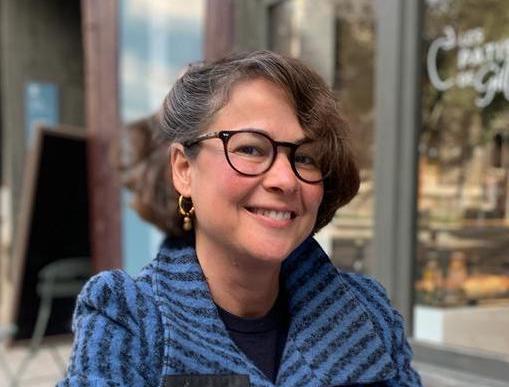 Read our interview with Ziggy Hanaor, founder of Cicada Books.

After a brief career as a script editor in television, I decided to move into publishing. I managed to get an internship and then a job at a company called Black Dog Publishing, where I worked on a combination of paid-for-projects for architects and artists, and self-initiated, more commercial books.

It was a mad company. I thought the boss was a more than a little unhinged, but also gave us a lot of freedom. We could pretty much put the books together however we liked with the one caveat that we were never allowed a budget. For anything. It was a baptism of fire into publishing punk/DIY style.

Whilst at Black Dog I had a number of pretty solid successes – an alternative craft book, a book about recycling and another about the architect Alvar Aalto. They haven’t necessarily stood up to the test of time, but they sold really well and gave me the confidence to think that if I could make it happen in the tenuous, highly-strung circumstances of Black Dog, I could probably do it elsewhere.

As soon as I found out I was pregnant, I handed in my notice at Black Dog. It was such a fraught environment, I didn’t really want to stick it out. I worked as a freelance editor throughout my pregnancy, and assumed that once I had a baby I would find part time editorial work somewhere.

This proved harder than I thought – the companies that I wanted to work for were only looking for full time employees.

So I started Cicada Books when my daughter was nine months old. Initially it was intended to bridge the gap and keep my hand in the game whilst my babies were little, but it quickly became much more than that.

As I was emerging from the fug of new motherhood, my designer friend Joana came to me with an idea of a travel guide written and illustrated by artists and designers around Europe. I thought it was a great concept, and I figured if my ex-boss could run a company (however ramshackle), so could I.

A friend of mine from Black Dog had moved into distribution at Thames and Hudson, so I knew that if I could put the books together, he would be able to get them into shops. It was a heady cocktail of naivety and cockiness that made me set up the company, and it pretty much carries me forward today!

I was lucky enough to have a partner with a decent job and enough savings to print and ship the first few books that the company published. The books did well enough that I could reinvest the earnings into future titles, and gradually the output grew from one or two books a year to the current 10 or 12.

The picturebooks are for ages 3-6 and the non-fiction is aimed at ages 6-11. We also publish a smattering of adult titles.

We are active on Instagram and Twitter and we have a press list of people in the UK who we send books out to. There is not a lot of marketing infrastructure in children’s publishing in Britain. It’s much more organised in the States, so over there we have a publicist, who does a great job of getting reviews and occasionally awards.

We probably could take a more imaginative approach to marketing. Apart from a few books that have got some great press coverage through our usual outlets, I can’t think of any amazing breakthrough strategies that we’ve used.

It’s very hard being a small publisher – the odds are really stacked against you. It’s a high-risk, low return industry, with the big publishers eating 90% of the pie.

The advantage is that we’re small and nimble and imaginative. When we manage to stay one step ahead, producing content that feels fresh and different but also relevant, that’s when we manage to beat those odds.

I love what I do. I love finding illustration talent, I love writing and editing texts and I love the feeling when I can see a book in my mind and I know exactly how to slot all the elements together to turn it into a reality.

Running a small publishing company can be frustrating and demoralising, but I also can’t imagine any job that would be more rewarding.

I find inspiration in lots of places – in galleries, in books, in charity shops and on Instagram. My husband is a television writer, and I find his creative outlook inspiring. I also love hanging out with kids (both mine and other people’s). When I know I can make a kid laugh, I know I’m onto a good idea.

My daughters are 12 and 14 now, so they don’t demand the same amount of time and energy as they used to. When they were younger, I would basically work school hours most days and put them in some kind of after-school club a couple times a week. In busy periods when books were going to print, I would work in the evenings after they had gone to bed.

What’s your advice for someone wanting to do something similar?

Really I have one piece of advice, which is to trust your gut. Work out what you like and what you don’t like. In my business it’s about what visual styles do I connect to and what stories do I want to tell. And then just do that.

Don’t try to second guess your market too much. If you want to be one step ahead of the curve, you have to trust your instincts and be bold.

Find out more about Cicada Books.