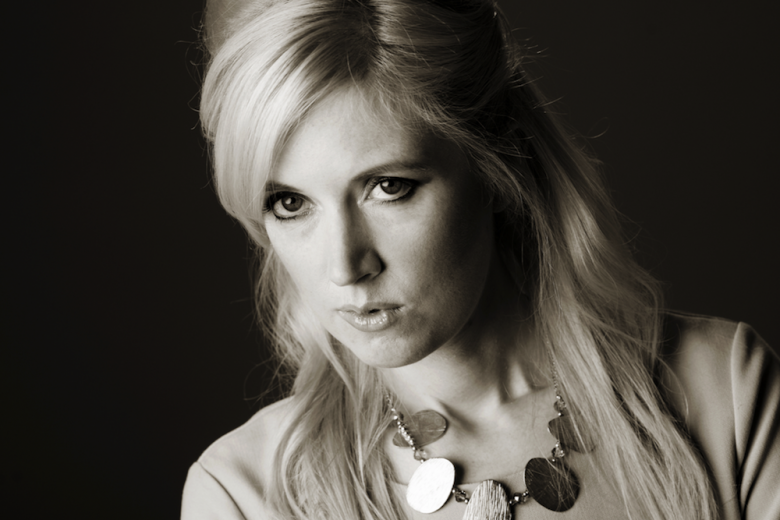 Ever dreamed of becoming an Oscar-winning film director? Find out what inspired The Film Festival Doctor Rebekah Louise Smith to make her own movie, and why being considered a ‘niche’ is holding female filmmakers back.

When did your love affair with movies begin?

When I was 12 years old and saw PULP FICTION for the first time. It was on a satellite television channel and I was glued to Tarantino’s engaging dialogue, characters and his stylish and unique violence – no one can ever surpass his style.

Your PhD thesis was on Quentin Tarrantino films. What draws you to his films in particular?

First and foremost his characters – what they say, what they do and their way of living are awesome plus they feel extremely real, funny and unpretentious.

What inspired you to start your company The Film Festival Doctor?

I was co-producing a festival in Wales called the Abertoir Horror Festival and it was during this time when I realised how much I loved working within this area.

It was in fact the filmmakers who were attending the festival who inspired me to start my company as they needed help.

The problem which needed resolving (and which I could solve) was that there were no companies offering specific services to create a successful festival strategy for their film and working with them as part of their team to get their films into festivals worldwide.

Why is entering awards important for film makers?

For a filmmaker who wins any type of legitimate award this will help them with their profile and build a desirable image to their film industry peers.

This is exactly what happened to the brilliant filmmakers behind the UK short film THE SILENT CHILD who won the top prize at the Rhode Island Film Festival and they then went on to win the Oscar.

You’ve helped your clients win over 500 awards. Do you have any advice to help creatives succeed in festivals and awards?

Yes – the golden rule is to always create a streamlined and focused festival strategy.

It’s important to know your film and which type of festivals around the world would be interested in it. Taking a scatter gun approach that is not in alignment with your goals and your films strengths will not be successful

What’s your all-time favourite movie, and why?

To this day my favourite film is still (and will always be) PULP FICTION! The characters, dialogue and quality of filmmaking never feels dated and it gets better every time I see it.

Your own business is all female. What holds women back in the film industry, and what more can be done to help them?

Yes indeed! I have an amazing female team supporting me which I’m truly grateful for. I think the main thing which holds women filmmakers back in the industry is being perceived as an overall ‘niche’.

There are for example some great female director focused film festivals and I’m a big fan of them, however I’d like to see the general film festivals judge the ‘Best Director’ for a short film, a feature film and a documentary film to include both women and men and start to phase out the ‘Best Female Director’ category and let them compete with their male colleagues.

What’s the biggest obstacle you personally have had to overcome?

Having my business being taken seriously by my peers – there were only a small handful of companies around the world offering a similar service to myself at the time I launched it during 2011.

A lot of people whom I met told me it wouldn’t work as it was far too niche and no-one would be able to afford it. Both of those criticisms were limiting beliefs and I firmly believe that limiting beliefs don’t exist and that you can always turn this type of negativity around, so that’s what I set out to do and I’m glad I have now overcome those obstacles.

You lecture and mentor at Middlesex Uni. What’s the top piece of advice you offer aspiring filmmakers and writers?

I always tell them to dream big and that anything is possible. I’m a firm believer in goal setting and that they need to plan their goals – I advise them to work backwards by identifying what their main ultimate goal is (i.e. becoming an Oscar-winning director) and then breaking that big goal down into smaller goals.

I also advise them to create daily goals so that they can begin taking the small stepping stones working towards the bigger goal.

You’re working on a horror movie starring Shayne Ward from Coronation Street and X Factor. What’s it like making your own film? Has it differed from your expectations?

Yes! I have a much greater appreciation and respect for producers since seeing what goes on behind the scenes when making a film.  You have to be flexible and adaptable to change, and things do suddenly change and can happen at the drop of a hat.

It’s actually a lot of fun as seeing a script develop from the first draft to the final draft is like watching a child grow from a newborn to a young adult. You see so much change and creativity it’s sublime.

I’m very excited about our first film (called SKENDLEBY) and am now fully prepared for the adventure ahead!

Aside from my mother, I love Caprice – she’s a phenomenal business woman who has shown the world that she’s not just a pretty model but one of the most hardest working women in the world. Her energy is infectious, genuine and like me she’s always thinking of new ways to solve problems for her clientele.

Where would you like to be in five years’ time?

By this point, I would have established my brand further more in this country and have supported an abundance of American based filmmakers to achieve the goals and become successful in their careers.

You can learn more about The Film Festival Doctor here.

Are you a filmmaker wanting to give your film the
best possible exposure? Buy Rebekah’s Ultimate Film Festival Strategy Guide for just $98 and create your own streamlined and focused film festival strategy.