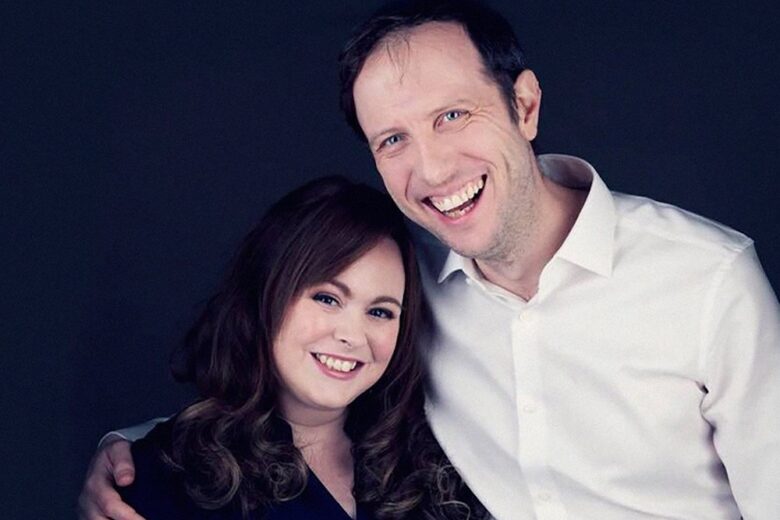 Find out why Lisa Fleming founded charity Make 2nds Count, and why, when it comes to cancer, it’s important to be aware that none of us can ever be too young, too fit or not at risk.

What was life like before you were diagnosed with cancer?

Back in 2017, life was fast paced! I was juggling work, being a mum to our then four-year-old and travelling to different places as much as we possibly could! As a family we definitely worked hard but played just as hard. Life was where we wanted it to be.

What happened when you were diagnosed?

I had no primary diagnosis. Breast cancer wasn’t on my radar. Since my teens I have lived with endometriosis so I was used to pain and hospital admissions. My back and arm pain was put down to that, secondary breast cancer was never mentioned or considered. As the pain progressed I lost mobility in my right arm and in the shower one day I noticed a change in a stretch mark.

I knew something wasn’t right but, yet again, cancer wasn’t mentioned. Finally, I was properly checked and that day went from dropping my son as normal at nursery to coming home that night knowing that I had breast cancer. Two days later I was told that I actually had secondary breast cancer as it had spread to every bone in my skeleton including my skull.

Even now four years on I still struggle to find the words to describe that day.

Why is it so important to you to spread the word about secondary cancer?

It’s incurable. Primary breast cancer is well documented. It’s like a relative that no one really wants to speak about.

Secondary breast cancer doesn’t discriminate, you can be diagnosed with it at any age and regardless of shape, size, fitness level or race. We need to change the narrative, raise awareness of the signs and symptoms of this disease and in turn save lives.

How many people are diagnosed with secondary cancer each year?

What are some of the biggest myths about secondary cancer?

To quote a recent article that I read stating that Sarah Harding’s passing was ‘An unusual case’. So unusual that 1,000 people die from secondary breast cancer every single month in the UK?

You are never too young, too fit or not at risk. Many of us are diagnosed without a primary diagnosis and go straight to secondary. Without education this will continue to destroy the lives of so many.

How does news about celebrities, like Sarah Harding, being diagnosed with or dying from secondary cancer affect the cancer community?

News of the death of any patient within the cancer community impacts us greatly. Not only do you experience sadness for the loss of another life but it’s impossible not to then think about your own mortality.

The death of a public figure such as Sarah brings an added feeling of anger and frustration to the community when the media doesn’t responsibly report the accurate facts surrounding secondary breast cancer. Sarah and all the other ladies (and men) who have lost their lives to this disease deserve for the correct information to be reported.

When and why did you decide to start Make 2nds Count?

At the point of my diagnosis, I had never heard of secondary breast cancer, neither had any of my immediate family and friends. I was hospitalized for a month initially which led to me having a lot of time to look up ‘Dr Google’.

I was dismayed to read about the imbalance in funding allocated to secondary breast cancer in comparison to primary (only 5-9%). There was also a lack of support out there for people with secondaries which left me feeling very scared and isolated. I decided I wanted to make a change, to turn my negative into a positive and Make 2nds Count was born from my chemotherapy chair.

What have been some of the biggest obstacles you have faced in your work with Make 2nds Count?

Finding the right structure for the charity has been a challenge for us over the past few years. Learning to look for the ‘right people’ in reality is easier said than done. Initially you may be blown away by an interview or a ‘pitch’ with a prospect offering the earth, moon and stars and this can be enticing. Especially within the charity sector when you are under-resourced.

It goes against the grain to turn down an offer of assistance down however in time I’ve learnt to step back and look at the big picture and evaluate where, how and if the offer in question will truly add value to us as an organisation.

I’ve always been a ‘hands on’ leader yet and initially when the charity launched, I struggled to step back from controlling every operational aspect. It’s something that I have had to work on over the years.

Knowing your weaknesses in business is just as vital as knowing your own strength.

Navigating a global pandemic when the charity was only two years old was also ‘challenging’ to say the least!

And what are your proudest achievements?

Some would say staying alive! Life on permanent chemotherapy is physically draining! Watching how Make 2nds Count has and continues to evolve on a daily basis gives me a sense of pride. Knowing that you are making a real difference to others in the same situation is a very humbling experience.

Raising our first million within three years was a key achievement yet we are such an ambitious team that we are guilty of not taking time to really stop and look at what we are achieving.

Know your own normal. Cancer is an extremely ‘clever’ disease and it can be masked by symptoms that you may not realise are indicators of cancerous activity. Always ensure that you speak to your GP if you are unsure about changes in or to your body.

Check your breasts often and ensure that you educate yourself on the signs and symptoms of secondary breast cancer. It could save your life.

My cancer is currently stable or as I tell my son ‘it’s asleep’. I know at some point it will wake up which is why I try to live my best life and truly make every second count.