Interview with Jaime Thurston, CEO of the kindness charity 52 Lives 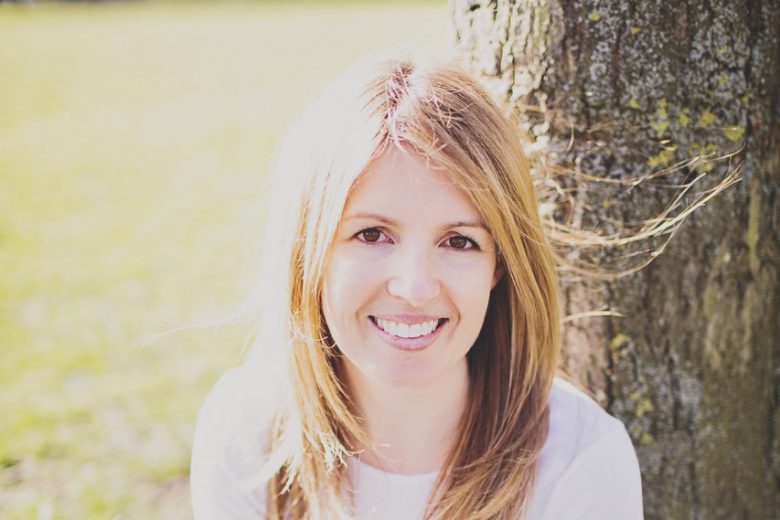 Find out why and how Jaime Thurston launched the kindness charity 52 Lives, which changes someone’s life in the UK every week of the year – with the unexpected help of Holly Willoughby!

And discover how Jaime has grown 52 Lives from a Facebook page into a global network of almost 100,000 people that has the support of 52 celebrities, including David Cameron.

I grew up in Australia and started my career there as a journalist. I moved to the UK in my  20s and worked for a Member of the European Parliament – I think it was that role that really made me change my career path.

I knew I wanted to move into the charity sector. So after that I worked for a wildlife charity, an organisation that supported families of prisoners, and was also a Member of the Independent Monitoring Board for a local prison.

It wasn’t always easy, but I loved it.

I left work to have my children, and it was during that time that I started 52 Lives – a charity that helps to change someone’s life every week of the year and spread kindness.

My career stopped for a long time after having children. When I had my first baby, I thought I would probably go back to work after my maternity leave. But when the time came for me to do that, I felt upset and not at all ready. I realised it wasn’t what I wanted and resigned.

I felt a little bit lost for a few months after that – I struggled with the idea of being ‘just a mum’ and realised that a lot of my identity and self-worth had been mixed up with my job.

It also made me realise that I must have had some judgements about women who didn’t go back to work – why was I so worried about being one of them? Looking back, it was 100% the right decision for me and for my family.

So I stayed home, and when my first two children were around three and five, I (slightly accidentally) started a charity.

Where did the idea for 52 Lives come from?

It began in 2013, when I came across a wanted ad on a classified website – it was a young mum looking for someone to donate a rug to cover her broken floor so her toddler wouldn’t cut his feet.

She sounded desperate. I didn’t have a rug, but I emailed her to offer to collect a rug if anyone donated one. The more I learned about her, the more I wanted to help. She had escaped a bad domestic situation and was starting over again with her three children.

After periods of homelessness – and even living in a garden shed – they finally had a home but they had nothing and no-one to help them.

My friends and family ended up helping with all sorts of things for her house. The day I delivered them, she was in tears, and it wasn’t because of the things I was giving her – it was the fact that people cared about her.

I remember driving away from her house with such a good feeling (it was only later that I learnt a bit more about the science behind why I felt that way… kindness changes our body chemistry and gives us a natural high). But more than anything, I felt like it had been so simple to help make that woman’s life better.

I knew I wanted to do more, and so at 5am one morning, with a toddler on my lap, I created a Facebook page and called it 52 Lives. I thought it would be a little way for my friends and family to help people in need, but it has since grown into a global movement of almost 100,000 people who unite every week to change people’s lives.

How did you move from idea to actual charity?

I never had a plan for 52 Lives to become a charity, and I’m a big believer in letting things happen organically rather than over-planning and setting too many goals. I think that sometimes setting clear goals can actually end up limiting you and closing you off to opportunities and ideas.

When I started 52 Lives, it was just a way for my friends and family to help people. People liked what we were doing – the Facebook page slowly gained supporters and after about 18 months there were around 4000 people who followed it, and we were doing – usually small but lovely – things to help someone each week.

Everything changed in 2015, when I was surprised by Holly Willoughby on the TV show Surprise Surprise. They had so many people we had helped in the audience and had even flown the first family we ever helped over from Australia.

It was incredible. Overnight we gained around 60,000 supporters. People were wanting to donate, to set up direct debits… but 52 Lives wasn’t even a charity at that stage.

I was also very fortunate to be approached by a corporate sponsor – Gala Bingo – who wanted to support 52 Lives. Since that time, they have raised funds every single week for us – which has equated to nearly £450,000 over the many years they have supported us.

The following year, I won the Clarins Woman of the Year Award, which came with prize money that helped us to launch our School of Kindness. We run free Kindness Workshops in primary schools every week, and work with around 5,000 children each year.

100% of what people give to 52 Lives goes to the people we help. That’s very unique for a charity, and we’re lucky to be able to operate in that way. We can only do that because of the support of Gala Bingo. They raise funds to help us change lives, and also cover our costs.

We have a large, amazing community of kind people across our social media platforms who help to spread the word every single week. 52 Lives is very much a place of kindness and that’s all down to the people who are in our social media community.

We have also always been quite fortunate when it comes to PR. We gained a lot of initial celebrity support from Surprise Surprise, and last year we were also promoted on the Duke and Duchess of Sussex’s Instagram page, after they chose us as one of their Forces for Change.

But above all else, I think it’s our weekly stories that really help us to reach so many people. They’re real-life stories of people, of kindness and of communities coming together to support one another. It touches something quite deep within us.

I’m not sure if this is an obstacle, but after Surprise Surprise I felt completely overwhelmed. I woke up the next day to about 150,000 notifications on my phone. I had people wanting to help, people needing help, and a LOT of people giving me advice about what I should do next.

I felt like I had this big audience of people ready and willing, but had no idea what to do with them. So, for a little while, I did nothing. I stepped away from all those messages and tried to think about what to do next.

I thought about why I started 52 Lives in the first place – to change someone’s life each week and spread kindness. And I realised that whether we had 100 supporters or 100,000 supporters, it didn’t matter. It wasn’t about numbers. It was about kindness.

So we have stayed true to that original vision. Our stories might reach a lot more people now, and we can often do bigger things to help people, and run special projects from time to time, but helping to change a life every week is still at the core of what we do.

I published my first book in 2017 – that’s something I never imagined would happen. It was three years ago, and I still can’t pass a book shop without going in to look at it.

I don’t think work in general is important to me – I’d be perfectly happy being a stay-at-home mum again. But the work I do is important to me. I like doing something that matters and that contributes in some way to making the world better.

And I don’t just mean by giving people things – we do give people tangible help, but the people we help all say the same thing – that it wasn’t the ‘thing’ we gave them that changed their life. It was the kindness and the fact that someone cared about them.

Kindness improves our physical and mental health – whether we’re receiving kindness, giving kindness or even just witnessing kindness. It is such a powerful force for change, and determines the kind of world we have.

Our supporters. We have such a strong community, and I feel like I know so many of them personally now. They’re an incredible bunch of people.

It’s not always easy, and I feel like I fail at it a lot – this was especially the case during the lockdown. But I try to make sure now that if I’m going to neglect something, that’s it’s work I neglect and not my family.

Sometimes we can overthink things or believe we have to have everything perfectly planned out before we start. But if I had sat down and planned out where 52 Lives would be five years from when I started, I don’t think it would be where it is now.

My best ideas have always come when I’m lost in my own thoughts. I think social media and screens can really inhibit creativity. There’s so much noise and little time for reflection.

3) Don’t get too caught up in numbers/followers/likes

Find out more about 52 Lives.

Published on Jun 26th, 2020 by Hannah Martin
We use cookies on our website to give you the most relevant experience by remembering your preferences and repeat visits. By clicking “Accept”, you consent to the use of ALL the cookies. However you may visit Cookie Settings to provide a controlled consent.
Cookie settingsACCEPT
Manage consent