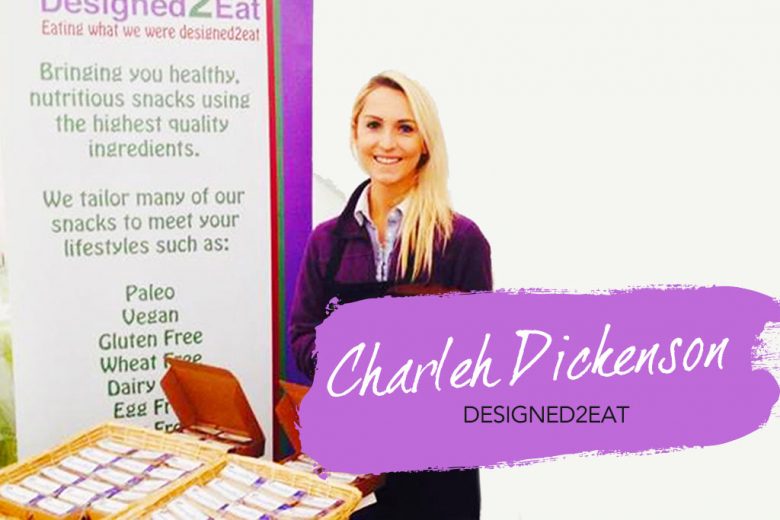 At only 20 years old, Charleh Dickenson is an experienced blogger, entrepreneur and university student. She tells us how she started her food business, Designed2Eat aged just 19, and how she plans to balance her work once she becomes a mum.

Why is healthy eating so important to you?

Initially, healthy eating was important to me because I wanted to be the best at my competitive sports.

Now that I no long compete seriously, (I still race and sponsor for my university ski club SHUsnow), I believe eating healthy is so important for everyone as you feel great all the time, you are more efficient in all your endeavors and you are overall happier and live longer.

What inspired you to start Designed2Eat?

In January 2013, when I was studying my A-levels, I started a healthy food blog within the Paleo lifestyle which rapidly grew in popularity on Instagram.

My father recognised my passion for healthy eating and the effects food has in relation to your health and as a consequence bought me a company (Designed2Eat) for my 19th birthday in September 2013.

We sold healthy products through my food blog but it wasn’t until I came to university at Sheffield Hallam University, study Food Marketing Management as well as started to work within the food industry in Sheffield that I discovered my passion for food product development.

Over the next year, I developed a range of yummy cakes such as our Fudge Brownie which is high protein, high fibre and one of your five a day as well a sweet coconut cake which is famed as the best pre-workout snack.

What makes your products different?

We specialise in a range of cake and cereal which are dairy, gluten, wheat, egg, soy, corn, baking yeast free plus only have naturally occurring sugars which are suitable for Paleo, Vegan, diabetics, healthy eating and athletes.

We sell them online through our website in a variety of cake sizes from small bite-size to large 9-inch celebration cake which we deliver through the post.

We have only recently launched our celebration cakes because we have specially designed cake packaging which allows us to send the cake though the mail service: be bashed around, flipped about and still arrive to the consumer in the same, high quality condition in which we sent it.

We also sell RAWnola which is the first grain-free healthy cereal in the UK and is a taste sensation which explodes in your mouth packed full of flavours – cinnamon, all spice and cloves.

How did you get the company started? What were your first steps?

Designed2Eat started as a healthy food blog specializing in vegan and Paleo food in order to create English recipes which would enhance my sporting career as well as my athletes at affordable prices.

This was January 2013, when Paleo was less well known and still had very American-based ingredients.

It was upon starting university that I began product developing Paleo recipes as well as affiliating other healthy products which were much harder to obtain at the time, such as coconut oil – this now isn’t so much of problem!

Designed2Eat’s name came about whilst I was still sat on my lifeguard’s chair and thinking “What are my recipes? …They are recipes in which you are designed to eat!” And now it’s about promoting healthy eating and starting to feel great.

It wasn’t until I joined Nourish Fast Food Restaurant which gave me the push to launch my cakes in the summer of 2014 and since then Designed2Eat has been getting bigger and bigger.

You’re currently studying at university as well as working for a PR company. Your life must be crazy!

Yes it is! To give you an example of a not-so-average day, just recently, I was at a brand booster workshop for KeepYourFork (a PR company I work for) when I found out that my supplier, Fundamental Supplies, couldn’t do a competition because his paraplegic daughter had broken both her arms.

I agreed that I would do the competition at the weekend neglecting to ask where this competition was. It turned out it was in Dover! (I live in Sheffield and our registered kitchens and supplier are both in Wigan.)

So that afternoon, I had to finish of a report, hand it in and then go to Wigan. I then baked, packaging over two days and drove all the way to Dover (eight hours) on the Friday evening.

I drive a bright, yellow, Suzuki Altro (which looks like the yellow Inbetweeners car) and has two front wheels which deflate after two hours of driving. After many hours of driving and repeatedly pumping up my wheels, I arrived safely – even if I did go around the M25 the wrong way and added an extra two hours to my journey because I got lost!

I had a successful competition in Dover and finished at 7pm. Because I had no hotel I had to drive all the way back to Wigan that night – pumping my wheels up every two hours in the cold, ice and fog until 2am.

On I an average day, I live very happily with a bit more balance to my life (eight hours of sleep, at least 30 minuntes of exercise, work and social life) with my boyfriend, Johnny Pawlik, Mantra Media, in Sheffield.

What is your vision for Designed2Eat?

In the future, I would love to see Designed2Eat products in all the convenience stores and local coffee shops/cafes as well as an expanded range of cereal flavours.

In addition, I hope to develop a healthy/Paleo/vegan ready meal range and eventually become a nationwide fast food change with delicious, quality food.

How do you think your approach to work will change when you become a mum?

I’ve always approach my work with the attitude ‘I can only do my best’ and if something doesn’t get done that day, then never mind. There’s no point fretting and losing sleep over it when you can have a good night’s sleep and be able to do it better the next day.

I’m pretty organised now, by using my Sundays to organise, tidy, clean and meal prep for the week, but a few more lists and calendar’s will proably start to appear on the fridge once I have kids!

Ultimately, my work routine will evolve around the kids. I still have memories of my dad writing a whole book whilst watching me train!

Also, there’s nothing like having a supportive partner to help out (my boyfriend is also self-employed). We’ve always seen this as a bonus of having two self-employed parents as we would have more flexible hours.

What advice do you have for other aspiring entrepreneurs?

Be prepared to work very hard but reap the rewards over a longer period of time.

Most importantly, no matter how stressed you feel, there is always time for sleep, food and rest. You’ll be more successful with it.

You can find our more about Designed2Eat and buy their products on their website. 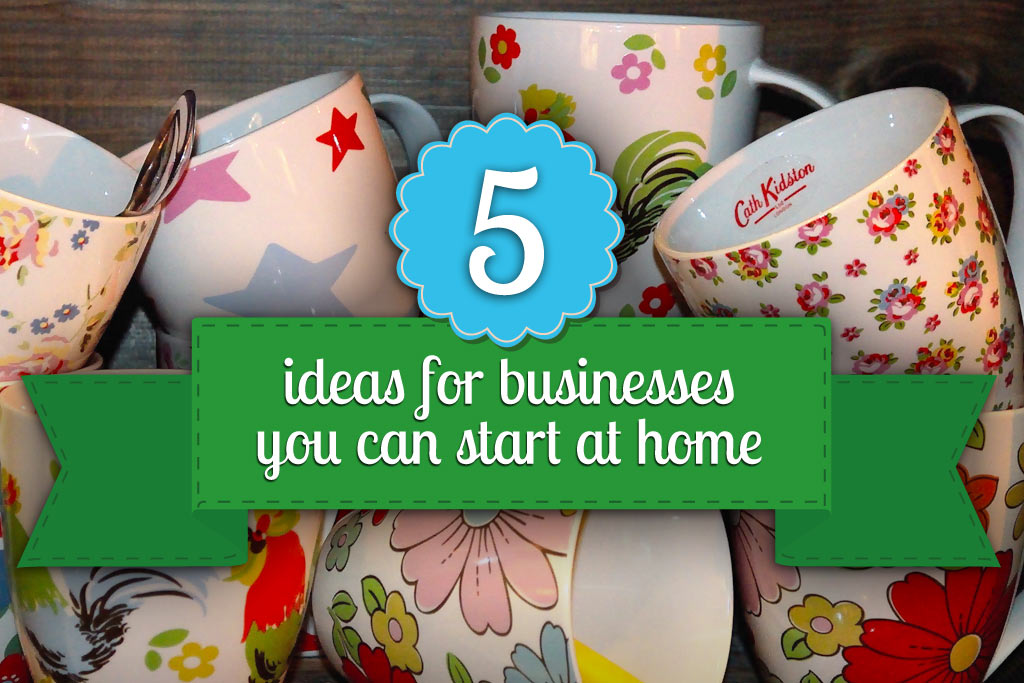 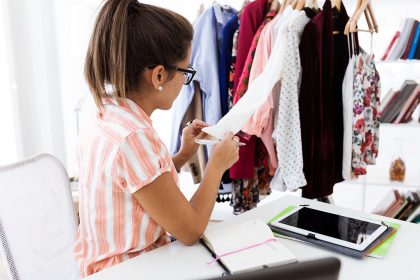 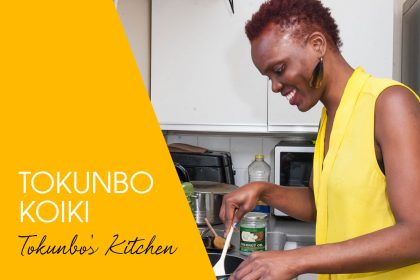 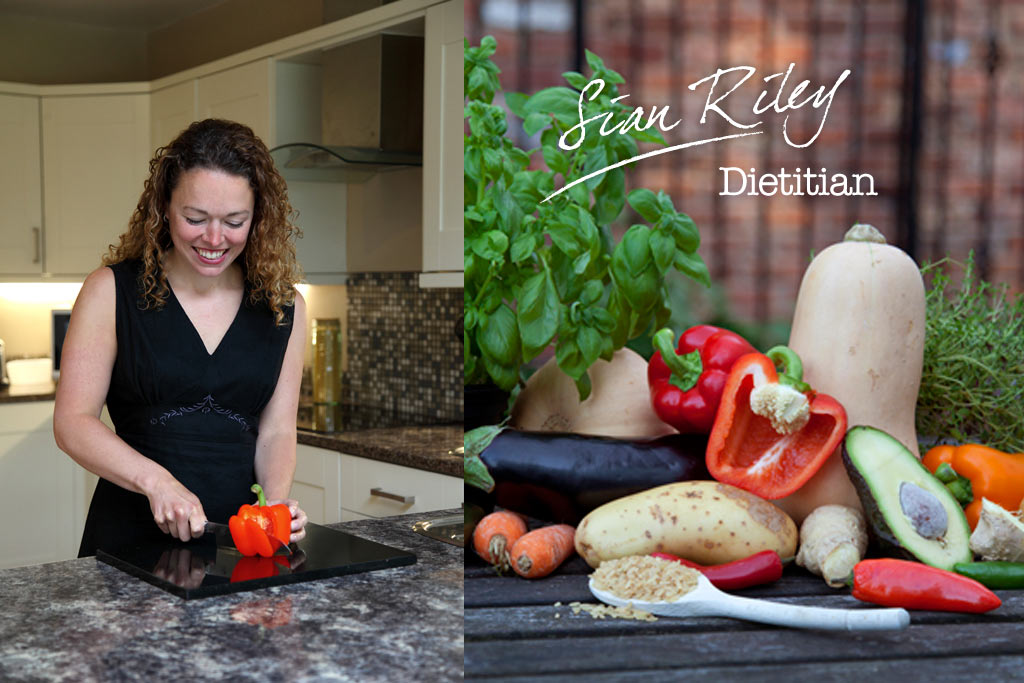 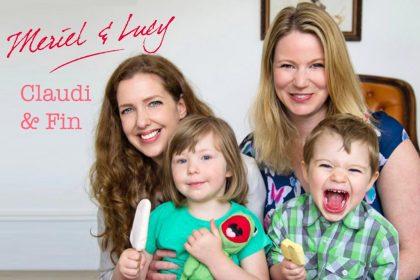 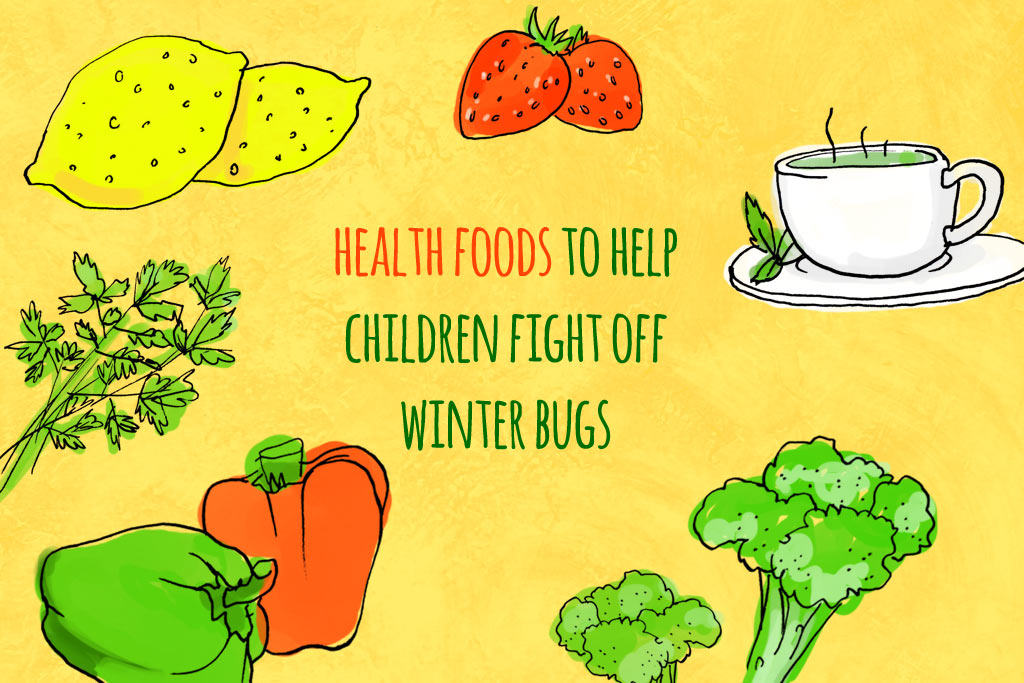 What ‘health’ foods will help my children fight off winter bugs?