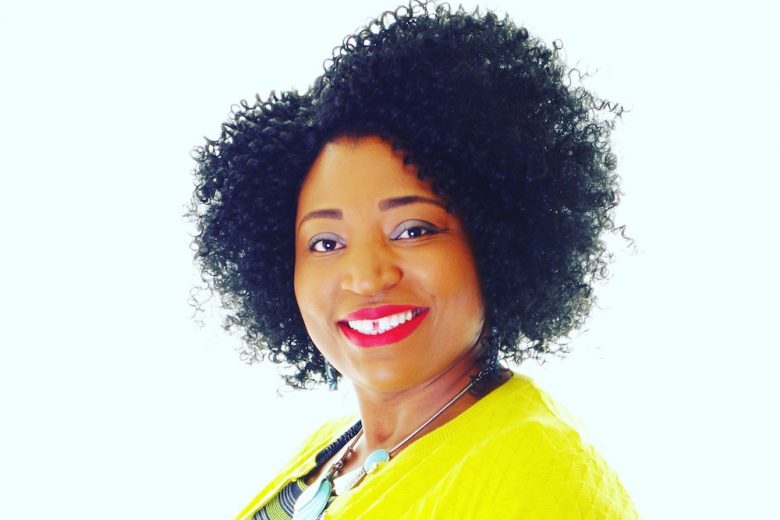 My family and friends would describe me as a restless serial entrepreneur. I’ve worked in the civil service these last nine years as an administrative officer, (customer services) whilst running a cleaning company and laying the foundations for my K’s Wors national rollout.

In 2016 I was lucky enough to win the prestigious Black African Woman Rock award (female business person of the year) and in 2017 I was nominated for a Zimbabwe Achiever’s Award.

In short I like to keep on my toes, which is why I’m always seeking to broaden my horizons by keeping a number of balls in the air at any one time (for example, by studying for an Open University Diploma in English Law).

What was your Eureka moment?

As a vocal ambassador for African cuisine, I’ve been aware for some time now about the growing enthusiasm for international tastes and for sausages to be showcased in an altogether more gastronomic light.

It was during a charity event (2016) at a local park (I made some impromptu hotdogs to a family recipe to help out) that I suddenly found myself inundated with rave reviews and countless order requests.

To my mind sausages have spent too long in the wilderness, typecast as an inexpensive, quick-fix snack, sandwich fill, BBQ bastion or worse still, unfussy ‘fast food’ fodder.

The very existence of National Sausage Week (29thOct -4thNov) shows the deep-rooted affection this nation reserves for the humble banger.

If I had to describe our boerewors in three words they would be authentic, spicy and inner happiness. In Southern Africa boerewors were part and parcel of those spontaneous, informal gatherings where friends and family came together, where the braai (BBQ) burned brightly and impassioned, rhythmic music filled the air.

Traditionally intensely meaty boerewors (up to 92% meat content) were assembled by local butchers blending some of the very best coarse cuts of meat (beef, pork & lamb) with a variety of bold seasonings that always includes a generous smattering of coriander. Such is the local affinity to this time-honoured boerewor that its make-up is jealously safeguarded by South African law.

From the very outset our ambitions were three-fold: 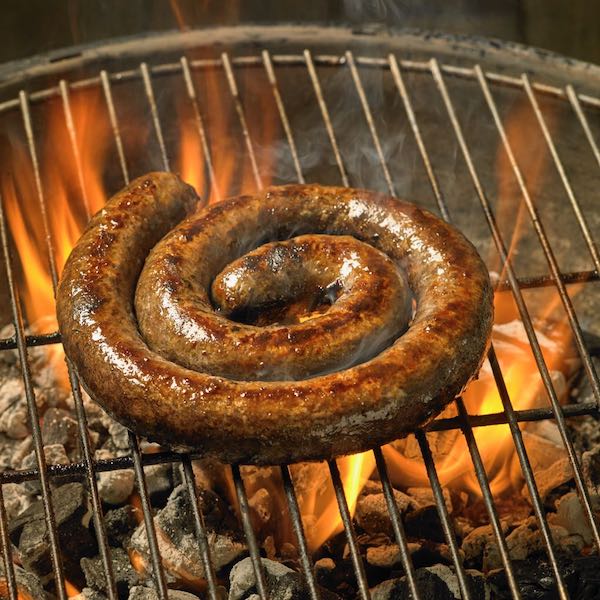 To bring often overlooked Southern African cuisine to the global food space reigniting the age-old debate regarding what constitutes the perfect banger.

It’s very early doors for K’s Wors having taken two years to get this project off the ground. This is without doubt a food arena where taste speaks louder than words, which is precisely why we’ve taken the time and energy to build a tight-knit loyalist following via a number of community events and concerts.

With our new packaging and brand identity now in place, we’ll be putting our regional favourite onto a national footing, (Lunch Sept ‘18) sending samples to in-the-know food editors, participating in National Sausage Week celebrations and joining the very best food pioneer gatherings (Bread & Jam) where there will be countless opportunities to liaise with kindred spirit ‘foodpreneurs’ and pitch to like-minded retailers.

We were especially proud of the fact that three of our five strong range have already secured Great Taste Stars even though we don’t officially become a national player until mid-September ‘18.

Our most exciting marketing avenue won’t break until early 2019 when we’ll be featured in a thought-provoking BBC documentary which explores the countless obstacles that stand in the way of an ambitious start-up securing adequate financial backing from the traditional banking system. The reporters will dig deep into the constant spectre of debt and its role as an unwelcome brake when it comes to fostering innovation and taking an idea to market.

While it’s too early to say for sure, working with a small marketing consultancy that’s specifically geared at ambitious disruptor brands might well prove to be a masterstroke, a piece I incidentally read on the Talented Ladies website.

As hinted earlier on, securing start-up capital is pivotal to giving your brand a genuine chance of success. K’s Wors was lucky enough to secure financial assistance and mentoring from the Fredericks Foundation, an ethical lender who saw something special in our business and wanted to give us a timely leg-up.

The founder of the *Fredericks Foundation, Paul Barry-Walsh, a successful IT engineer had himself  struggled during his business’s formative years to find a source of meaningful financial assistance, so was determined in later life to offer small business loans to a number of ‘fantastic brands of tomorrow.’

In typical, ‘wait for one bus and then two come along,’we’ve just been invited to become a graduate of the 2018-19 Natwest Entrepreneur Accelerator Program

*To date the Fredericks Foundation has spent in excess of £5m on some 1300+ investments, protecting or creating over 3,000 jobs.

Take any setbacks on the chin and learn from whatever mistakes you make. If being an entrepreneur was easy everyone would be doing it!  However bleak the setback, there is always a positive learning to be made if you look hard enough.

Learn to juggle – sometimes one needs to play the longer game to achieve one’s ‘end of the road’ goals. Of course in an ideal world I’d like to devote 100% of my energies to making K’s Wors a success, but in reality strong foundations and family stability are central to longer-term success, which is why I won’t leave the civil service until my dream food business has really taken root.

Beware petty self-interested parties. As a rule people are only too happy to help new businesses succeed and yet occasionally you meet inspirational business mavericks who’re more interested in protecting their own turf than sharing their highly respected know-how. I have made it a personal pledge to give back as I grow, staying true to the vast majority of kind voices who’ve helped me on my way.

You can find out more about K’s Wors Boerewors on Facebook.