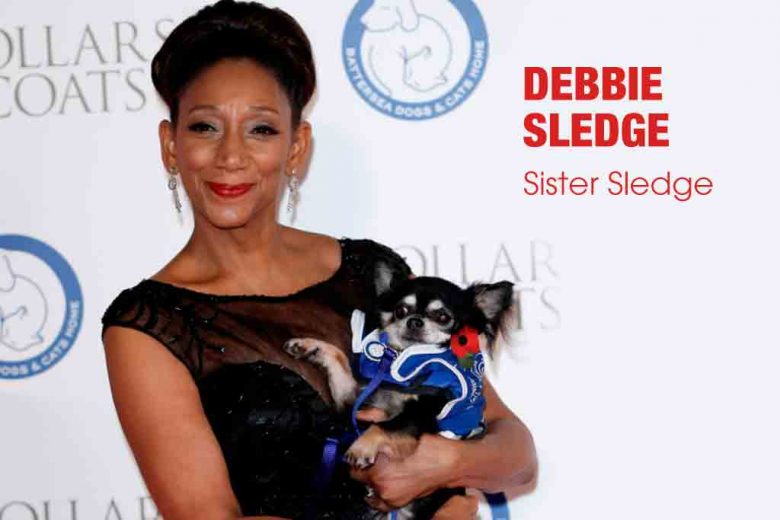 When Debbie Sledge and her sisters first started out as schoolgirls in Philadelphia, opening for artists like Aretha Franklin and the Pointer Sisters, they could never have imagined that they’d one day be performing for the Pope and President of the USA.

But in a hugely successful career spanning four decades, they have achieved all that and more, while raising families of their own.

So we were very honoured to have the opportunity to speak to Debbie, and find out about the struggles she’s faced in her career, who inspires her, and what the group are planning next.

Sister Sledge were together for eight years before you achieved mainstream success. How did you keep going?

Part of the reason we were able to keep going is because we were lucky to have encouraging people around us who believed in us. We’ve also been inspired by people who have achieved a strength in their lives, and are willing to invest in others.

But I think the key thing that kept me going was my faith. We grew up in a home where our parents and grandparents were men and women of faith, and I myself came to have a faith in God at a young age. I believe though that faith is entirely personal – you can believe as much as you want to.

As a family we’ve been through an awful lot. And through it all – those early years and the many we have survived since – my faith has given me strength. I believe that there is nothing you can’t accomplish as long as you choose love.

What struggles do you think women face in pursuing careers?

I think the biggest struggle is not being seen as equal to met in the same position. And the second one is having to juggle more.

We came up along with a lot of male groups, but there were very few other female singing groups coming up. One of the main advantages that the men had was that they have wives to take of their lives, while we were trying to juggle both.

It’s really heart wrenching when you have to leave your children to go on the road. Fortunately we’ve had a support network of aunts, and my mum has been a big help with my kids. But those were things we have struggled with.

Our attitude though, was always to use the negative for our advantage wherever we could. You can’t necessarily change the situation you’re in but you can change the way you respond to it.

You’re currently working on a new album. What’s it about?

It’s called Nothing Is Greater Than Love and it centres around the tension we’ve faced as sisters. It reflects a moment in all our lives where the rigours of life’s ups and downs pave the way for a need for a powerful message to conceptualise the important global values of peace, love and empowerment.

From the atrocities people experience in war torn countries to the suffering felt by those closer to home in the form of poverty, disease and abuse, we believe that there is one healing force that can conquer all, and that is love. With love comes empathy, compassion and trust – the building blocks of any relationship.

From our work with international charities we’ve seen the strength of love on a global scale to our very own neighbourhoods, where oppression has culminated in stressed environments causing physical and mental abuse.

The message of love has resonated deeply with us on a number of occasions and throughout our lives. Even our own family relationships have tested us. And each time we have endured this pain, it has reminded us that, actually, there is nothing greater than love. 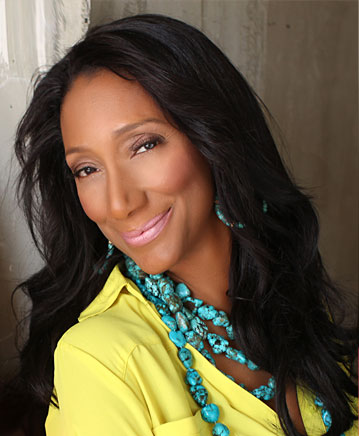 How do you resolve conflict in Sister Sledge?

I often turn to the bible for inspiration as it’s packed with wisdom. This morning I read a scripture that said something like, when you are living a virtuous life before God it will stop the mouths of those speaking against you. This is timely for us because we’re going through something now, so I shared it with my sisters.

One of the things my sisters and I do is to try to remember that people are going through difficult experiences or emotions, and sometimes that is the reason why they act in a hostile way or do hurtful things.

If someone treats you badly you don’t need to react on the same level as them. I caution my sisters not to become stuck in that place of hurt, and not to get distracted from what you’re really supposed to be doing; it will only take you off your own path. Instead you can choose to take the high road.

Do you think music has the power to change the world?

Absolutely, yes! Music goes straight past your brain, right through your heart to your soul, and I believe it can heal and uplift.

It’s important that our music changes peoples’ lives in a positive way. So many people have come up to us and said how much our music has touched them, and we find that very encouraging. More than that – it’s what keeps us going. We’re excited about it and feel very privileged to be in a position to do that.

I believe that’s one the reasons we’ve enjoyed such a long career. When you are doing something you enjoy it is not like you are working. You can keep going, and it actually gives you energy.

We’re excited about the new album. It’s a collaboration – we’re writing it together. We want to uplift, encourage and empower with our music. The working title of one of our new songs is Women are the music of the world.

And finally, who inspires you?

I admire my grandmother, who was opera singer, and my mum who is a powerful lady. She practically raised five daughters on her own while working – sometimes juggling three jobs.

I also admire Hillary Clinton and the civil rights activist and first black female Secretary of State Dolores C Tucker. She affected so much change, and was so inspiring.

You can keep up to date with Sister Sledge’s latest news on their website.