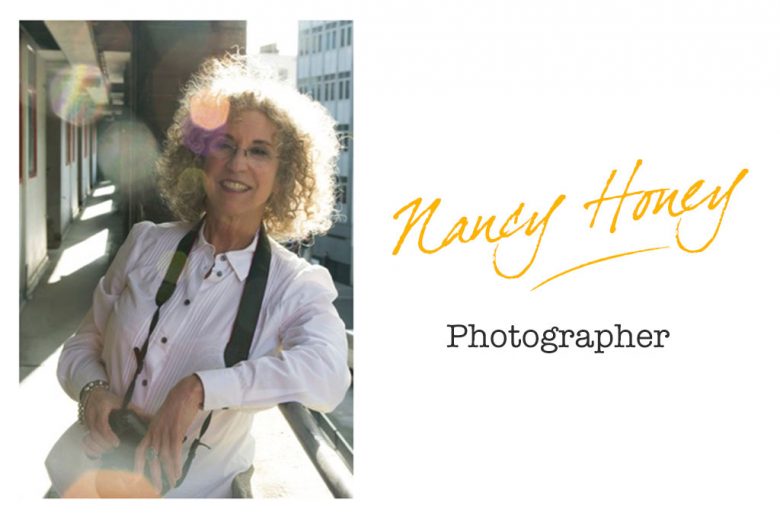 What’s it like to be a highly successful woman? And what lessons can they pass on to us? These are the questions photographer Nancy Honey asked 100 of the UK’s Leading Ladies in her fantastic book and exhibition. She tells us the story behind the project.

What inspired you to start this project?

Although I first had the idea for this project at the end of 2011, it was an idea that has evolved over time. Having done many personal projects about my own womanhood over the years, I’ve always wanted to do a project about influential, high-powered women.

For most of my career, and especially after I became a mum myself, I have felt inspired by women who seem able to manage a more than full time job, and often have a family as well. In my own field, the standout example was Eve Arnold.

Why did you choose former Times journalist Hattie Garlick to interview the women?

I knew Hattie Garlick for a very long time and admired her journalism for The Times when she was there, so it seemed natural to commission her to do the interviews.

She had just started her young family and had all of the same questions about children and career and work-life balance that had been plaguing me for years!

How did you decide on your 100 women?

The list evolved organically. The women that I contacted who agreed to participate in the project were very generous. They kindly offered suggestions of other inspiring women that I could photograph, as well as ways of raising sponsorship, business plans, and organisations I ought to contact about the project who might help.

I gradually started to build up a list of women who accepted my invitation to be photographed and interviewed. I was so pleased that the names were so diverse – some are well known to the general public, and others only recognised in their fields.

Who are your own personal heroines?

I have personal heroines who I very much admired and had always wanted to meet and photograph who agreed to be in the project.

These women came from many different sources in my life. For example, Barbara Hulanicki who started Biba, a shop which definitely had a profound effect on me and whose drawing and style I have followed since they were in Vogue in the ’60s.

I had always been a huge fan of Virago so meeting Carmen Callil was a dream come true. And Shirley Williams was a role model of mine. When I first heard her speak, I was absolutely amazed at the speed of her mind and her eloquence.

The fact that these women came from such different walks of life was key to how I structured the project. I wanted to represent the women who are influential in today’s Britain across all different fields – from my generation upward.

It’s a snapshot of the history I had lived through. I have lived in Britain for the past 42 years and have seen many changes, having been assimilated into the national zeitgeist, I suppose, as much as it is possible for an American. 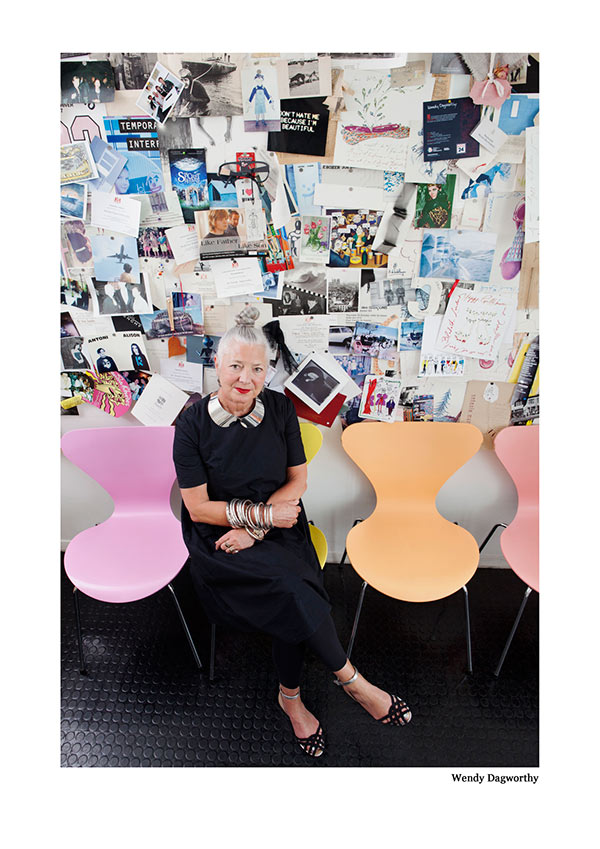 Why do you think this project is important for younger women today?

So many of these women were high achievers and yet they’re not well known. This confirmed my view that this was an important thing to do – create a living list of role models for the women in their 20s just starting a career and a family and wondering how they could possibly balance their lives, as well as women who are already mums.

It’s also important for girls in their teens who think of feminism as something negative, possibly still unaware of the sexism that could hold them back on many levels.

What was your experience of meeting these women like?

I asked the women in the project where they go for inspiration, to think or just to relax. Meeting them and being invited into these special places was positively fascinating.

I went to the Houses of Parliament a number of times, and I travelled to many amazing homes, from London to the deep countryside and all the way up to Scotland.

Germaine Greer showed us around the amazing garden and wood she had created from nothing, all the while regaling us with her colourful views on the world.

Even though we had never met, Averil Mansfield, the first female professor of surgery in the UK, invited my assistant and I to stay with her and her husband in their cottage in the Lake District, where they had retired after doing it up as a holiday home for many years.

She must have been pretty surprised when I asked her where her special place was and she said “I don’t suppose you’d come to Cumbria” and I said “Yes, I will!” Averil cooked an unforgettable meal and we had a delightful time with her, including a look at their burn reached by a ride on Jack’s homemade railway.

I remember one of the coldest, brightest, blue sky winter days walking through such thick mud on Helen Browning’s Wiltshire pig farm that my assistant and I had to hold onto each other to make any progress through it.

I saw also some fabulous interiors, like the 1930s home of Helen Hamlyn, which is the only domestic building Erich Mendelsohn designed in Britain (where I photographed her in the 1970s Norman Foster conservatory).

Lucinda Lambton, on another freezing day, entertained her dog by playing the harmonica to make him howl in her Victorian Gothic home, reminiscent of one of her beloved follies.

Gail Rebuck sat among her astonishing art collection, more diverse than a major gallery, while Mary Contini chose her childhood home of Musselborough, where she posed on a pile of ropes on the very tip of the harbor wall in the spring evening light.

In Caroline Cranbrook’s Victorian greenhouses I was spoilt for choice and fascinated by the rare cultivars. The famous Barnsley boutique, Pollyanna, was the setting for Rita Britton, who built her empire there whilst introducing high end Italian design to the North of England. It also has a wonderful little café, where we lunched.

The Olden Garden in North London selected by Sheila Dillon, is a railway bank community garden, where only members have keys. Churches featured in choices as well and Helen Garlick told me that she often stops in Temple Church, built in the 12th Century, to pray before a big court case.

These settings became intimate backdrops for my pictures, revealing more about each woman than a photo studio ever could. 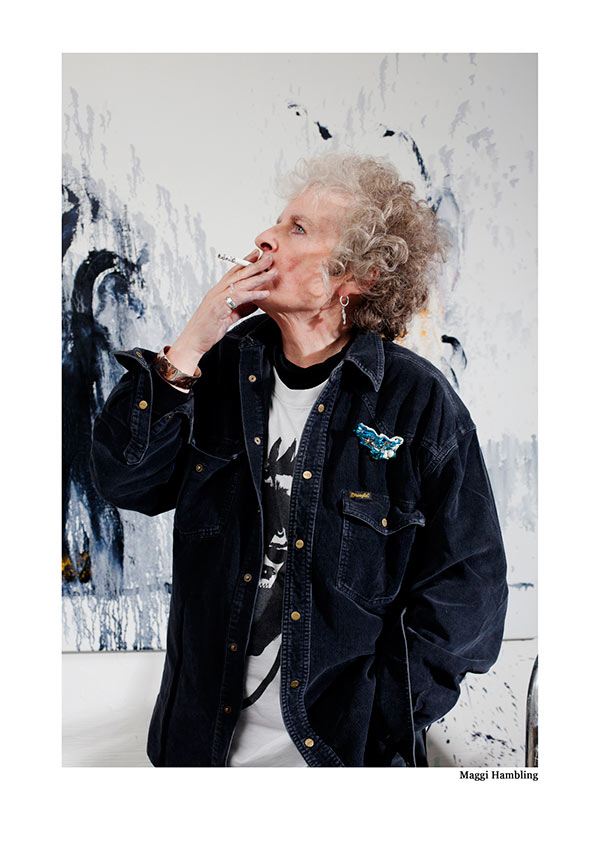 What messages have come out of the project?

As the project came to a close, I pondered deeply the answers the women gave to our questions and thought about the key issues surrounding the advancement of women in the 21st century.

These are some of the conclusions that 100 Leading Ladies helped me to reach:

None of these are new thoughts by any means, but ones that we need to keep on pushing for. After all we are 50% of the population!

When is the project launching?

All 100 portraits will be on show in the Courtyard Galleries at Somerset House in London, from 2-26 October (admission is free).

The book is published by Dewi Lewis Media and available at Somerset House from 2 October and in bookshops from 9 October at £30.00.

You can find out more about Nancy’s project on the 100 Leading Ladies website.

Last updated on Nov 23rd, 2022 by Hannah Martin
We use cookies on our website to give you the most relevant experience by remembering your preferences and repeat visits. By clicking “Accept”, you consent to the use of ALL the cookies. However you may visit Cookie Settings to provide a controlled consent.
Cookie settingsACCEPT
Manage consent