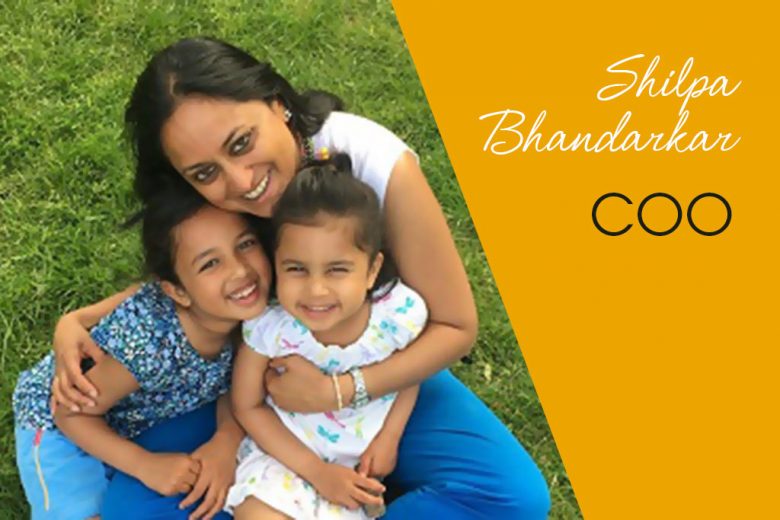 Shilpa Bhandarkar is an ex-project finance lawyer from a magic circle firm and a Harvard MBA. Read how she left the city last September to start her own business, Coo – a group communication and calendar app designed to make parenting easy.

In my first avatar, I was a project finance solicitor at a magic circle law firm in London. In my second avatar, I moved to a strategy and management role in legal services, most recently as the Chief Operating Officer of the firm’s Africa practice. In my current avatar, I am the co-founder of Coo, a technology start-up aimed at making parenting easier. Third time’s always a charm right?

I decided to go to law school age 17 and heavily under the influence of L.A. Law and Ally McBeal (does anyone remember those shows? Turns out neither was a particularly accurate representation of law firm life, go figure).

I certainly enjoyed many aspects of being a solicitor at a large international firm – the travel to interesting parts of the world, the buzz from closing headline deals – but overall, I didn’t love it enough to justify spending so much time away from my kids without being engulfed by waves of guilt and self-doubt on a regular basis.

Ironically with Coo, I work as many hours and spend as much time away from the kids as I did while working in the City – but turns out that loving what you do and believing in what you are building means that there is a lot less guilt.

Where did the idea for Coo come from?

At a summer picnic a couple of years ago, a friend (and now fellow co-founder) and I over-heard our then five-year olds discuss the worst thing that their parents (us!) had subjected them to that school year.

I was reminded, yet again, that I had forgotten to send in £1 for a charity cupcake sale and so my daughter was the ONLY child in class (in school, in London, in the UK, depending on which version of her story you believe) who didn’t get a cupcake that October afternoon.

And in five-year-old land, apparently you can still hold that against your Mum nine months and countless cupcakes later. My friend’s son on the other hand, was still scarred from having missed a classmate’s birthday party that his parents forgot about.

Of course there was no thanks or gratitude for the seemingly hundreds of things we did remember over the course of that year – from costumes, charity bake sales, early pick-ups, play dates. When we did the math, it turned out that a family with two children in primary school with each child participating in two extra-curricular activity had to remember 500+ different calendar entries. Yes, 500.

How did you move from idea to actual product?

We tested countless products, including other apps, and found nothing that catered to the particular needs of parents – private, secure, community-based combining chat and calendar, mobile based (since have you met a parent who gets to sit down in one place for more than 20 minutes at a stretch?).

We interviewed over 100 parents in multiple focus groups to better understand the needs of this market, and then set out to design our solution.

There are tools for school to parent communication and even PTA-parent communication. Different institutions use different tools – but that doesn’t help parents much because they still need to find a way to aggregate all that information into a single place.

Coo is the only platform that allows individuals, groups or institutions to adopt and create communities on it. From school and class groups, to nursery and NCT groups, from football club and theatre class groups to family and neighbourhood groups

You can use Coo for literally any group communication and calendaring that you could possibly need to do. The perfect way to aggregate everything to do with your kids lives in one place.

Parents who want an easy way to keep on top of all child-related communication and scheduling, from organising a play date to checking with fellow class parents what the parking restrictions are outside the sports day fields.

Raising funds in a largely male dominated tech and VC industry. I’ve lost track of the number of gentlemen who’ve said “School? Kids? How hard can it be? Anyways, my wife deals with that.”

There are many. It feels pretty great every time I get an email from a parent who feels less stressed about remembering things or who feels like her class has become more close knit because of Coo.

But my proudest moment was at a friend’s party when one of the guests told me they had discovered a “really nifty app” called Coo, and being able to tell him that I had built that!

I really enjoy having an identity outside that of being a mum/wife/daughter/friend. I love having a space where I can engage with other adults on ideas and plans that have nothing to do with the home and the family, where I learn something new every day.

I also have two young daughters and it’s important to me that they see that both parents have responsibilities and interests of their own that have nothing to do with them – otherwise its pretty easy for kids to believe that the world, or at least their parents’ world, truly revolves around them!

How do you balance Coo with your family?

This is still very much a work in progress!

I do a lot of administrative forward planning. I use Coo so that my husband, nanny and I are all on the same page and know who needs to be where and when. And we use excel spreadsheets for pretty much everything else, from weekly grocery shops to planning out the week’s meals.

On the personal side, we are conscious to carve out no-screen time (for the adults in the house rather than the kids!), which invariably translates into quality time as a family. I have found that if the kids have my undivided attention for an hour every evening, then they are quite happy playing on their own or entertaining each other for the remainder of the time. But the attention has to be focussed.

What are your three top pieces of advice for other entrepreneurial mums?

You can find out more about Coo on their website.