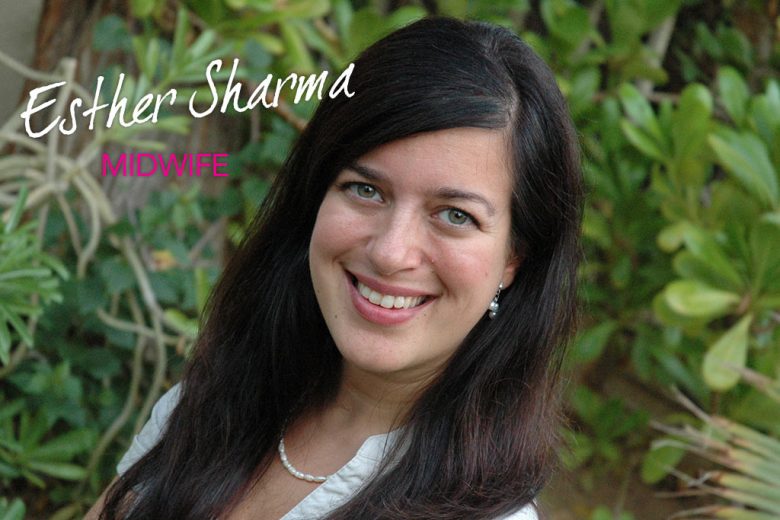 Childbirth is never easy, but for women in remote parts of Afghanistan it’s even tougher, with fewer midwifes and a lack of medical knowledge around childbirth and babies. Mum Esther Sharma shares her experiences and advice as a midwife.

When and why did you train as a midwife?

I qualified as a midwife after three years of training at King’s College London. Midwifery is often misunderstood, and lots of people thought I was a nurse (which I’m not) or someone who loved newborn babies (which I do).

The real reason I trained as a midwife was to work to empower women to have a positive experience of having a baby and becoming a mother.

Where did you work once you had qualified?

I worked in a number of different units around London. I was fortunate to have qualified as a midwife in a time when there were lots of new and innovative ways of working for midwives, and the NHS was a bit less cash-strapped than it is now.

I worked in one of England’s first stand-alone birth centres, and I also worked in a one-to-one Sure Start team, which enabled us to provide really high quality midwifery services to some of the most vulnerable women.

I was really fortunate to have early experiences working as a midwife which gave me a great foundation in promoting ‘normal’ (physiological) birth, working autonomously and working in a really supportive environment.

What and why did you study for your master’s degree?

Having worked in a Sure Start midwifery team, I realised that midwives can have a really significant impact on public health issues, such as helping women stop smoking, supporting breastfeeding to name a few, as well as other things that are more difficult to measure, such as empowering women and community cohesion.

This led me to study for a master’s in public health at the wonderful London School of Hygiene and Tropical Medicine.

You lived in Afghanistan for several years. Why did you decide to move there and what did you do?

Living in Afghanistan was simply amazing – not at all what it appears to be from what’s reported in the news. Afghanistan has some of the world’s highest maternal and newborn mortality rates, and as a midwife, I wanted to be able to give something back and make a difference using my skills.

I worked on a safe childbirth filming project and mentored the head of midwifery at a large and busy hospital.

What was living in Afghanistan like, and what different challenges did you face as a midwife there?

I found Afghanistan to be a beautiful country and the people were extremely welcoming and friendly on the whole. I met my husband out there, which was an unexpected bonus!

I’m pleased to say that I didn’t work directly as a midwife there – Afghanistan has done a lot of work in training and scaling up midwifery, so there wasn’t a shortage of midwives in Kabul, where I was living. There is still work to be done though. Things are very different in rural areas and it’s much harder for women to access midwifery care in those contexts.

I talked with women from very remote and dangerous parts of the country who said that when babies are born in their area, the cord isn’t tied resulting in babies losing a lot of blood soon after birth, and many don’t survive.

Also, practices such as giving opium to babies to help them to sleep are not uncommon in rural areas where there is less health care and education available. So there is still a lot of work to be done.

You have a young son. What was your own birth like, and has it changed how you work as a midwife?

My own birth was pretty horrid – my little one was in a tricky position and after labouring at home for a very long time, I ended up having to have caesarean section. That said, I still believe that the vast majority of women can be supported to have a physiological birth.

You feel very passionately about postnatal care and breastfeeding. What are some of the most common issues new mums face?

The biggest issue is lack of support. It’s so sad that midwifery services face such shortages at one of the most important time. I’ve seen first hand the difference that good support from well trained midwives can make to women’s confidence in their ability to adjust to motherhood and with breastfeeding.

The Royal College of Midwives currently has a ‘Pressure Points’ campaign running with the aim of better resourcing midwifery to give every family the best possible start.

And what advice would you give them?

Keep persevering – it’s not always easy, but most mums are able to breastfeed with the right support. For mums that don’t get the support or information that they need from mainstream services, there are other places to turn to.

There’s a National Breastfeeding Helpline, as well as highly trained breastfeeding counsellors working with a number of different breastfeeding organisations, that can provide support to new mothers struggling with breastfeeding.

I also think that setting expectations around breastfeeding before the baby is born is helpful. I tell all new mums to try to keep the diary as empty as possible for the first few weeks, to provide lots of time to rest and get to grips with breastfeeding.

Where are you working now?

I’ve just started an exciting new role at Best Beginnings, a UK charity which works to give every baby the healthiest start in life. The charity has produced some wonderful and innovative resources tools and is about to launch a fantastic app for young parents, called Baby Buddy.

My role is to work with health and social care organisations around the country to use these resources effectively in practice, while also supporting family-centred care.

Similar to the experience of most of my friends, juggling work and motherhood has it’s challenges, but it’s a fantastic organisation to work for, and I’m really enjoying it.

You’re also a trustee for Women & Children First (UK). What do they do?

Women & Children First are a great charity who work in some of the poorest countries in the world to improve the health of mothers and their babies.

Their approach is to empower women and communities to find solutions to their own local maternal and newborn health issues. I love this approach – it’s impact is far deeper and long-lasting than quick-fix approach.

That’s a tough one –I have so many people around me who inspire me in different ways! Ultimately, I think I would have to say that my faith and my husband inspire me the most.

What would you like to be doing in five years?

I’m just about to start a new job, which is exciting and in five years, I’d still like to be working towards women being empowered to have a great experience of pregnancy, birth and the early days of motherhood in any ways that I can!

Want to learn more about Esther and her work? Read her blog, Maternal Matters.