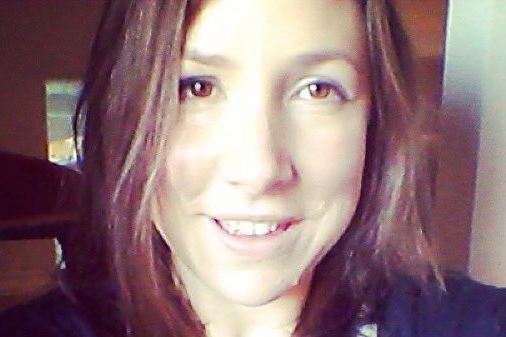 Ever wonder how you get a break as a freelance journalist? Georgie Fuller reveals how she launched her career asking strangers about STDs (for a legitimate magazine!), and how she’s making it work as a mum.

I started out as an intern at the Mail on Sunday (thanks to a very tenuous family connection and some shameless nepotism) and More! magazine (which was big in the 90s and is probably best well known for its raunchy Position of the Fortnight column.)

I have fond memories of stomping around Covent Garden trying to interview poor unsuspecting punters for vox-pops and find unwilling case studies with chlamydia to talk to me.

This was back in the early 00s so we didn’t have Google or much in the way of social media and had to harass doctor’s receptionists and friends to try and find juicy stories and case-studies.

It was a great foundation and grounding for a career in journalism. But, after about eight months of earning next to nothing and living like Harry Potter in a friend’s back room (which was the size of a broom cupboard) in Dollis Hill, I still hadn’t been offered a permanent job so I did a short course at the London School of Journalism.

How did you get your first break?

I had temped in recruitment and HR for a year or so after university (when I had no idea what I wanted to do) and spotted a job as an editorial assistant at an HR magazine. I applied, went for an interview, heard nothing, called them to find out what was happening and they offered me the job.

It was considerably better paid than anything in consumer magazines, based in fabulous Farringdon and didn’t involve me trying to find people with STDs, so it was a winner as far as I was concerned. From there, I went onto be a reporter at a rival magazine and then deputy editor at another business magazine.

Did your career change when you became a mum? And if so, how?

Yes, totally. I actually got made redundant, or rather took voluntary redundancy, after the start-up business magazine I was working on folded.

It was a few months before my wedding and I was offered a three day a week freelance job as features editor at the publisher I worked at before which gave me a steady income and enabled me to trial working from home for two days a week. I loved it and relished the independence, lack of office politics and flexibility.

Our first child arrived exactly nine months after we got married (!) and I was fortunate to be able to take the statutory nine months maternity leave based on previous earnings. I relished that time with my first-born and moved out of London just before he turned one.

I knew I would find it really difficult to go back to the 9-5 once I’d become a mum and was very fortunate to be in a position where I could start freelancing again.

If anything, becoming a mum, especially to two boys, has made me more ambitious. My mother, an English teacher, always worked and I think that probably instilled quite a strong work ethic in me from a fairly young age.

My mum always told me I had to be able to make my own way and couldn’t ever really rely on anyone and, all though I’m never going to be rich as a freelancer, my work has given me an independence, income and identity.

What qualities does a freelance writer need?

Resilience, persistence and enthusiasm! As well as the obvious – to be able to write, have an interest in the news, a varied vocabulary and decent grammar. It’s a tough gig pitching to editors who receive hundreds of emails a day from PRs and people who are willing to write for free.

The onset of the digital age and the prolific growth of bloggers has meant that lots of people now consider themselves to be a writer, and has diluted what I think of as ‘proper’ journalism. I have to hound editors and put myself out there on a daily basis and it can be hard at times.

You’re a prolific journalist, with a string of national publications under your belt. What’s the secret to being a successful freelance writer?

Not taking things personally, keeping on top of the news and what’s going on in the world, and always trying to take a fresh angle or approach to things. I never take anything for granted and feel ‘the fear’ on a weekly basis and often wonder if I should trade in the precarious nature of this job for something more permanent and stable but I love what I do.

How can you tell what will make a good story?

I think you just develop a sixth sense but it’s probably quite innate to a certain extent. You get an idea of what editors want and will go for but it’s often a bit of a gamble.

Ha, that would be telling! There are lots. I think you have to know where your boundaries are in terms of what you would and wouldn’t write about and there are a few first person pieces I’d love to write but wouldn’t be worth the fall out if I ever did.

I’ve written some anonymously and under a pseudonym though which is always quite cathartic but means you can’t really tell anyone or share on social media.

What’s been the biggest hurdle in carving out a freelance writing career?

I think one of the main ones is probably that editors want to see examples of your previous work and use names they know.

They will only really commission people they think will do a good job so it’s very hard for people starting out to build up a decent portfolio in the first place. Not to mention the precarious income and the fact it’s fiercely competitive.

And what are you most proud of?

On the business side, writing about amazing organisations such as the Techfugees, an organisation which brings together entrepreneurs, NGOs and refugees to help give them digital skills and solutions to help improve the lives and job prospects of asylum seekers.

I spoke with people who work in refugees camps and war zones across the world and it really challenged any preconceptions I may have had.

Also the story of two gay twin brothers who set up a company to help combat LGBT discrimination in the workplace, and are now working with all the blue-chip organisations and helping to promote the rights of LGBT people.

I’ve also written lots of articles about the challenges working parents (especially mums) face today and how employers can help support and enable them.

On the consumer side, writing a first-person piece on what it’s like to be a mum without a mum. It was the most personal thing I’d ever written and I had a few sleepless nights over it, but the response from other women, who had also lost their mums young, was so touching and it was wonderful that it resonated with lots of other mums without mums.

Also writing about the hugely brave single mum with terminal cancer who was looking for a foster carer for her autistic daughter and the woman who finally had the balls to leave her philandering husband and the love of her life at the age of 50.

Who would you love to interview and why?

Jilly Cooper – who is one of my favourite authors and the writer I read most in my coming of age years. I’ve been badgering her PA for ages but still haven’t managed an interview.

How do you make your career work around being a mum?

Ha, I’m not sure I do always and I still haven’t found a way of overcoming the mum guilt. It’s definitely got a bit easier now two out of three of my children are at school all though the home-work, school admin and extra curricular activities take up a big chunk of the week.

Also calling on the grandparents as and when necessary. I live close to my dad and step-mum and have a brilliant mother and father-in-law who I can call on if I’m really stuck or have a deadline.

I also rely heavily on a local sports club for the boys (who are eight and five) over the school holidays and say yes to any offers of help.

What advice do you have for aspiring writers? How can they get experience and pick up work?

I would say to target the magazines, newspapers and websites you’d like to work for, write to the editors, offer to do some work experience (all though I know that can be tricky with no other form of income.)

Look at the sort of articles they publish and think about pitching them some ideas. Do an NCTJ course, volunteer at your local newspaper and look carefully at the ways in which different publications cover the news to see how it all works.