Influential women in sports: The five sports stars to look out for in 2022 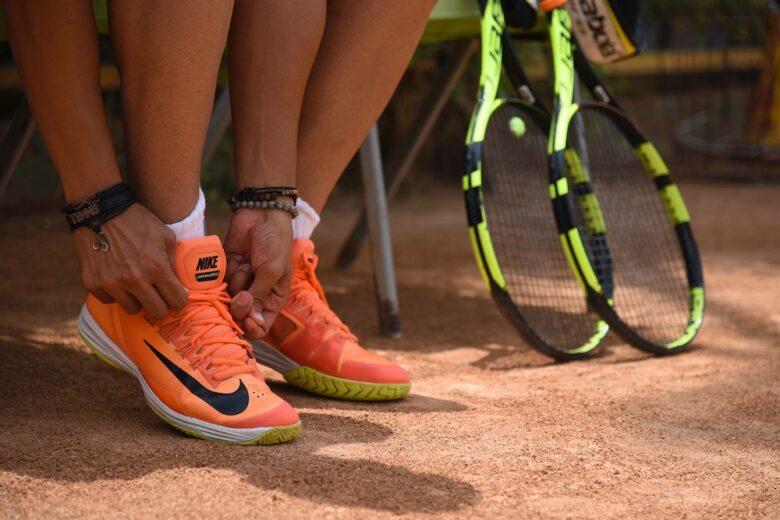 Women’s sports are more popular than ever. The number of people watching women’s sports has risen in the past year, with 51.1 million people estimated to watch female-led sports in 2021.

The interest in women’s sports could encourage equal treatment of female athletes, from their media coverage to the appreciation of their talent.

This article looks at the five of most influential women in sports for 2022, based on their average number of monthly searches and number of followers on social media.

First on our list of influential women in sports is Serena Williams. An American tennis star, Serena is extremely recognisable in her tennis outfits and women’s trainers. Williams is renowned in many ways, and considering she holds more Grand Slam titles (23) than any female tennis player, we can see why. Competing against her older sister Venus, Serena won her 23rd Grand Slam title during the 2017 Australian Open. Even more astonishing – Williams won the championship whilst being in the early stages of pregnancy!

2021 has been an exciting year for Serena. As well as attending Met Galas and designing her own clothing label, Williams’ life has made its way into Hollywood. King Richard, a biopic film released in 2021, is inspired by Serena’s childhood years as a budding tennis star. Unfortunately, Serena had to withdraw from the 2021 US Open due to an injured hamstring, but we’re sure she’ll be back on the court soon enough.

After being in the spotlight for over 20 years, Serena Williams continues to be one of the most influential women in sports. She is definitely a star to continue watching in 2022.

In contrast to the stalwart Serena Williams, Emma Raducanu has experienced a meteoric rise to fame in 2021. A British tennis player, Raducanu became a household name after winning the US Open in 2021.

The tennis star exceeded all expectations and became the first qualifier to reach a Grand Slam finale. Emma won nine consecutive matches and is now ranked as England’s No.1 tennis player. As well as this, Raducanu is the first British woman to win the tournament in 44 years – all while being 18 years of age!

Raducanu has quickly become a popular public figure in sport and beyond. She attended the 2021 Met Gala, an extremely prestigious event that boasts an impressive celebrity line up, wearing Chanel and sporting Tiffany & Co. diamond earrings. As of October 2021, Emma became the British ambassador for Dior’s womenswear collection and skincare range. With such esteemed sporting awards and elite social presence, Raducanu’s next step is sure to be a success!

Next on our list of influential women in sports is US women’s football player Alex Morgan. The football star is a two-time World Cup champion and has scored 115 goals during her career. As well as this, Morgan has a gold medal from the London Olympics in 2012. With successes in both American soccer and English football, it’s no wonder Morgan has such a big following on social media!

The past few years have been a success for Morgan. As well as returning to America to play for Orlando Pride, she won a bronze medal at the Olympic Games in Tokyo 2021. She is consistently attaining fantastic achievements to go alongside her previous accomplishments. Despite being in the later stages of her career, Alex Morgan continues to inspire the next generation of female footballers.

Simone Biles, a 24-year-old American artistic gymnast, rose to fame at the 2016 Olympic Games in Rio de Janeiro. During the tournament, Biles became the first US female gymnast to win four gold medals in one tournament. Simone continues to deliver high-quality performances in 2021. At the US Classic, Biles became the first woman to successfully land the Yurchenko double pike. Similarly impressive, at the US Nationals, she won three gold and one bronze medal!

After her many breathtaking achievements, she decided to withdraw from the 2020 Tokyo Olympic Games to focus on her mental health. This sparked a worldwide conversation around young women and their mental wellbeing. As a result, Biles has become an advocate for mental health and a shining example for young girls both within and outside of sports.

In 2021, Sania made it to the second round at Wimbledon and the first round at the US Open. Considering these astonishing accomplishments, it’s no wonder Mirza continues to be an inspiration to young women across the world, especially for budding Indian tennis players.

Female athletes are at the forefront of public discussion. From established and renowned sportswomen to upcoming and budding athletes, women in sports are more influential than ever before. By combining their follower and searches score, we believe these are the five sports stars to watch in 2022. Will you be tuning in for their next sporting event?