How two executives are making job sharing a success 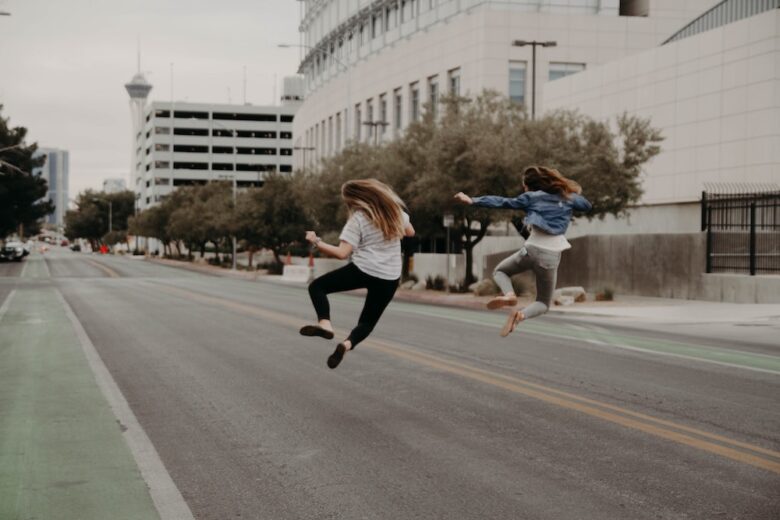 Love the idea of a job share but don’t know how it works? Find out how two executives are making job sharing a success.

Madeleine McDougall and Andrew Hulme are proving that job sharing at an executive level can be a winner for all involved.

For the past 12 months, the pair has shared the role of Global Head of Real Estate & Housing at Lloyds Banking Group, each working three days a week.

“This doesn’t make us any less ambitious and it’s not forever – we’re not taking a back seat,” insists Madeleine.

Instead, the arrangement has enabled the pair to maintain their career trajectory, while equally spending more time with their respective families.

Madeleine – who in 2017 took on the Global Head of Real Estate & Housing role – has always been professionally ambitious. But with three young children, she began wanting a greater work-life balance – yet didn’t want to hit pause on her career.

“I woke up one morning and thought, ‘why can’t we work in a different way in this modern age?’ As I was pondering this, Andy and I went for a coffee and compared what was happening in our lives.

“It dawned on us both that we could have a period of time in our careers where we do things a little bit differently [and job share].”

At the time, Andrew was Chief Executive and Head of Fund for the Housing Growth Partnership joint venture – a role he’d been in since 2015. His situation was not dissimilar.

“My husband and I had just adopted a little boy, James, and work was pretty intense. Like Maddie, I’ve worked very hard since the beginning of my career and it was time for a change of role, to pause and reflect.

“I needed to take stock, to find a bit of capacity to make sure that I was present at work and at home, and have that space for myself to recharge.”

In Andrew’s 2018 end of year review, he’d already been open with his line manager about wanting greater work-life balance.

“I was keen to make changes but I wasn’t sure what they were. At that point, it was important for me to start the conversation with my line manager, so I could get his support,” says Andrew.

So when the opportunity to job share with Madeleine came up six months later, his manager was incredibly supportive.

Andrew explains: “We came up with a list of questions, so we could work through the solutions together.

Madeleine was also confident that the banking group would help her find a solution.

“This is one of the reasons I like working here, because whether they were going to agree to this job share or not, I knew they’d listen, which is so important. I also knew they’d be forward-thinking enough to at least investigate the options,” she says.

“Andy and I knew it was something we wanted to do and had worked out all the potential issues, so when we presented this idea we could make those reassurances.

The job share was our answer; but there will be different solutions for someone else.

At first, Andrew struggled with the shift in mindset. “I had worked full-time from university, never had an extended break, so no longer working five days a week has been a big adjustment. Particularly in the initial period, I found myself constantly checking emails rather than saying ‘this is my day off’.”

Madeleine agrees that ‘stepping away’ on your non-working days is important to making the job sharing arrangement successful.

“I think it’s human nature in all of us, where we think, if I had the conversation then it’s easier for me to reply, but for Andy he’s thinking it’s his day. It comes from a well-meaning place but we quickly realised it was muddying the waters,” she says.

“We were very open with the team about being patient with us and having very defined boundaries was crucial. We learned very quickly that while we know communication is important, we have to over-communicate to both our team and each other,” she adds.

“We have something called the emergency call or text, where there’s something we can just quickly pick up with each other on one of our non-working days to keep us aligned.”

The individual and business benefits of job sharing

Aside from the ability to spend more time with their families, there’s been plenty of upside to the arrangement for Madeleine and Andrew, as well as for Lloyds Banking Group.

“It’s gone down really well with our team and it’s changed the dialogue – people are able to have more open and honest conversations about what’s important to them at this moment in time, and how we can support them in achieving that,” says Andrew.

But the most positive reaction, says Andrew, has been from the division’s clients, who work for large businesses in the UK. “We were mindful about how they would react and they’ve actually really embraced it.”

He adds: “I think it becomes a virtual circle, because we’ve become more focused and able to do our jobs better. We have more energy with our families and we’re happier in our own minds. When it comes to our general wellbeing, it’s a really positive story.”

Madeleine believes another advantage of job sharing is having cognitive diversity in the role, with two people making the decisions. She adds: “Our productivity has improved as well.”

Whether Madeleine and Andrew stay together for this period in their careers or go back to different ways of working, they don’t know yet, “but that’s exciting,” admits Madeleine.

WORK180 is a jobs board with a difference. They pre-screen employers on paid-parent leave, pay equity, flexible working arrangements and more. Find your dream job here.