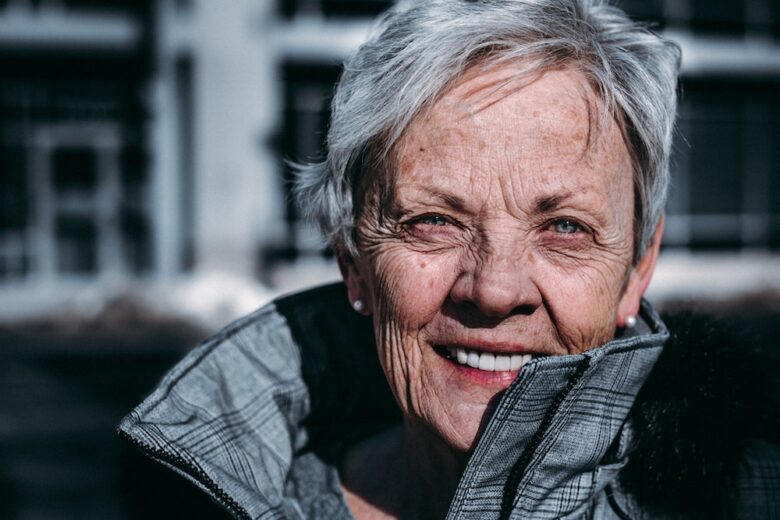 Are you worried that someone you know may be showing signs of dementia? Here’s a guide of what to look out for.

It is estimated that there are over 850,000 people with dementia in the UK. And this figure is expected to rise to 1 million people by 2025, which means it’s becoming ever more important to know and understand what dementia is.

An Alzheimer’s Society investigation reveals the shocking side effect lockdown has had this year on the symptoms of people with dementia. Involving almost 2,000 respondents affected by dementia, it shows that since being forced to stay isolated and inside their homes, more than four in five (82%) reported a deterioration in people with dementia’s symptoms.

Of those who had seen a decline, around half reported increased memory loss (50%) and difficulty concentrating (48%). More than one in four (27%) said reading and writing has become more difficult, and one in three said the same for speaking and understanding speech (33%).

Luca Rado, Co-Founder of Helpd Ltd – Specialists in Live-In Home Care across the UK have shared their expertise on how to spot the early signs of dementia.

This guide has been written for anyone who is worried about a loved one and who need to identify the signs which may be the cause of early dementia.

To start, here are eight common early signs of dementia to look out for.

A typical early sign of dementia is experiencing short term memory loss. A common sign is misplacing essential items such as keys or forgetting what they for breakfast that morning. These day to day occurrences can often be an early indicator, particularly if they are a recurring problem.

A significant shift in mood or character is another early sign of dementia. This is a change that sufferers are often unable to detect in themselves but is an indicator that family members can usually pick up on.

Because dementia affects judgement and self-awareness, how an individual thinks they are acting or how they see themselves is less of a consideration. Apathy, in this sense, is another change to look out for.

Another early sign of dementia is a general loss of interest in day to day activities and hobbies that were previously enjoyed. This is often because dementia affects thought and memory and so the individual may not even consider partaking in the hobby, simply because the thought to do it is no longer there.

4) A lack of focus and disorientation

Feeling disorientated is another early sign of dementia. Lacking focus and feeling out of sorts can sometimes be a sign of ageing but it is important to be mindful of how this affects day-to-day activities.

If disorientation occurs frequently and begins to cause distress, it is likely to be a sign of dementia and may be worth consulting a medical professional.

Situations, where quick decisions are second nature, can become a struggle for those who are suffering from dementia. Any unusual, rash actions that are out of character and a potential cause for concern are typical for those with dementia.

An example of this would be deciding to take essential belongings to a charity shop or wearing clothing that is inappropriate for the weather. Poor judgement also encompasses spatial awareness, and therefore clumsiness.

6) Losing a sense of direction

If a loved one suddenly struggles to remember familiar routes, this could be a cause for concern. Forgetting simple directions or routes to familiar places is a common symptom of dementia and should be monitored, as it can often lead to sufferers getting lost or ending up in dangerous places.

Another sign of dementia is difficulty in communicating thoughts and emotions. Someone with dementia may get confused with wording and struggle to express their point of view naturally and this is because dementia affects communication and language.

Skills such as word formation and memory are slowly affected over time and should be discussed with a medical professional if these symptoms start to worsen.

Simple and familiar tasks like making a cup of tea or locking a door can become challenging for those suffering from dementia as brain function and cognitive activity start to deteriorate.

This can occur suddenly or over time and leads to simple tasks or basic routine unexpectedly requiring a lot of thought and energy.

The three different types of dementia

There are three main types of dementia to be aware of.

Alzheimer’s dementia is the most common type of dementia and is a physical condition that causes changes in the brain.

Proteins, plaques, and tangles in the brain damage the brain’s ability to transmit messages, leading to brain cell death. This develops gradually over time and can affect memory, communication, word formation and basic skills such as reading, numeracy and problem-solving.

The second most common type of dementia is vascular dementia this is caused by a lack of blood supply to the brain. This can commonly be brought on by a stroke or a series of small strokes and changes can be sudden. The damage caused often means the person who has suffered does not behave like they once did or have the cognitive function that they once had.

Frontotemporal dementia is a more progressive transition, meaning symptoms worsen over time. Frontotemporal dementia typically affects those aged between 45 and 65 but can affect those who are older. The frontal lobes are the most affected meaning social functions, decision making, problem-solving, insight, empathy and personality are all affected.

The temporal lobes, important for speech, word formation, language, and comprehension, can be affected in what is called semantic dementia.

Although dementia first and foremost affects the brain and memory, physical signs of dementia do exist. Movement, motion control and progressive control can worsen over time and should be monitored closely.

A person suffering from the physical signs of dementia may exhibit one or more of the following:

Dementia is a complex syndrome that is not fully understood and caring for someone with dementia, whether you are a family member, or a professional carer, is not an easy task.

Dementia can lead to feelings of isolation and loneliness, so spotting the signs early on can help your loved one feel cared for, making an enormous difference to their overall wellbeing.

What to do if you are worried someone has dementia

The NHS website recommends that if someone you know is becoming increasingly forgetful, or you are concerned about dementia, you should encourage them to see a GP.

If dementia is caught early then sometimes its progress can be slowed, and allow people to maintain their mental health for longer.

It can be difficult broaching the subject of dementia – it’s not a conversation anyone wants to have. The Alzheimer’s Society suggests picking your time and place carefully.

They recommend choosing a place that is familiar and non-threatening, so you can talk comfortably and without interruption. It’s also good idea to choose a time when the GP surgery is open, so they or you can book an appointment then, if that is what they want.

It’s hard to know where to start when bringing up the subject. The Alzehimer’s Society suggest starting the conversation by asking the person if they’ve been feeling any different from usual or are struggling with anything.

It can be helpful to start by showing that you are raising concerns because you care about them and want to offer support.

Be prepared for some resistance; it might take some time for them to come to terms with the idea. They may have noticed signs themselves and not wanted to acknowledge what they mean, and could even be defensive or angry at having to confront a potential and painful reality.

So it’s important to stay calm, and be kind and patient. If you’re worried about their wellbeing or safety and can’t persuade them to see the GP, The Alzheimer’s Society says you can mention your concerns to the GP yourself.

Patient confidentiality means the GP won’t be able to give out information about a patient, but they can receive information. However, it’s up to the individual GP as to whether they act on the information.