How to learn Python while you’re in quarantine 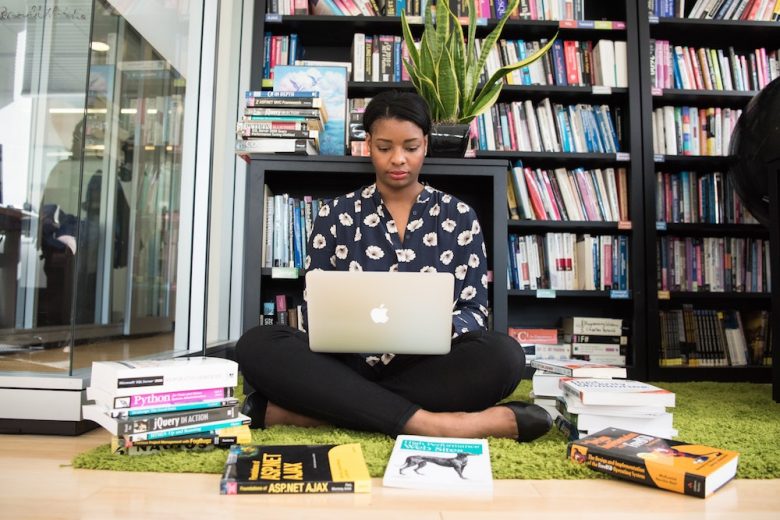 Want to learn to code? Here are the best resources to learn Python (while being in quarantine).

There are plenty of memes out there challenging us to use this time in quarantine to learn a new skill. If you’re hoping to make a chance in your career, then there really is no time like the present to learn something new.

Python has been growing in popularity over the last few years, and was the number one most wanted language in 2019. So, if you were looking to pick up a programming language, then Python is a great choice.

Python is a high level programming language that has risen in popularity because of its versatility (it can run on any operating system) and because it increases developer productivity.

Python is an interpreted language, the code isn’t converted into machine code until runtime. While it’s as easy to learn as a scripting language, it’s much more powerful and can be used to build applications from the ground up.

Python can be used for web development, application development, programming CGI for web apps, integrating calendars and file handling. Some of the biggest names on the internet have been created with Python, including YouTube, Reddit, and the search engine leviathan, Google.

As we mentioned above, Python is the most sought after programming language for developers at the moment. But that isn’t the only way that Python is scoring points; the same survey found it to be the second most loved language (if you were wondering, the most dreaded language was VBA.)

That means if you choose to join the ranks of IT workers by learning Python, you’ll be well on your way to a happy working life.

Having an in-demand skill in the IT world gives you a better chance of finding a position where you can work from home. The recent pandemic has broken down many of the objections that companies had to hiring staff who worked remotely which is great news for groups like working mothers, or people with health conditions or disabilities which mean working from home is a great option.

Being self-taught is also more common among remote workers. In fact, one of the qualities that is very important for remote staff is the ability to motivate yourself and work without too much supervision. Is there a better way to do that, than by training yourself?

How to learn Python

One of the beauties of the internet is the bounty of information that can be found on any subject, and programming languages are no exception. Here are a few places to look, as you start your Python journey.

If you read the Amazon reviews for this book you’ll see it’s a great hands-on guide to getting started with Python. If you’re a total beginner, this is the book to get started with.

Learn Python 3 the Hard Way by

Readers like to correct the title of this one from ‘the hard way’ to ‘the right way’. This is another hands-on guide to starting with Python, but one of the few development guides you’ll come across that talk about the content being ‘fun’.

Learn Python in One Day, and Learn it Well by Jamie Chan

The Python manual from this series of titles, this book is better suited to someone who is switching to Python from another language than a total beginner. Still, it covers all the fundamentals and comes with coding examples to underline your learning.

Planet Python is a blog aggregator; that is, it pulls blogs around Python from all around the net and puts them in one place for you to read. Share your questions, successes, and problems with other Python devs from all over the globe.

Python Software Foundation News The foundation is an organization that helps advance open source technology in Python – they’re the creators of Python and want it to remain free and open for the world to use. Join them as a member to help their efforts; they also offer grant programs to help with training costs.

Full Stack Python is worth adding to your bookmarks list for later, if you don’t need to use it right now. The website describes itself as an open book that lets Python developers browse for the answers to their questions.

If the only time you can find to learn is when you’re cooking a meal, or doing the school drop then podcasts are a great tool for helping you maximise your time. These titles will help you learn more about the world of Python.

This is a weekly podcast that covers an array of programming concepts, including Python development and the titular testing. Content has a bias towards Python but also covers other technical subjects.

This podcast covers the latest updates in the world of Python Development. The hosts bring together all the news they’ve discovered from blogs, Twitter, etc. and deliver them right into your earbuds.

Talk Python to Me by Miguel Grinberg

Another weekly roundup of what is going on in the world of Python and associated issues. Episodes include career guidance, technical subjects, and the occasional geek out.

Is Python Your Future?

Software developers are a sharing bunch, no matter which codebase is your weapon of choice there have always been help and support forums to help people find their way through development.

This is especially trust of Python, partly because it is an open source development tool, but also because of the popularity of its use and the passion that developers have for it.

It may even be the key to unlocking the world of remote work for you and let you catch up on your career without sacrificing time with your kids.

If you’re looking to make a change in your career right now, it might be the right time to start learning Python!

Sharon Koifman is an expert in remote work. He runs DistantJob, a very unique recruitment agency geared specifically for finding full-time remote developers who work from all over the world.