How small-scale property developers could save town centres 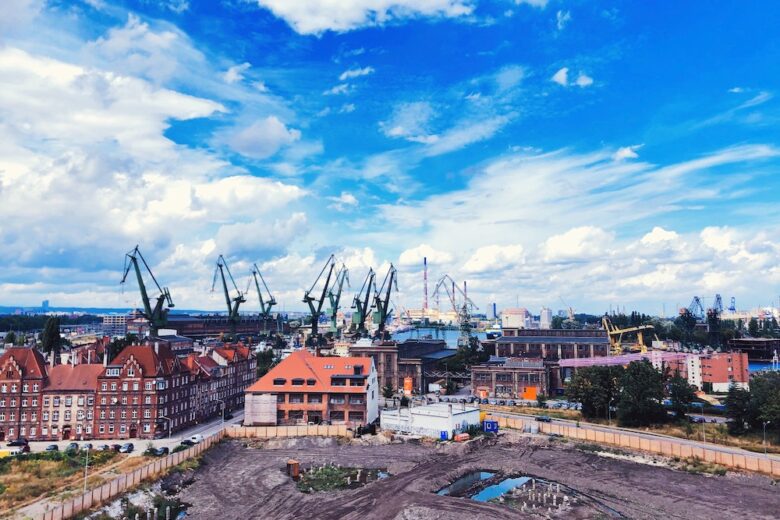 Town centres are dying and no one wants to see countryside lost to housing estates. Find out why Ritchie Clapson believes small-scale property developers could solve both problems.

Out-of-town supermarkets and internet shopping – two staggeringly powerful body blows to the hearts of our towns. Without the fuel of regular customers, high street stores and businesses shut down, and pound shops and vape stores moved in.

But should we be totally reconciled to the fact that our towns are in terminal decline?

It is possible for there to be a spectacular turnaround, and it involves doing something to tackle a different crisis – housing.

Space to build is not the only consideration. You need infrastructure. You need jobs to which people can commute. You need homes near where people are from and where they want to live rather than attempting a resettlement programme. And this means trying to squeeze new homes into parts of the country that already have quite a lot of housing, even if it’s not enough.

The problem here is that most people think that building new homes is a fantastic idea. They just don’t want them built anywhere near them.

This does not make them bad people – just imagine how thrilled you’d be to find a new housing estate going up at the bottom of your garden. But it causes a big problem for the government because these people have votes. And as we saw in Chesham and Amersham recently, seats can be lost if the locals don’t like the cut of a planning policy’s jib.

We’ve had 11 housing ministers in 12 years, which suggests that Westminster views the housing problem as either unimportant or unsolvable, neither of which is good news if you’re trying to get on the housing ladder.

The death of the high street has led to a significant number of commercial buildings such as shops and offices becoming redundant. There is now a massive volume of unused brownfield land—land that has been previously developed – available across the country.

The CPRE (The Countryside Charity) recently estimated that there are enough brownfield sites to accommodate 1.3 million new homes. That would be more than four years’ worth of new homes. So, we have over four counties’ worth of housing sitting on unused, previously developed land – all untapped.

Here’s the idea. If we could convert some of the commercial properties in our towns into residential, we would increase the number of people living there. With new inhabitants in towns comes the need for more amenities.

But it doesn’t stop there. Now we have residents from out of town coming in for leisure, which again creates demand. What about those old redundant department stores in the high street? They could become co-retail spaces, where small independent retailers could rent space to sell their wares.

We could actually go shopping again on the high street, but this time for the more exciting stuff you can’t get in Tesco or from Amazon. Believe it or not, we could even start to see tourism.

This is all easier said than done, but it is still fair to say that Brownfield redevelopment has a lot going for it. First and foremost, it means we’re not concreting over the green belt. It is a vote-winner too, since fewer voters would object to empty buildings being recycled into homes, or to our town centres being given new leases of life.

These buildings are surrounded by infrastructure, so there’s no need to undertake massive civil engineering projects to make them accessible. And they’re also in the middle of communities where people want to live – there would be no need for everyone to up sticks and relocate to areas that currently have lower populations.

Much of this brownfield land is in towns, where the retail revolution has had an interesting impact on our shops. Back in the day, the upper floors of shops would store stock. But with today’s just-in-time inventory systems, retailers no longer need the same level of storage space, and the ‘uppers’ of many shops are often unused.

This makes it possible to convert these upper floors into residential use without making the store underneath unviable.

So, you may well be thinking why our high streets are not currently a sea of hard hats. Surely with so many benefits to brownfield development, the major housebuilders of the land would be clamouring to build, build, build.

The problem is that large housebuilders have a specific business model that is not aligned with brownfield development. It’s a numbers game. Visit any large new housing development, and you’ll be given a brochure where you can choose from the Bramley 4-bed detached, the Churchill 3-bed semi, and the Westminster 2-bed townhouse, to name but a few.

These are cookie-cutter homes, well-designed blueprints that can be plopped on any piece of virgin land anywhere in the country. The plans and drawings already exist, and the team knows how to build them. The only decision needed is which designs are going in which field.

Give these housebuilders an old commercial building to convert, and heads are soon being scratched. They would need to design a bespoke solution. The team isn’t experienced in converting buildings, particularly as they will have to deal with the constraints of the existing structure. Oh, and there’s the small matter of profits since converting a small building into flats produces only a fraction of the profits a new greenfield housing development would deliver.

In short, housebuilders don’t want to build on brownfield land because it’s too tricky, they lack the skills to do it, and it doesn’t make enough profit.

Why the small-scale property developer is the answer

So, who on earth is going to provide the solution? The small-scale property developer. These are not your average established developers but are much more likely to be individuals looking to get into property and not unreasonably feeling that the usual buy-to-let proposition isn’t as attractive as it once was.

They are often existing landlords looking to grow their portfolios more quickly by generating regular lumps of cash. The beauty of this type of development is that you can afford to be relatively hands-off – unlike a flip, where the profits are substantially less, and you also invariably end up project managing things yourself. But with a small-scale development, you have the budget to hire a project manager, whose fee is paid for by the development finance. And this can make life a whole lot easier.

And while the government has done its level best to make becoming a landlord as unattractive as possible over the last few years, conversely, it’s gone out of its way to encourage people to become property developers.

By putting in place an unprecedented number of new permitted development rights, it has now allowed many different types of commercial buildings to be converted into residential use without the need for full planning permission. This reduces the planning risks involved in undertaking a conversion project and can dramatically reduce the time it takes to complete one.

Small-scale projects can usually be completed in 12-24 months, and most are capable of producing a healthy six-figure profit. That is not enough to tempt the bigger developers, but a highly attractive proposition for would-be or existing landlords and property investors looking to take advantage of the current glut of convertible buildings.

It’s this promise of more profit for less work that’s tempting more and more people to consider small-scale property development as an investment strategy. Properly supporting these projects could help change the fortunes of the country’s towns and high streets.

It makes use of students’ existing life skills while teaching them the property, business, and mindset knowledge they need to undertake small scale developments successfully, with the emphasis on utilising existing permitted development rights to minimize risk and maximize returns.