How one woman’s £18,000 debt can help you be financially free 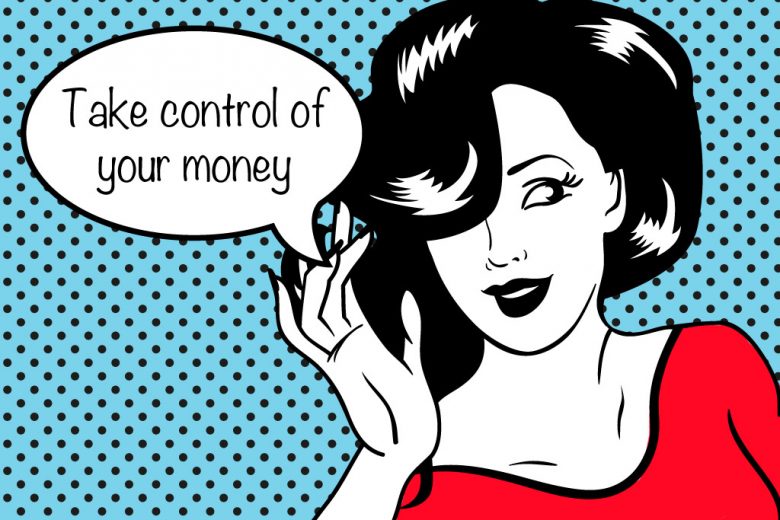 Forget getting in shape and giving up chocolate. This year why not make a New Year’s resolution that has the potential to transform your life and give you more independence? And take charge of your finances.

It’s not easy being a mum in many ways, not least the loss of financial independence. Gone are the days when you earned your own (often very healthy) salary to spend exactly as you pleased.

Instead, you have more financial demands than ever, while your opportunity to earn is usually much more limited. You need to think more carefully about your spending, and are restricted in the choices you would otherwise make through lack of funds.

Take control of your money

So what can you do? It’s not always easy or even possible to change your situation, but you can take more control over your money.

And by doing so, you can even open your life up to more opportunities – by saving a safety net of cash you can start a longed-for business or blog, or finally make the leap to freelance.

To help you, one woman, Rechenda Smith shares her experience.

Ten years ago, I was graduating from university. With my whole future ahead of me, I struck out into the world with nothing but a degree in psychology, a £15,000 student loan, a £3,000 overdraft and an ‘I’m-going-to-rule-the-world’ attitude.

I landed my dream job in marketing and started to climb the greasy pole. It involved a lot of hard work, late nights and a fight to the top. I was working hard and playing harder, moving from sleepy Ipswich to the bright lights of South West London.

I took out another loan to consolidate my debt, bought a car on finance, and took out a credit card for ‘emergencies’. However, these emergencies started to include shopping splurges, holidays and nights out to reward myself for the stress of the working week.

I remember one particular shopping trip. I went to Top Shop and got a £500 store card on the spot. I blew it there and then on a pile of clothes, one of which was a particularly hideous ethnic tasselled coat that I gave to a friend six months later when I was bored of it.

I saw money as a throw away commodity, something that I would worry about later in life. My career was flying, and everyone was in the same boat. Right?

By the time I was 24 I was £18,000 in debt with personal loans, credit cards and overdrafts. My student loan – which I had hardly made a dent into – was also hanging round my neck like a millstone.  I was renting a flat in London that I couldn’t afford and was socialising to try to keep up with the in-crowd.

I was in deep. What I didn’t realise until later down the line, was that when you’re in debt, you don’t have any security. When you’re in a tight spot, you’re backed up against the wall with nowhere to go, except the land of panic calls to the bank or your parents.

My friends said I’d never pay it off

One weekend when I went back home to Suffolk, I met up with some old friends for dinner. I secretly admitted the amount of debt I was in, convinced they would reveal similar plights. They didn’t. Apparently not everyone took the same debt-ridden path as me.

Around the table were stable, money-educated, organised contemporaries.  I obviously didn’t get the memo. They were shocked at the level of my debt. They told me I’d never, ever pay it off. I cried into my dinner.

I vowed to change

That night I vowed to pay it all off. Slowly, surely, somehow it was going to happen. I changed jobs for something better paid but I hated it so much I walked out one lunchtime and never went back. Jobless, I was in a worse situation than ever, but it was a real sink or swim moment.

I moved back to Ipswich. I got in touch with a debt charity and they arranged a token payment scheme with my creditors, which allowed me to pay a nominal amount to them each month for six months until I got back on my feet. I set up as a freelance PR.

After those first six months were up, I was earning more than I ever did in London and slowly paid back my arrears.

The payback day I had been putting off had dawned – it was time to take full responsibility for myself. One of my clients offered me a high paid full time job, which I grabbed with both hands.

I started prescribing myself a strict £50 a week budget for living and ‘fun’ costs (clothes, travel, haircuts, going out, food) and withdrew the money in cold hard cash every Saturday. In 12 months I had paid back £12,000. I could see light at the end of the tunnel.

Seven years later, I am in a different job, earning less, but am still a dedicated follower of the #50poundschallenge. I am still in the red but next August I will have annihilated all of my personal debt. I still don’t have any savings, but my outlook on money has changed indelibly.

I was one of the lucky ones. I didn’t have to declare bankruptcy. My credit history has been badly scarred, but not my spirit. My attitude to money is much more conscientious. I will now always be thrifty and am committing to showing others that it can be done.

Being debt-free gives you options

Being debt free and having savings, gives you options. It gives you security. Money is a precious vehicle to achieving your life goals. Ultimately, it gives you completely autonomy over your life.

I now look at spending in a whole different light. I cook, I bake, I thrift in charity shops, I customise, I up-cycle, I walk, I cycle, I pre-plan. These disciplines have had radical results on my life and have given me a much greater sense of self worth than when I was spending to fill a void – and you can achieve this too.