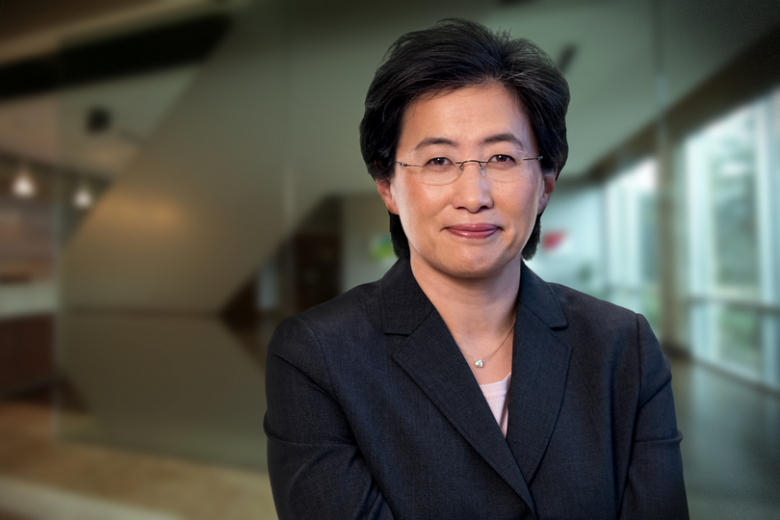 Tokay, Advanced Micro Devices (AMD, is one of the biggest tech firms in the world, standing proudly side-by-side with household names such as NVIDIA and Intel.

From graphics cards powering the latest games to CPUs based on innovative architecture, AMD’s gaming portfolio includes some of the best hardware on the market today.

But that hasn’t always been the case. The 2000s and early 2010s weren’t kind to AMD, as the company lost market share and saw its profits plummet.

AMD’s fortunes were, however, wholly reversed when Taiwanese American electrical engineer and business executive, Lisa Su, was appointed CEO and president of the company in 2014.

Su’s appointment heralded a new era for the flailing company and set it on the path to becoming the commercially successful and respected behemoth it is today. AMD’s current success is attributed in no small part to her astute business acumen and forward-thinking vision for the company’s future.

Before Lisa Su’s arrival, AMD’s prospects were in dire straits as it stood in the shadows of market leaders Intel and NVIDIA.

Throughout 2011 and 2012, the company laid off nearly 25% of its workforce to stay afloat. The acquisition of ATI Technologies and SeaMicro did little to quell the downward spiral.

In 2013, AMD stock lost more than 60% of its value. In the same year, the cash strapped AMD orchestrated a sale-and-leaseback deal for its Austin, Texas, campus to free up $164 million in cash flow.

Market share was at a historic low with AMD focusing too much on legacy PC products with diminishing returns rather than the rapidly growing mobile and tablet industry. AMD held its ground against NVIDIA in terms of graphics cards, but the yields were not enough to prop up the other failing wings of the company.

As the fourth appointed CEO and president in six years, Lisa Su took charge. She faced the gargantuan task of hoisting AMD back from the brink of failure.

How did Lisa turn around AMD?

Lisa Su quickly sprung to action on joining AMD. Her first big decision was to restructure the company into two distinct business groups with clear focuses.

Su’s idea was to simplify how AMD operated by focusing on the ‘right technology investments’ by streamlining product families while also diversifying into new and upcoming technologies.

Within months of the Zen-based Ryzen CPUs launch in 2017, AMD’s market share shot up to just shy of 11%. The growth continued exponentially in subsequent years as AMD pushed out newer products to rival both NVIDIA and Intel while making significant inroads into the server market. By quarter 1, 2019, AMD has recuperated close to 30% of the CPU market share. Similarly, AMD secured over 30% of the GPU market by quarter 2, 2019.

Today, AMD features alongside Intel and NVIDIA in any discourse surrounding the leading gaming hardware manufacturers.

In the CPU market, the narrative is no longer about Intel dominating, but very much AMD vs. Intel as the two battle to produce the market’s leading products.

Also, AMD continues to charge forward and is providing the Zen 2-based CPU and RDNA 2 GPU for the upcoming next-generation PlayStation 5 and Xbox Series X consoles.

AMD’s current fortunes are largely down to Lisa Su’s decisions. Her ongoing guidance and vision mean she now captains one of the gaming industry’s leading companies.

Her influence in reversing the traditional structure of male-dominated executive teams can’t be understated. Her time at the helm of AMD has arguably been an essential factor in ensuring the hardware gaming industry remains as competitive and profitable as it is today, dominating in an industry traditionally seen as a male dominated arena – setting a brilliant example for younger women within the tech and gaming space.