How many are you making? Eight easily overlooked child safety mistakes 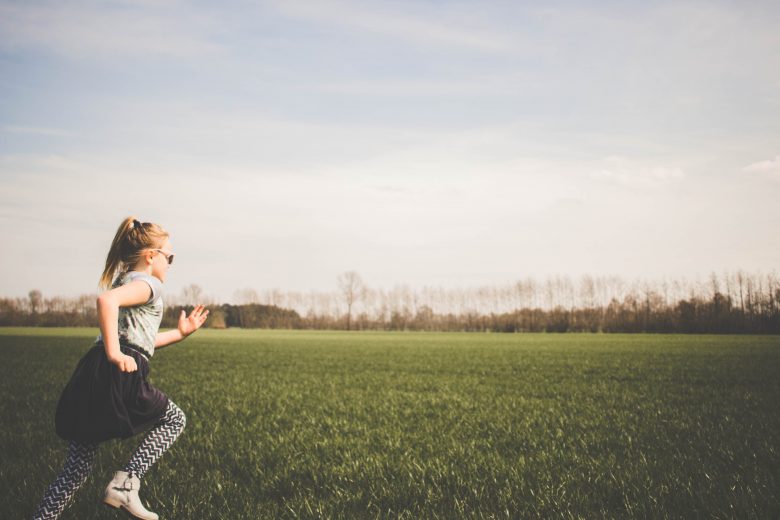 You’re hyper vigilant about keeping your children safe. But are you unknowingly doing things that may put them at risk? Discover eight easily overlooked child safety mistakes.

As a parent, you go to great lengths every day to ensure that your child is safe in your home, in your car, or anywhere else. You’ve secured the furniture in your house, installed baby gates, and bought the best child car seat. You never take your little one out without packing a bag full of essentials. And when you do go out, you never take your eyes off them.

But no matter how much we try to protect our kids, we still sometimes slip up. It happens to even the smartest, most prepared parents.

To help you avoid them – and childproof accordingly – here are eight child safety mistakes that are easy to overlook.

If you’re a mum of small children you’ve probably got into the habit of putting your handbag away or out of reach, as items such as keys, loose change, medication and cosmetics can be a safety hazard. (And what small chid wouldn’t love to tip your bag up and get their hands on its contents?!)

Visitors, however, may not think of this, and unwittingly leave their bag within reach of curious fingers – giving your children access to potentially dangerous items.

So when family or friends come over, ask them to put their bags where your child can’t reach them, for example, in a cabinet, on a top shelf, or even locked in their car.

As your child gets older, you might let them sit next to you on the passenger seat in the car. But the advice from the Centers for Disease Control and Prevention is to keep children in the back seat until they are older than 12.

The front seat is not recommended for small children for two reasons:

Looking for a car seat for a young child? Check out the Elite Car Seats recommendations for a three-year old child for more details.

Sweets, marshmallows, taffies, peanut butter and nuts – these are just some of the many foods that are bestsellers among kids.

And while you’re probably vigilant about letting you children eat foods that may cause choking, such as hard candies and nuts, did you know that even the softest, most innocent-looking foods like marshmallows and peanut butter can block a child’s small airway too?

It’s not just hard or gritty foods that you should watch out for, but gummy, sticky ones as well. So discourage your child from eating globs or spoonfuls; instead, divide the food into small portions and make sure they’re sitting upright while eating.

No birthday party is complete without balloons. Yet even though a pack of latex balloons may festively spell out “Baby turns 1”, it’s best to steer clear of them. “This is exactly the age when your child is most at risk for choking on them,” says Dr. Gary Smith, director of the Center for Injury Research and Policy at the Nationwide Children’s Hospital.

Balloons are a top non-food cause of choking deaths among children. When latex balloons pop, toddlers may manage to put the pieces in their mouth and the material can easily lodge in their throat.

Instead of latex balloons for your next party, try Mylar balloons, which don’t pop but deflate. Or you can get creative with other party decorations, such as streamers and large pompoms hung out of reach of kids.

If you could, you’d probably pad every inch in your home to prevent your child hurting themselves on hard surfaces and sharp corners. When it comes to protecting babies, especially when they sleep, we tend to think “The softer, the fluffier, the better.”

But while this may sound rational, overdoing it could actually risk an infant’s life. According to the global non-profit Safe Kids Worldwide, 82% of accidental suffocation fatalities among infants occur in their beds.

To minimise the risk of a child getting suffocated in their bedding, Dr Angela Mickalide, program director at the National Safe Kids Campaign, advises, “Have your child sleep in the barest environment possible.” Use just one blanket and tuck it so it can’t be pulled over the head. On colder nights, dress your baby in warmer clothes instead of piling on the covers.

At the pool, you’re extra-watchful of your kids. You forbid diving or wandering to the deeper end, and you constantly remind them to walk, not run. You barely even let them out of arm’s reach. Still, you may be forgetting one quiet little hazard – the pool drain.

There isn’t usually any significant danger around pool drains and pipes these days because federal law now requires anti-entrapment covers. However, entrapment injuries still occur, mostly among children. When a limb or hair gets near the drain it can create suction, causing bodily injuries and possibly drowning.

So warn your children to keep clear, and check where the drain covers are, and how to stop drain circulation in case someone gets caught.

7) Allowing kids to distract you while driving

There’s been plenty of talk and safety awareness initiatives in recent years about distracted driving. The focus of these initiatives has usually been on texting or checking mobile devices while behind the wheel. But there’s another action that can be a much bigger distraction on the road than texting or talking on the phone.

Australian research firm AAA found that children in the car can be 12 times more distracting than using mobiles.

To avoid getting distracted it’s good practice to lay down clear rules (for example behaving, not fighting, not shouting) and consequences for breaking the rules with kids before you leave, and confirm each child understands them.

It also helps to prepare for (and avoid) potential arguments in advance, like giving each child their own bag of snacks as opposed to making them share a bag. If the kids get bored easily, ask each of them pick a book to take with them, or play games like i-Spy or 20 questions during the drive.

Finally, if you need to, don’t feel guilty about resorting to media such as DVDs or iPads, especially during longer drives. (Read five tips to keep your kids entertained in the car so you can focus on the road.)

8) Going tandem down the slide

Ever slid down the slide with your toddler to protect them? While this may seem a good way to avoid bruised limbs and skinned knees, research says the contrary. A study from the Winthrop University Hospital found that about 14% of pediatric shin fractures they treated were on toddlers who were on an adult’s lap while going down the slide.

This makes sense because when a foot or a piece of clothing gets caught on the way down, an adult’s downward weight could put a lot of abrupt pressure on the child and may even break limbs.

So next time you’re at the playground, ease your children’s sliding skills – and your own fears – by starting them on the smaller slides. Then when they’re ready for the big slide, start by putting them just halfway down and stand next to it as they slide by themselves.

While parenting styles may vary, most parents will agree that child safety is something that should always be in the forefront of our mind. A little extra vigilance can be the difference between safety and life-threatening dangers for our precious little ones.

Nancy Luchini is mother of three and Chief of Technology at Willens Injury Law, a top-rated Chicago personal injury and accident law firm.

Photo by Julia Raasch on Unsplash