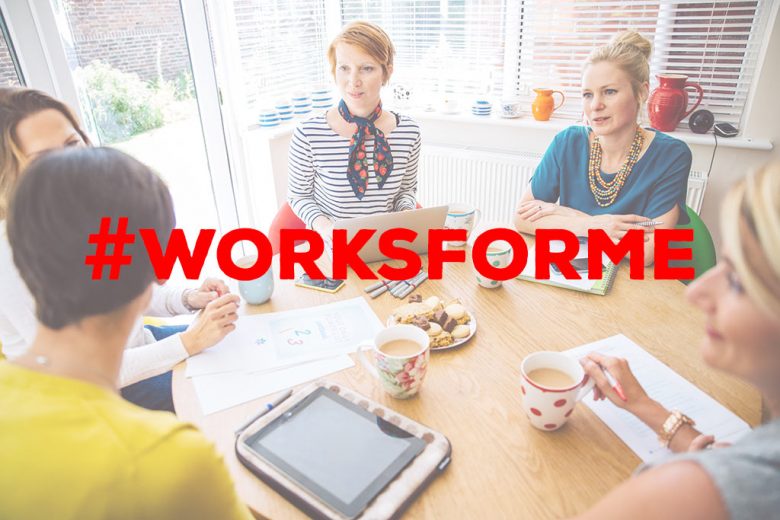 It’s time for change. New research released just yesterday by the Equality and Human Rights Commission revealed that as many as 54,000 mums in the UK are forced out of their jobs every year – including me.

The research, conducted in partnership with the Department for Business Innovation and Skills, is the largest of its kind. They spoke to over 6,000 mothers and employers across the UK about their experiences and practices.

And of over 3,200 women interviewed, a shocking 11% said they had been dismissed, made compulsorily redundant where others in their workplace were not, or treated so poorly they felt they had to leave their jobs.

If this finding is representative of the working population, it means that as many as 54,000 new mothers are losing their jobs each year.

The survey also found around 1 in 5 new mums experienced harassment or negative comments from their colleagues, employer or manager when pregnant or returning from maternity leave.

But there was some good news too. It showed that many employers across a range of industries support their female staff during and after their pregnancies and find it easy to comply with the law:

But there’s clearly still a lot to be done. Here are some more of the statistics the research revealed:

I too was forced out of my job

Sadly, the research doesn’t surprise me, as I too was forced out of my job after returning to work from maternity leave.

After a perfect appraisal, and a bonus for winning my company a prestigious industry award, I was called into a meeting one day with my managers and given 24 hours to resign. If I didn’t do this, it was explained they would start disciplinary procedures against me, promising I’d be out in six weeks.

When I questioned why, I was told that I had been warned numerous times about my performance, which was a complete lie – as backed up by my colleagues who were as shocked as I was.

Looking back, the real reason was more likely because, once I had my child, I needed to leave on time every day. I had a two and a half (sometimes three) hour commute home, with only one train an hour to catch, so couldn’t afford to stay later than 5:30pm – always making sure my work was completed by then, and staying late if needed.

In advertising, this is considered virtually the middle of the day, however, so I was always the first to leave, making the walk of shame (as it felt) across the open plan office.

I was warned by my manager on my first day back after maternity leave to be careful because ‘perception is everything’. And I think he was right. I was perceived to be less committed than my colleagues because I didn’t sit around chatting until mid-evening or eking out work which could, realistically, get done in ‘official’ working hours.

One of the challenges to statistics like those published by the Equality and Human Rights Commission is why, if this is so rife, why women don’t take their cases to tribunal. But it’s not that easy.

If I sued, I’d be unemployable

I sought legal advice from two separate solicitors at the time, and was told by both I had a strong case for sex discrimination and constructive dismissal.

But I was warned that it would take around a year to come to tribunal, I would have to pay all costs upfront, and if I won, my damages would be based on loss of income. (As it was, within one month I was earning £10,000 a year more in a more prestigious agency.)

I also knew I would be unemployable if I pursued a case. The advertising creative world is small and it’s male dominated (I was often the only woman, or one of a tiny handful in creative departments). Word would very quickly get round and I’d be known as the woman who sued for sex discrimination.

Even if someone wanted to hire me after that, they’d worry I’d sue them too. And as the main breadwinner in my household I couldn’t afford to take that risk.

I felt bullied and forced into lying

I found the experience so upsetting and stressful (I felt bullied in the meeting with my managers, who looked me in the eye and called me a liar and swore at me) that I agreed to leave. I was told it was better all round if I said I had resigned because I couldn’t handle the job, and that was the lie I was forced to tell until now.

But I COULD handle the job. I had no problems at my next agency, where I stayed for five very happy and successful years, given pay rises and amazing opportunities working on major accounts. And I have enjoyed an incredibly successful freelance career since, working for dozens of agencies – and not once has being a mum impacted my work there.

I have used my experience for good

As you can probably tell, this experience is still relatively raw for me – years later I am just as angry about what happened. But finally I have a voice, and can use this experience for good.

Not only has it been partly responsible for me starting Talented Ladies Club with Kary in the first place, but yesterday I was able to share my experience, and use it to help illustrate the validity and human face of the Equality and Human Rights Commission research on national TV.

I appeared on the BBC’s Victoria Derbyshire Show live yesterday morning, and was filmed for Sky News and Channel 4 News. I even appeared in The Independent.

And I’m not the only one who believes it’s time for change. I was put in touch with the Equality and Human Rights Commission by Joeli Brearley who started a website and campaign Pregnant Then Screwed following her own experience.

Since launching the site in March, over 450 women have shared their own stories on the site. (If you have an experience you’d like to share, you can add yours here.)

If you are an employee or an employer and you want advice on how to make work work after pregnancy, the Equality and Human Rights Commission have started an awareness initiative called #worksforme.

On their website, you’ll find advice and tools to help employers understand what they must do when an employee is pregnant, on maternity leave or returning to work, and how to ensure they are creating an environment that works for everyone. You can also read legal guidance and FAQs for mums.

What can YOU do?

It’s fantastic to see this issue, backed by research, raised in the media and hopefully it will start leading to more awareness and change.

I know from my own experience how lonely and psychologically scarring being forced out of your job can be. I am lucky in that I am a confident woman, but when it first happened I wondered if it WAS me. I felt ashamed of what happened, and that I was complicit in a dirty lie, being forced by my employer to keep what happened a secret.

But what about you? If you are one of the 54,000 women in the UK who feel like work isn’t working for you right now, and even that you’re being ‘constructively’ pushed out, here are some things you can do:

And finally, remember that you are not alone! Don’t take what is happening to you personally, and try not to let it dent your confidence. The likelihood is that it’s not you – it’s them!

See the facts – how mums are forced out of jobs 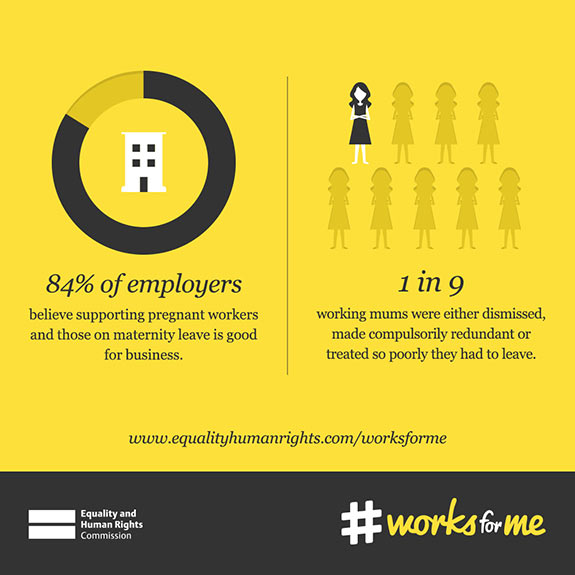 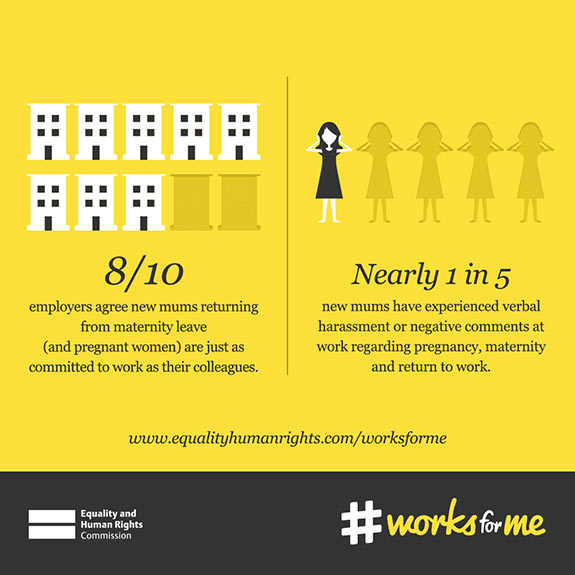