How Dominque Crenn is inspiring women 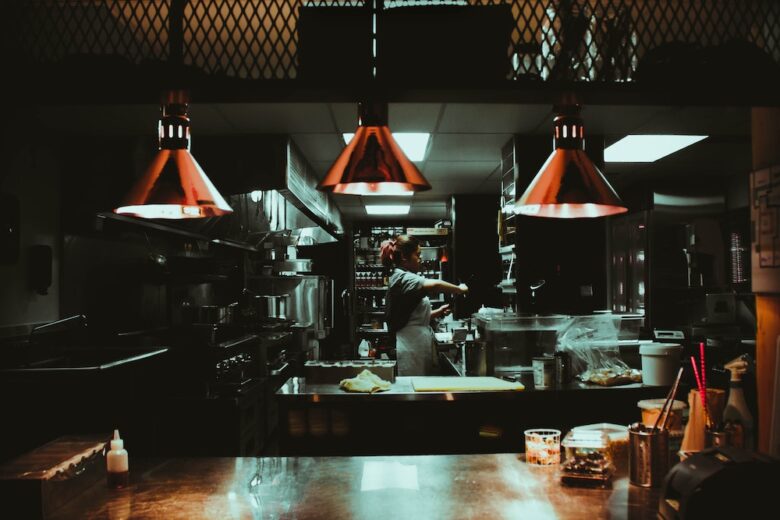 Chef Dominique Crenn is one of the only five women in the world to have been awarded Michelin stars and is the only female chef in the US to have received three Michelin stars.

A true inspiration to women, her journey to success is not without challenges. She got rejected by various French culinary schools due to preconceived notions about female chefs, which is why she decided to move to the US.

Today, Chef Dominique Crenn is working aimlessly to be the voice of change in a male-dominated industry. She advocated and fought for gender equality in the kitchen industry, standing up for women to create a better future.

Born in 1965 in Brittany, France, Chef Crenn was adopted as an infant. Her mother taught her to cook and encouraged her to explore different cuisines by visiting Vietnamese, Japanese, and Chinese restaurants. Her father, a painter, inspired her with a sense of poetry that eventually became an integral part of her approach to culinary.

Chef Crenn would spend summers on their family farm as a child, which also influenced her culinary philosophy, taking on inspiration from seasonality. Frustrated by the male-dominated French culinary scene, Chef Crenn left France to pursue her passion abroad. She worked with several restaurants in the US. She then moved to Indonesia, where she became the first female head chef and returned to the United States in 1998.

Chef Crenn received her first Michelin star while working as the chef de cuisine of Luce Restaurant, the in-house restaurant of Intercontinental Hotel in San Francisco. She eventually opened a restaurant in San Francisco called Atelier Crenn, which became a huge success, earning her two more Michelin Stars in 2013.

2) She’s an activist for women’s rights

Not only is Chef Crenn the first female US-based chef to earn three Michelin stars, but she is also an activist championing the rights of women and the LGBTQ community. She is committed to pushing for gender equality in the kitchen and advocating for sustainability and environmental issues.

In an interview, Chef Crenn talks about how we should be more accepting of other people and cultures. By being more open, we will have a better idea of what the world truly is. She believes we are all equal, so intolerance is unacceptable. Now that the world is changing, she hopes the new generation will already be different, but the responsibility for change will still be up to us, and we should set an example for the younger generation.

She added that men should join women in fighting for equal rights for both genders. It’s about time that people should be more inclusive by giving more chances to women instead of judging them based on their gender. Chef Crenn stresses that women are strong, even more than men, and it takes a lot of hard work to be a woman.

3) She hosts personalised experiences to teach others about her work

Another way Chef Dominique Crenn inspires women is by offering personalised experiences to teach others about her work. She is more than happy to share to others her skills. For instance, she is hosting A French fine dining experience, where guests interact with her and witness her dazzling interpretations of French cuisine through a creative expression of poetry.

Set in Domaine des Étangs in Massignac, France, participants of the hosted experience will have a chance to converse with Chef Crenn through the medium of food, including daily talks, nature walks, and meaningful interactions around the Domaine des Étangs’ vast grounds.

Aside from the hosted experience, another way Chef Crenn is sharing her skills is through MasterClass, a streaming platform where members get to learn from experts. Through MasterClass, you will learn modern vegetarian cooking from Chef Dominique Crenn. She will share how to make great vegetarian recipes at home to impress your friends and family.

4) She’s a supporter of the LGBTQ+ community

She once explained in an interview that she often fumbles her way through the kitchen industry, feeling pressured to say something that will educate sexists, cheer other female chefs, and get support from feminists while trying to avoid disappointing her male colleagues.

Chef Dominique Crenn is using her voice to advocate for the LGBTQ+ community and those less likely to be heard in society and is not afraid to take risks to stand up for what she believes. There’s no doubt that Chef Crenn’s choices and the confidence she exudes stem from the belonging she felt in childhood.

5) She’s working towards creating equality in the culinary world

Chef Dominique Crenn has become a powerful advocate for gender equality in the kitchen industry. In a male-dominated industry, females are often left with these choices – put up with it and hope they can survive until they gather enough courage to no longer be seen as prey or look for another job and abandon their culinary dreams. It is because of these reasons Chef Crenn is working hard towards creating equality in the culinary world.

While she believes gender equality will not happen overnight, it is something that requires hard work. Just like preparing meals, you need to forage ingredients and extract their flavours and textures before you arrive with a delicious meal.