How does the full moon affect your appetite? 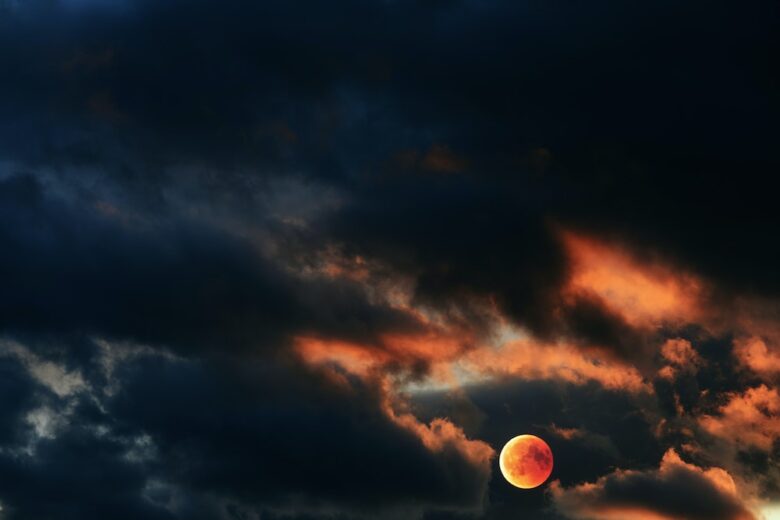 Does your appetite fluctuate throughout the month? If you find yourself more partial to snacks some days, find out why the moon could be to blame.

Whenever there’s a lunar event, like a super blood moon or the Frost and Cold Moons, many people take to social media to tell others about the symptoms they are experiencing.

Humans have had a relationship with the moon for thousands of years, and there’s some evidence to suggest that lunar cycles can influence our mood, sleep, and appetite.

The most well-known stage of the lunar cycle is of course the full moon. This is when the moon is opposite to the sun, and the sunlit side of the moon is entirely visible from the earth, meaning we can see a full circular moon as we look up at the night sky.

Astronomers define the full moon as only occurring for a moment, when the moon is precisely 180 degrees opposite the sun, but to the casual observer the full moon appears to last for a whole night.

Have you ever experienced appetite changes during the full moon stage of the lunar cycle? Scientists have demonstrated over time that the full moon can in fact have an effect on us. But how does the moon influence how hungry you are exactly, and is there any truth to it? Alliance Online have taken a closer look to try to separate the fact from the fiction.

A sleep study has found that the full moon is associated with worse sleep. On average, participants took five minutes longer to fall asleep, took longer to reach deep REM sleep, reported a drop in sleep quality, and experienced a 30% reduction in deep sleep overall.

Another study found that during the full moon, participants got 25 minutes less sleep on average.

There are a few theories on why the moon cycles affect our sleep so much. One of them is the brightness of the full moon: our internal 24-hour clocks use light to gauge what time it is, and our bodies produce melatonin at the right time for sleep. More light can confuse our bodies, disrupting the production of melatonin and causing sleeplessness.

Melatonin release not only affects our sleep patterns — it also changes our appetite. Some research has found that melatonin production reduces hunger, which makes sense as you don’t want to be thinking about snacking when you’re trying to sleep. So, our sleeping and eating times might vary the night of the full moon, and we might feel hungrier than expected near to bedtime.

In short, having less deep sleep at night means that we feel less satiated by food, and therefore need to eat more to feel full. If you find yourself feeling particularly hungry right after a full moon, it may be because your hormones have been affected by a poor night’s sleep .

The lunar cycle and tides change our mood

However, there might be more to this than meets the eye. Humans are about 75% water, and the tidal movements all around the earth are controlled by the moon. Some scientists have suggested that these tidal movements could be happening on a small scale within our bodies, influencing our moods.

One biologist found in his research that the mood swings of his bipolar patients corresponded to the lunar calendar, and thinks this could be down to tidal pulls acting on the human body.

When there are big events in the lunar cycle, like the full moon, this might cause notable mood changes, leading us to be more prone to snacking as we reach for a sugary treat to pick us up again.

If you find yourself reaching for snacks – blame the moon!

Overall, there is still a lot of research left to be done on the relationship between humans and the moon, and the effect that it has on our appetite is no exception.

However, there are various studies to suggest that a full moon can disrupt sleep, which can make you feel peckish. So, if you find yourself tossing and turning, and reaching for the snacks around this time of the month, the full moon might be to blame.

If you often get the urge to have a late-night snack around this time, try to avoid sugary foods or caffeine-containing treats like chocolate, as these can keep you awake even longer. Instead, go for snacks like nuts, berries, or wholewheat toast. These will fill you up without disrupting your sleep cycle.

Published on Nov 22nd, 2022 by Hannah Martin
We use cookies on our website to give you the most relevant experience by remembering your preferences and repeat visits. By clicking “Accept”, you consent to the use of ALL the cookies. However you may visit Cookie Settings to provide a controlled consent.
Cookie settingsACCEPT
Manage consent