How does model Abbey Clancy balance her career with motherhood? 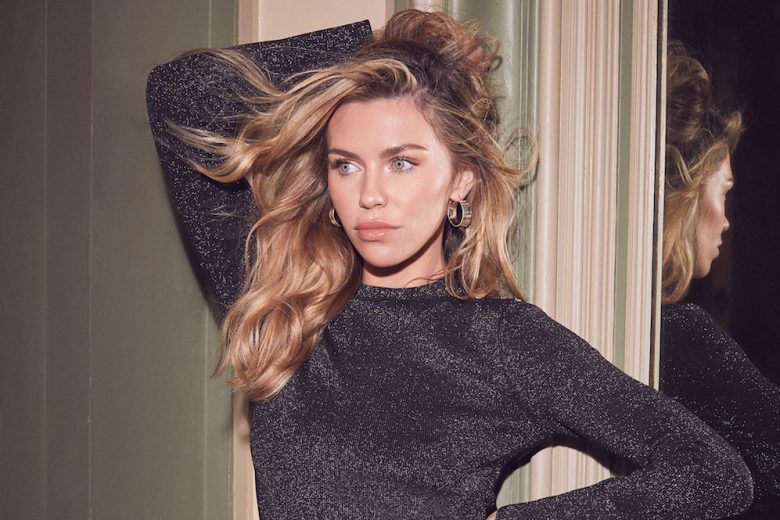 It’s easy to assume that celebrity mothers have it much easier than us; that their career magically thrives, despite the arrival of babies. But, as model Abbey Clancy reveals, it’s not always that simple.

Mother of three Abbey Clancy recently released a new collaboration with womenswear brand, Lipsy. And, in promoting the collection Abbey shared some insights into what it’s like to be a famous mother, revealing her steely career focus and the difficult decisions and dilemmas she, like many mothers, has had to face.

Society is slowly coming to the realisation that becoming a mother shouldn’t have to stop women in their tracks. But like many of us, Abbey knows from personal experience that this doesn’t mean that having a child has become any less of a decision for women. And that, in reality, it often means putting your career on hold.

However, there’s one secret weapon that many career and business mothers have up their sleeve: an amazing support network, which includes friends, fellow school mums and family.

And Abbey is no different, as she says: “It’s so important to have strong relationships with your friends – you can tell them anything and they won’t judge you, they’ll support you and help you out”.

Abbey shot to fame in 2006 following her appearance on Britain’s Next Top Model. So it’s fair to say that as long as she has been in the public eye, her public persona has been closely tied to her profession.

But, as always, you have to look beneath the surface to start to understand the real person behind the media portrayal.

It’s easy to forget that famous successful women are just like the rest of us, and many don’t want to have to slow down just because they’re a mum. As Abbey puts it, “It is important for me to work as it keeps my identity and my independence and I enjoy it”.

But simply wanting to keep your career as a famous mother and actually keeping the opportunities coming in are very different. So how has Abbey succeeded in building her career (and living her life) while having children?

The answer is in not letting any opportunity pass her by – whether it’s professional or personal.

She admits that her favourite quote is ‘YOLO’ and that she encourages everyone to “do your best and try to make a difference, even if it’s only to your life. Time flies and before you know it, it’s over”.

It’s this approach to life that has enabled Abbey to not just maintain her career, but actually seek out new opportunities while expanding her family.

Abbey’s inspiration for her Lipsy collaboration was ‘confidence’. She believes that making a strong a first impression can be a key boost to feeling confident – and that is precisely what she wanted her pieces to help women achieve.

Black or nude are Abbey’s go-to tones for feeling confident, and her favourite power piece from the collection is the tux suit.

But clothes aren’t the only tools Abbey uses to give herself a lift. When she needs a bit of self-esteem boost, she takes the turns the focus on herself rather than her clothes: “I think a good booster for me is having a pamper night”.

Indeed, dressing the part alone won’t work if underneath the beautiful clothes you’re feeling over-stretched and under-valued. So, if you don’t already do so, make sure you make the time to do things that nourish you – whether that’s a pamper evening, a movie night with friends, or just going to bed early with a good book.

Taking time away from your other responsibilities will revive you and give you more energy and patience when you do return to them.

We need to retain our own individuality

So who does Abbey look up to? She’s inspired by successful fashion designers and mothers such as Stella McCartney and Victoria Beckham.

Like Victoria Beckham, Abbey is determined to be known for more than being a ‘WAG’ (she has been married to ex-England striker Peter Crouch since 2011).

And, while Abbey believes that it’s important for women to unite and find strength together, she takes a great deal of strength from her individuality. The best piece of career advice she’s ever received is to ‘be yourself and don’t compare yourself to anyone’.

Abbey’s answer to this is to take inspiration from the people around her (she’s got a lot of respect for the Kardashian women, for example) but not get too hung up on imitating everyone you admire. Influence, not imitation.

Why Abbey’s daughters aren’t her biggest fashion fans – yet!

Abbey may be a model, television personality, Strictly Come Dancing winner and published author, but above everything else, she is a mum to Sophia, Liberty Rose and Johnny, who was born in January. For Abbey her children will always come first.

This collection is Abbey’s debut collection with Lipsy, but despite numerous campaigns and collaborations with top fashion brands and her certified supermodel status, she has familiar battles with her daughters over getting dresses: “My fashion advice to my daughters goes in one ear and out the other!”

To be fair to them, Abbey’s daughters are only seven and three. And no doubt, in years to come, they’ll be making their way through their mum’s wardrobe.