How does immigration factor into Americans’ sense of identity? 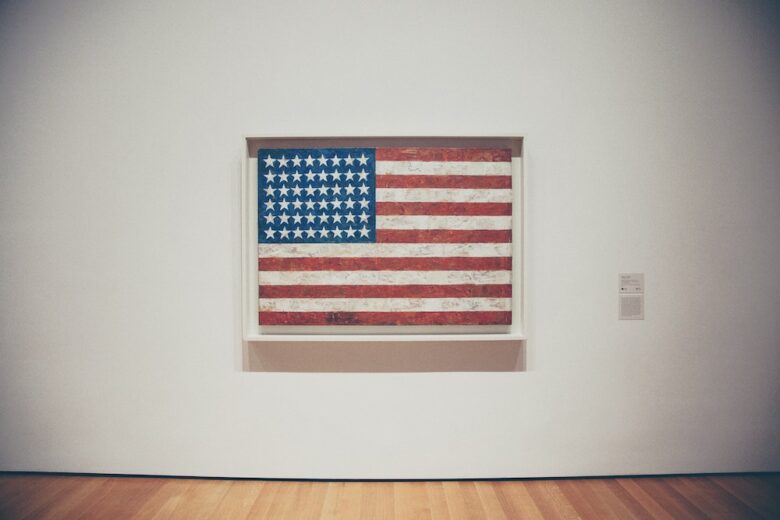 What is the ‘American character’, and how does does immigration factor into Americans’ sense of identity?

Immigration is one of the most discussed political topics in the USA, but there are still many open questions regarding the labor issues, sizes of immigration population, its effect on economics, increasing numbers of unauthorized immigrants, etc.

People move to America in the search of a better life for their families, for work, safety, and escape from war, violence, and poverty. That could have a number of causes, but the result consists in immigration that is an integral part of the economic growth of the state but has a lot of negative consequences since the legislation does not have any coherent acts for its regulation and many people who move here do not have any resident status.

So here’s the big question – does this phenomenon affect American identification?

What is the American identity?

National recognition is a topic for debates among politics, philosophers, and scientists. Americans have defined themselves in many different ways – culture, literature, work, art, traditions, and lifestyle but some areas still remain in question.

The American character includes a number of values and ideals. Historically, the current US citizens were initially immigrants and earned their status with work and patience. The integration of immigrants’ families led to economic vitality and to a cultural exchange that formulated the powerful nation of people who are famous for its identity and nation ideals. This idea is often reflected in the term “melting pot”, which means the idea of assimilation of different nationalities into American life.

Myths of an American identity

The so-called American character is a term that describes the relationship between nation and race. In the world, western countries are perceived as a place of civilization. The American spirit is a kind of self-determination. Exceptionalism was the result of politics’ influence on the national identity in writing works of many famous authors.

For a long time the “American dream” took an important place in the ideological system, but it actually exists between vision and reality. It includes individualism, success, and equality. The Pursuit of Happiness is stated right there in the Declaration of Independence and it was a motivation for ambitious parts of citizens to take care of their emotional wellbeing.

A lot of scientists who were working on this question and had different opinions and various study results. This case is pretty sensitive, and it is crucial to get information only from reliable sources, so the experts from gradesfixer.com have gathered many free essay samples that discuss the basic principles and concepts of American identity, its rise, and influence on the different cultures. As the results of researches show, the many traditions and norms define being American and believe in such core values as Freedom, Truth, Justice.

Immigration level and role of immigrants in American identification

The process of immigration facilitates the cultural and economic changes around America as it absorbs people all over the globe. In this case, integration is actually a two-way process because it influences the people who move to foreign countries and the native-born Americans that leads to a transition between different immigration statuses.

Among all the many effects of immigration, we can define the impact on culture, security, and economy. Immigrants learn English, try to integrate the society, and get familiar with the American heritage. A lot of the U.S. newcomers are refugees but they make positive contributions serving the military.

If we are going to talk about the numbers, more than 45 million immigrants moved to the United States, and there are also around 13 million unauthorized immigrants according to the official data. Also, immigrants brought the patterns of racial and ethnic mixing in the relationships that caused a more tolerant attitude to the minorities.

Immigration is highly affecting the process of American identification. The days of the single race, religion, and culture are a long way behind. The same way America influences the identity of immigrants via language, culture, art, religion, works, dresses, and values.

According to different studies, people have various perspectives on what being American means and the debates are mostly based on the ideas that rule the nations. Racial and ethnic differences bring balance to the diversity of the population and many individuals, groups or communities feel much more comfort instead of assimilation. Of course, there are a lot of optimistic and pessimistic perspectives, but immigration itself changes the perception of America’s national identity.

Michael Turner is an article writer who discusses politics and economic issues in society. He likes to travel and discover different countries and languages, write essays and novels about cultural differences and social changes. He strives to change the world for the better.