How does college change the parent-child relationship? 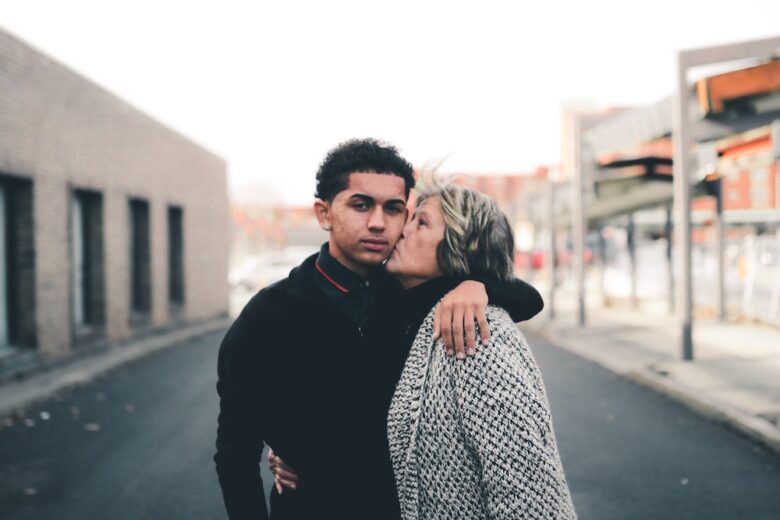 College is an important time when young people develop life skills. Find out how becoming a student changes the parent-child relationship.

For many students, college is the first time they have to manage their schedules and have a routine with no parental involvement. It is also a formative time for the relationship of the student with their parents.

Many undergrads, particularly student living on campus, can get caught in a limbo of independence and dependence – a situation that has a significant effect on parents’ and children’s relations.

This can lead to many misunderstandings between the parents and their child. If you want to improve a father-son relationship or mother-daughter relationship issues, it is worth reading free essays and examples talking about conflict, as it gives an idea about how to approach it. Reading these essays can help you find ways to resolve any conflicts that you might be facing.

It might also give you a better idea about why you are facing these particular issues, and can ultimately help you to understand your child better.

Why parent-child relationships change during college

Moving away from home and starting higher education can leave many students feeling stressed. All the structures and familiar comforts of home have gone, and they no longer have set routines to fall back on.

They don’t have their parents cooking meals for them, doing their laundry and setting boundaries. They also don’t have their mom and dad on hand with a hug, advice or reassuring words when they need them.

Now they need to set and stick to their own routines, create their own boundaries and solve many day to day difficulties themselves. This will inevitably change their relationship with their parents forever – something that all parties can struggle with until the ‘new normal’ settles in.

They’ll also be meeting new people, and be exposed to many new influences which can change their perspective of the world and way they live their life.

Some of these people (and changes) will be fleeting connections, but some will be friendships and choices they’ll keep for life, as many college relationships after graduation can flourish.

When students head off to university, it can herald a difficult adaptation period during which your relationships with your child will evolve – and it can be a bumpy journey!

After completing education, most young people enjoy healthy relationship with their mother and father, but this can be difficult during college.

Five tips to build a strong relationship with your child

While this can be a tricky time, there’s plenty you can do to try to make it as smooth as possible – for you and your child. For building a strong bond with your kid, there are five tips that you can follow.

1) Understand that they are changing

It can be difficult seeing your child change, but when you understand why (and that it is an inevitable and important life stage) it’s much easier to be philosophical about those changes.

And rather than fighting the change, and expecting them to still be your ‘baby’ you can respect the process, and be there for them as they try to find their feet as an adult.

Yes they’ll make mistakes and poor decisions along the way, but this is part of the process. And rather than question why or chastise them, you can reassure, support and guide them (when asked!).

It’s difficult demanding or expecting respect from you child if you’re not prepared to show it to them in the first place. So let your child know that you respect their independence and increased maturity, and allow them to make decisions unchallenged (unless they are dangerous).

You might need to bite your tongue sometimes, but making poor decisions and learning from the consequences is part of growing up. And your child will feel more able to come to you if things go wrong if you respected their decisions in the first place.

We appreciate that it’s hard standing back and watching your child go into the world along, especially if you don’t agree with some of their decisions. But this is an important part of their journey, and you’ll only make it harder for you all if you worry too much or try to interfere.

So find ways to stay calm. Reassure yourself that all the values you instilled in them are still there. And don’t allow yourself to get drawn into fights with them. Don’t react to provocation and try to understand what your child is feeling, rather then just react to the words they are saying.

Like we said, we appreciate this isn’t an easy thing to do! But the calmer you can stay, the less stress you’ll put yourself under, and the better relationship you’ll have with your child -and the less they’ll have to rebel against.

As the saying goes: if you can’t beat them, join them. And in this case, it means embracing some of your child’s new interests. That doesn’t mean you need to start listening to obscure rap music, but instead of dismissing the culture or interests they enjoy, find out something about it, so you can at least talk about it, or know what they’re into.

Your child might not express it (especially if they’re choosing musical genres because your generation will hate it), but they’ll appreciate that you love them enough to be interested in them and their interests.

5) Get to know their friends

By the same virtue, try to get to know their friends, if you can. This will show them you’re interested in their life, give you things to talk about, and gives you the chance to check who it is they’re spending time with and possibly being influenced by.

If you don’t like their friends, it’s not wise to come out with any criticism straight out, and it probably won’t go down well if you tell them not to see them again. But you can drop worries into conversations and explain what your reservations are based on.

They may not listen straight away, and could possibly reject your concerns, but twill give them food for thought. And in time, they’ll look back and appreciate that you had their best interests at heart because you love them.

Waving a student off to college is a big moment on both your lives – and it can be particularly difficult watching your child start to evolve into an adult. These can be tricky years for you both, but with understanding, support and love you’ll end up with a stronger relationship than ever.