Have I let my daughter down by having a career? 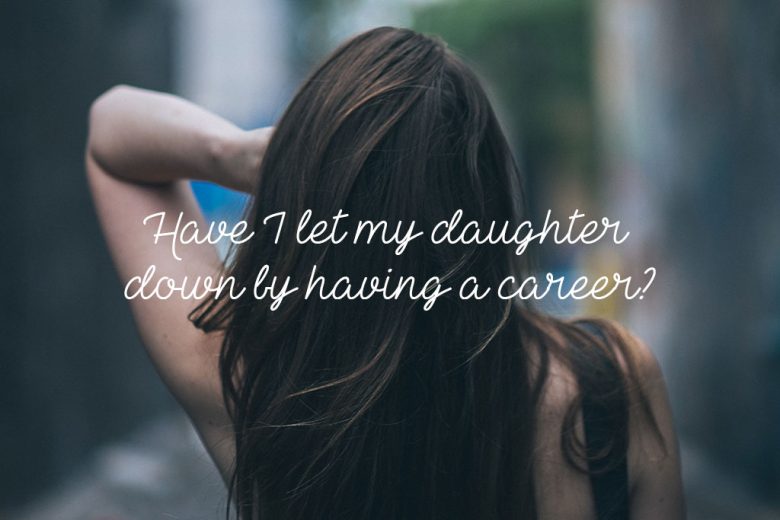 One mum wonders whether she’s letting her daughter down (and sabotaging her success at school) by having a career.

The devastating news was delivered by one of my daughter’s little friends during a playdate.

Certain this couldn’t be right, I turned to my child and murmured, ‘I’m sure that’s not the case, is it?’

My daughter just shrugged her shoulders. ‘We’re in different maths and literacy classes mummy, that’s all,’ she said. And that was the end of the conversation. For them, anyway.

But over the next few days I found myself preoccupied by the thought that my bright, thoughtful little girl wasn’t in the top group of her class. I wondered if somehow my daughter and her friend had got it wrong, surely my bright clever, kind oldest child would be in the top set?

My fears were confirmed

My fears were confirmed the following week at parents’ evening. Yes, my daughter was indeed in what was effectively the ‘middle’ set.

While the school, like most primary schools in our area, doesn’t stream officially, it does group children of similar abilities when it comes to maths, reading and writing.

And in these key subjects, it turned out my daughter was average. Although this shouldn’t be a shock – after all, in any group some have got to come in the middle, and as she’s in year three she is still near the beginning of her academic journey.

But as much as I tried to reassure myself that my daughter was doing fine, the word average kept churning round in my mind, my daughter was average, and I – much to my shock – was bothered by this.

So bothered in fact that was why, at 11pm that evening, I starting looking online for a local tutor.

I’ve always been relaxed about education

Until this term I’d always been fairly relaxed about my daughter’s education.

A cheerful, sunny baby, when it came to developmental milestones she’d been anything but average. She potty trained easily and she spoke and walked earlier than most of her friends. At one she started attempting to write ‘like mummy’ and she was counting up to 20 before she started nursery.

I had assumed she would hit the ground running when she started school. In fact much like my husband and my self. I got 11 ‘O’ levels, a smattering of As, Bs and Cs and an A and a C at A level, going on to get a 2(1) BA(Hons) in political science. My husband also had a degree in English.

But looking back, I think we got complacent. Because just as she was starting school, age four, her younger sister arrived.

My youngest was a demanding baby, the polar opposite of my oldest. And despite being in good health, the reality was we were exhausted older parents who both worked full time.

Her homework got done, but with the barest of input. For her first year of school it was – I’m ashamed to say – one of our lowest priorities.

And also because neither my husband or I had been given homework when we were seven, we both assumed she would be okay.

And then as she started her second year at school my daughter, who had loved reading and writing and maths, dug her heels in and homework became a flashpoint. Maths homework was the cause of particularly dark times and we had to abandon it for several weeks.

Of course I worried about this aversion to homework, but I reassured myself that both my husband and I were bright, had good jobs and had done well at school. It would all be all right, we just had to be more chilled out about it.

I was reluctant to push her

Friends of older children told me how they too had struggled with getting their children to do homework, but were now on course to get 10 grades A-C in their GCSEs.

Part of my reluctance to push my daughter was due to my unhappiness at being streamed at school. Placed in the top set out of five I struggled emotionally and couldn’t cope with coming at the bottom of the class – even though my class mates were all exceptionally bright.

Every test I got a C, when everyone else got Bs or As felt like a failure; so much so to the extent that I didn’t do my homework and deliberately failed tests. Several Ds and Es later It worked and I got put intothe next set down.

In that set I thrived. I came first in most tests without too much effort, which meant my school days were as much about fun and socialising as learning.

I coasted through my ‘O’ and ‘A’  levels without too much effort and graduated from university without experiencing too much stress.

My husband’s experiences were similar.

Our laid back approach needed a rethink

But those were different times. Times when you left school or university – if you were like me and one of the 10 per cent of my age group who has a degree – you were assured of getting a job.

Even though I graduated during a recession I still managed to walk into a job where I worked alongside Oxbridge graduates.

But today being average is not nearly good enough; I’ve seen how once well-paid jobs are now being farmed off to interns and how even having a degree or a profession is no guarantee of financial or emotional security

Our laid-back approach needed a re-think.

Society’s pressures are creeping in

My daughter is a success in my eyes but as she gets older I see society’s pressures and expectations creeping in. Even those of the school mums.

Listening to a group of parents while waiting to pick up my daughter from school one afternoon I heard one mother from another school berating her child for getting 8 out of 10 in a spelling test. I can’t even remember my mum telling me to do my homework. But if I ignore that kind of competition, I’m doing my daughter no favours – because it will only get tougher.

I only have to look around at some of the offices where I work to see the armies of unpaid interns, some with PhDs – to realise it is going to be a tough world my daughter will be attempting to work in.

I had a glimpse of things to come when I enrolled her in piano lessons, age five. I didn’t think it was that big a deal, just a lovely hobby that she could lose herself in.

But after mentioning it to other mums, within six months at least three friends of her’s had also started learning the piano.

And like many children her age, she is enrolled in swimming lessons. She’s doing well despite losing her confidence for a few months after breaking her collar bone and recently got a certificate for swimming 20 metres on her back.

The day we got the certificate I was about to mention her achievement to my friends when I noticed that her child had a certificate that they too had just got that afternoon, for 50 meters.

I quietly stashed her certificate in the bag and didn’t mention it.

Has my career set my daughter back?

At our parents’ evening chat our daughter’s teacher told us what a lovely child Imogen is, if a little self effacing – she doesn’t like a fuss.

So why is it that I have convinced myself that we have let our beautiful intelligent daughter down? Has being a full-time working mum set her back. Had our laissez-faire attitude caused her not to reach her potential? Did it matter that she was, academically speaking, middle of the road.

I wished my own mother had pushed me just that little bit more. Although I did okay, academically speaking, I have spent most of my life ‘just coasting’. I often wonder if my mother or father had sat down with me and encouraged me to do my chemistry or maths, I could have got an A or a B. When I allow myself to dream I’ll admit that I would rather have had a career as a biochemist.

My dilemma was that I had been happy at school. Speaking to a friend who had all but been shoved by her mother to go to Cambridge, she admitted she was unhappy there, but now she is a scientist doing what she loves.

So why does it matter? It’s about giving my daughter the choices I never had. Because even though I did well at school, I could have done better, I could have been pushed just that bit harder.

I’m not so much bothered about other parents, because I know that there is some truth in the saying ‘don’t peak too soon’. Bright friends of mine in the first few years of secondary school had all but burnt out by the time we got to sixth form, tired of pushy parents forcing them to do school work that made them unhappy.

My daughter is thriving and happy

My daughter is after all thriving, she has lots of friends and is happy. She’s still so little and she does enjoy school.

So over the holiday we will be spending a lot more time practising her writing and maths (her reading is excellent thank goodness).

But – despite the fact a lecturer friend of mine reveals she is doing good business tutoring six and seven year olds where she lives in the North of England – we won’t be paying for a tutor. Not just yet anyway. 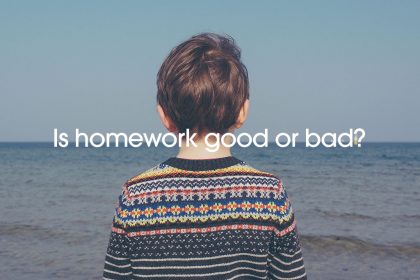 Is homework good or bad for children’s development? 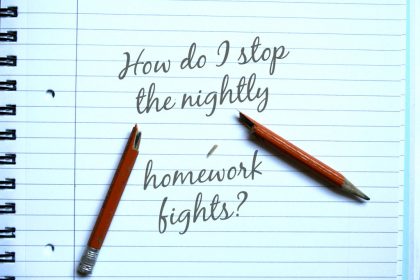 How do I stop the nightly homework fights? 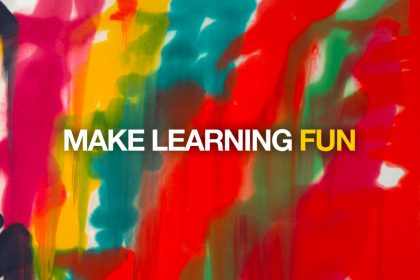