Gillian Harvey: Should having five kids skew how people see my failures – and my successes? 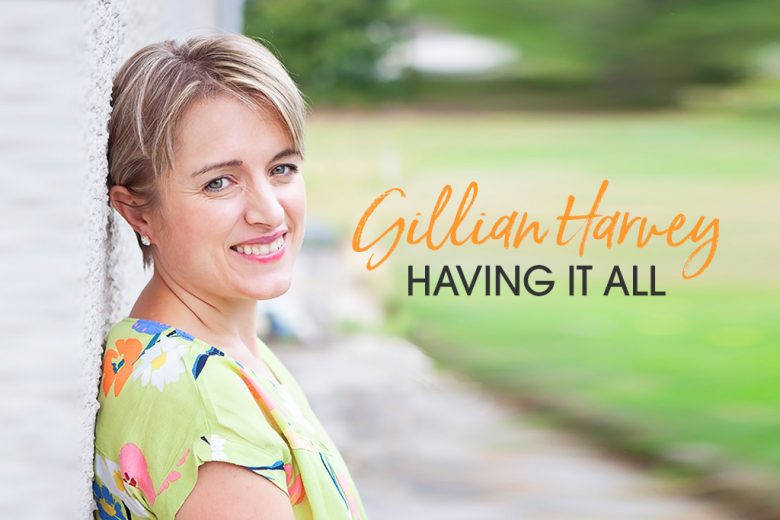 Read our latest column on the trials and tribulations in trying to have it all, by freelance writer, author and mum-of-five Gillian Harvey.

When it comes to work, I can be my own worst critic. I often get to the end of a day and feel I could have done things better – whether it’s managing my time more effectively, or actually getting around the hundreds of little admin jobs I tend to put on the backburner.

Come to think of it, I’m also my own worst critic when it comes to all things physical – I should be quaffing fewer croissants and pounding out more miles on the treadmill. And why is it so easy to eat five biscuits, but so hard to get my daily five portions of the good stuff?

When I’m in a particularly self-deprecating mode, I sometimes turn to a friend and ask for their opinion – could I have handled something differently? Should I be more on top of things than am? Or – most importantly of all – does my bum look big in my leggings?

In the past, people would either tactfully tell me the truth, or reassure me that nobody is perfect, everyone’s in-tray is overflowing and that – in the right light and from a safe distance – my bum really doesn’t look too bad.

That all changed when I became a mum. Now, instead of honesty or reassurance, people make excuses on my behalf.

I realise, having five kids is no mean feat (just ask my pelvic floor), and of course my five little humans keep me busy. But there’s no reason why I can’t look after them, still have a great career and even – if I’m really, really sensible – keep my derriere reasonably toned.

I’m still me. I still have (almost) the same brain; the same motivation. Yes, I come with baggage, but (other than the odd childcare issue) being a mum isn’t an impediment – it shouldn’t make people expect less of me.

It annoys me that women are so often qualified by being a “mum-of-two” or whatever your magic number is. The only time you see that on an article about a man is in an obituary – it’s not seen as relevant to his working life.

If anything, I’ve worked harder since having the little blighters. After all, when your day is divided into tiny portions, you tend to make more of your time. And when surrounded by bouncy, energetic little minions outside of school hours, hiding in your office to do some “extra work” can sometimes seem a really, really good idea.

So, when I do have the odd success, rather than adding “despite being a mum of five” perhaps people should say:

“You’re doing great – it must be all those kids!”

Gillian Harvey is a writer and mum-of-five. Her debut novel Everything is Fine is out with Orion in May 2020.