From VHS to TikTok: Why 1980s workout videos are making a comeback 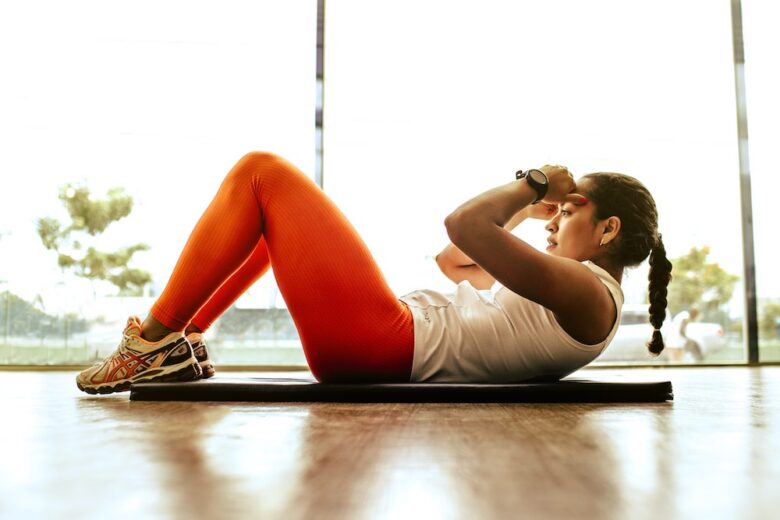 Neon, leggings and cycle shorts are back! Find out why 1980s workout videos are the latest fitness trend on TikTok.

Some of you may remember the iconic television workouts from the 1980s, such as Jazzercize, Richard Simmons’ Sweatin’ to the Oldies, and, of course, the guru of 1980s exercise Jane Fonda’s abundant collection of aerobics.

To this day, we praise the glorious stars of the small screen who entice us with their enthusiasm to get into shape while having fun. What’s incredibly notable for these workout idols and their teams is their loud, glamorous, and vibrant fashion. They embrace bright-coloured bodysuits, neon headbands, and leg warmers, and their exuberance is contagious.

Some of these 1980s fitness style moments are coming back into fashion, alongside the workouts that popularised them. Think of headbands, cycling shorts and white trainers – they’re all in reverence of the era of fitness glamour.

With some help from the cycling shorts division at Leisure Lakes Bikes, we take a dive into the workouts that changed the fitness and fashion industry forever and how they fit into the modern-day context.

They say, “don’t judge a book by its cover”. But the covers of iconic 1980s workout VHS tapes are a true representation of what’s inside the box: a parade of colour, glamour, and astute finesse.

One of Jane Fonda’s hit workout tapes, Jane Fonda’s Workout, completely changed the way we not only view VHS but also workouts in April 1982. It was the first non-theatrical videotape to top the sales charts and was a big hit for the next six years.

On the cover, she is wearing a bright yellow leotard decorated with playful frills and matched with yellow-pink leg warmers. She is sat in a V position with crossed legs that only accentuate her slender physique and her 1980s make-up and hair.

In the tape itself, the viewers are taken through a whole workout routine, from the warm-up to the cool-down, along with her leotard-clad crew. Swept up in the fun and cheer of the crew, you don’t realise the impact the workout is having on your body until a few weeks later when you see the results.

Jane Fonda’s Workout, alongside an array of exercise videotapes led by charismatic workout gurus, is notable not only for the tantalising fashion style but also for the way the workout is conducted. Throughout the session, the at-home followers are asked to measure their heart rate with fingers on their wrists to ensure that they’re in the right range. That was the 1980s predecessor of the modern-day fitbit.

The nostalgia around 1980s workouts and everything they entail didn’t wait long to settle. In 2004, the Ministry of Sound label released Pump It Up! The Ultimate Dance Workout, fusing clubbing dance moves with aerobic exercise to the beat of modern dance music.

The workout is led by Deanne Berry and features all the stars from Eric Pryd’s video Call on Me (2004). Although it’s set in the noughties, it takes a nostalgic approach to 1980s workout fashion. The crew is wearing vintage leotards, leg warmers, headbands, and white trainers with a modern twist. Even the moves are inspired by 1980s aerobics videos.

A cult for 80s workouts

2004 was just the start of what we can call a cult to the 1980s workout videos and their spirit. Today, the hype continues.

During the 1980s, Jazzercise established itself as one of the hit workouts providing fun while staying fit. In 1969, 25-year-old jazz dancer Judi Sheppard Missett started teaching simple routines to jazz and Top Forty hits. What was originally called Jazz Dance for Fun and Fitness soon grew into a renowned workout routine that was renamed Jazzercise and was trademarked.

Jazzercise had its 50-year anniversary in 2019. Today, Judi Sheppard Missett and her daughter are still teaching the art of jazz and aerobics, and there are many other clubs around the world that practise it. Some of them still embrace the iconic 1980s fashion to add more oomph to their workout routine.

Judi Sheppard Missett isn’t the only one who has transcended her legacy. Jane Fonda continues producing workout videos up to this day, even at the age of 85. In 2010, she revamped her appearance and fashioned a short haircut, a belted leotard, and black yoga pants. The more toned-down look dominated her videos for the next few years.

Today, Jane Fonda is chiming in with the modern content channels and can even be seen on TikTok. She’s kept the outfit as well as the short haircut, which is now nuanced in grey, and she is still looking as glamorous as ever. In her TikTok introduction video, Jane said: “Hello TikTok, my name is Jane Fonda. I’m going to bring back the Jane Fonda’s Workout.”

This is followed by a flashback clip of Fonda doing a workout in a blue leotard accessorised with a white belt. Jane Fonda is bravely reaching out to new audiences while playing with nostalgia.

The 1980s workout videos have definitely left a mark not only on the fitness industry but also on fashion. The iconic clothing items that have been associated with the 1980s workouts are now becoming an everyday fashion staple, transcending the glamour and vibrancy of the era.