Five scientifically proven ways to be happier in 2020 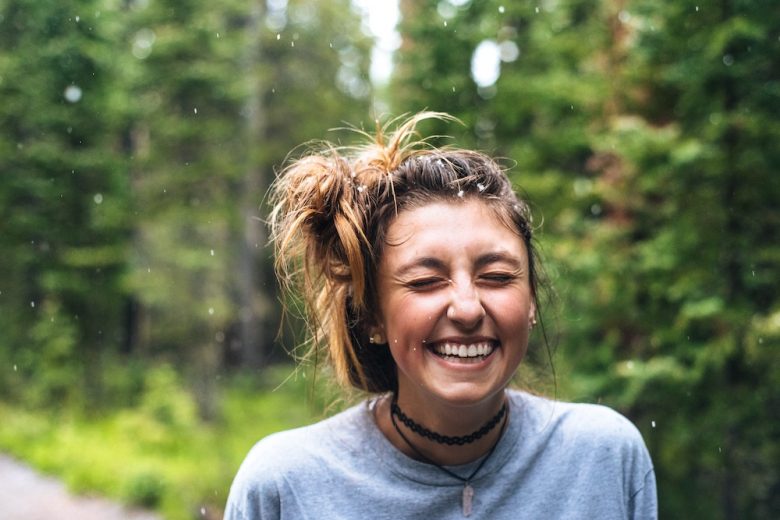 Being happy can be a struggle at this time of year. Christmas and New Year are over, winter is in full swing and January 20th, or Blue Monday, is here.

Maintaining a positive attitude in spite of these can be a difficult, but don’t despair. There are ways to fight the gloom. With the help of science—and a little motivation from you—it’s possible to boost your serotonin levels and feel happier.

Here are five ways to get those happiness-inducing hormones pumping and make 2020 a year to remember.

1) Get a good night’s sleep

Sleep is one of the most important steps that you can take to improve your overall health. Getting enough sleep can lower stress levels, improve your immune system and even protect against cancer.

One of the most common reasons for losing out on sleep isn’t insomnia or stress, but staying up too late or doing something stimulating just before bed. Learning how to tackle these bad habits, like working on your bedtime routine, can dramatically improve your quality of sleep. There’s also scientific evidence to prove that getting more sleep can make you happier.

Those who didn’t get a chance to recharge their batteries were also more sensitive, showing that catching 40 winks can not only help you see the world in a more positive light but help you confront negative thoughts more effectively.

Being more active is a common New Year’s resolution. Sadly, most of us lose our resolve to stay on track by mid-February. This year, then, instead of vowing to lose weight and punishing yourself in the gym, make your New Year’s resolution more happiness-centred and focus on the physical activities that bring you joy.

Whether it’s walking the dog or cycling to work, make these activities your opportunity to indulge in some self-care and try something new. So if you love to dance, try a Zumba class or raise the roof with this La Bomba dance workout.

Research shows that those who engage in new activities have a greater propensity for retaining positive memories and minimising negative ones. Pushing yourself outside your comfort zone will also help you find more interesting forms of exercise and make it easier to incorporate activity into your day.

3) Step away from the gadgetry

The modern world is full of gadgets that simplify our lives. However, like most things, moderation is important. The popularity of wearable gadgets and smartphones has meant the number of hours the average person spends on the internet has increased exponentially.

Young people now spend an average of six hours a day on their phone, and 50% of teens say they’re addicted to them.

Researchers are now investigating how technology is affecting our happiness, and the results are unsettling. A study into the online habits of young girls conducted at Stanford University showed that those who spent a considerable amount of time using multimedia described themselves in ways that suggested they were less happy and socially comfortable than their peers.

Another study into heavy Facebook use also showed that users’ increased levels of envy led to extreme sadness.

To combat the negative effects of tech, it’s important to consider how often you’re using your phone to access the internet and how social media is making you feel. If you notice that spending time on Instagram or Facebook results in feelings of distress or anxiety, you may need to spend more time offline and find other ways to stay in touch with friends and family.

It’s easy to neglect the good things in life. But research shows that putting time aside to consider what you’re thankful for can actually have a long-lasting effect on your brain chemistry. In fact, gratitude journaling has been shown to affect neural activity for up to three months.

Gratitude journaling involves spending time thinking about what you’re grateful for and writing it down. Research suggests that doing this once a week is enough to boost dopamine levels. Scientists have also found that elaborating on one particular thing that brings you happiness is more beneficial than writing a long list of superficial things.

Finding time to write in your gratitude journal can be difficult at first. But by attaching it to an existing habit, like having your morning coffee or reading before bed, you can make it easier to incorporate into your daily routine.

Another way is to create a dedicated space at home. Investing in a nice desk or some personalised stationery will make your journaling feel more special and less likely to fall by the wayside.

5) Volunteer or donate to charity

If you’re short on money, don’t worry. Volunteering for charity has been shown to have a similar effect.

A paper published in 2004 showed that those who volunteered for charity were more satisfied with their lives than those who didn’t. It also found you didn’t have to volunteer every day to feel the benefits. Volunteering as little as two hours a week was enough.

Last updated on Nov 2nd, 2021 by Hannah Martin
We use cookies on our website to give you the most relevant experience by remembering your preferences and repeat visits. By clicking “Accept”, you consent to the use of ALL the cookies. However you may visit Cookie Settings to provide a controlled consent.
Cookie settingsACCEPT
Manage consent