Five of the best zoos in the United States 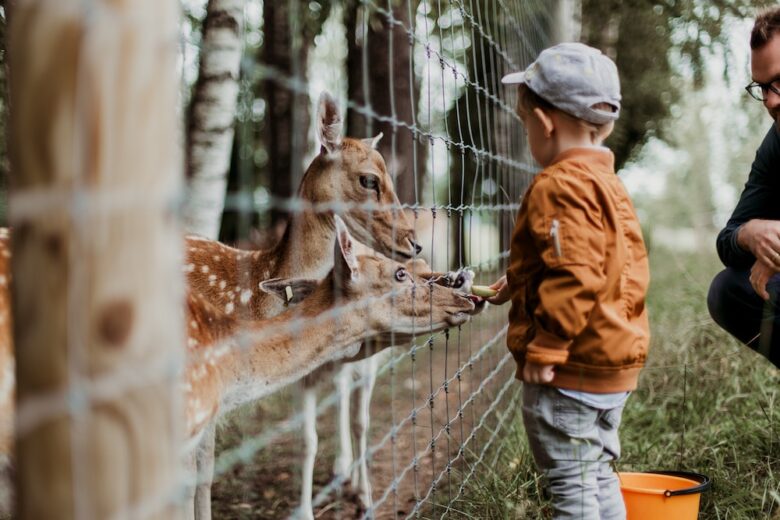 The best zoos in the United States are far more than places to see animals; they’re conservation powerhouses. Here are five of the best to visit.

The work these zoos do helps save species worldwide and teaches the public about the importance of caring for the environment.

Whether you plan to visit or take advantage of their at-home learning opportunities, check out these five amazing zoos.

The world-famous San Diego Zoo is located in the Balboa Park, the cultural heart of the city. Highlights here include the largest colony of koalas outside of Australia, the Skyfari aerial tram, and the new Africa Rocks exhibit that includes African penguins and Hamadryas baboons.

They’re also a certified botanical garden with a collection of over 700,000 plants, many of which are rare and exotic.

The conservation projects currently in process are too many to count. To give you an idea, San Diego Zoo Global helps rescue African elephants from poaching in Africa to rehabilitate and move them to safer communities. The giant pandas have returned to China, but the San Diego Zoo was instrumental in figuring out how to get them to breed successfully in captivity.

The Bronx Zoo opened in 1899, and at 265 acres, it’s the largest metropolitan zoo in the United States. One highlight that guests love is the Congo Gorilla Forest, which is modeled after an African rainforest and home to the western lowland gorillas, mandrills, and okapi (they were the first zoo to exhibit okapi).

All that may separate you from a gorilla is a piece of glass, and you can have a similar experience with Tigers in Tiger Mountain. And, there’s an awesome Children’s Zoo where you can interact with goats, sheep, or donkeys.

Animals aside, there are other adventures to be had. You can navigate the Treetops Adventure aerial ropes course or zip line over the Bronx River or the Nature Trek obstacle course.

In the early 1900s, bison bred at the Bronx Zoo were relocated to the Western Plains, which help save our national mammal from extinction. Their efforts have only expanded since then to protect bison and save other animals across the planet, including elephants in Africa.

Limited admission is free on Wednesdays. The Bronx Zoo is also part of The New York Sightseeing Pass.

Perhaps the biggest attraction right now at Cincinnati Zoo & Botanical Garden is Fiona, a social media star since her birth and prematurely-born hippo.

Aside from this, it’s the country’s second-oldest zoo. It’s not as large of a facility as some of the others on this list, but they have a long list of conservation projects in process. One involves saving the Sumatran rhino — in fact, two born at the zoo were relocated to Indonesia.

Tips: Guests can feed lettuce to the Masai giraffes. Check the schedule for feeding times.

Henry Doorly Zoo and Aquarium in Omaha, Nebraska is home to many exhibits that are the largest of their kind in the nation. It’s the top paid attraction in the state.

Inside you’ll find meerkats, bearded dragons, klipspringers, and other desert animals. Kingdoms of the Night is also the world’s largest nocturnal exhibit where you can view the habits of animals who are usually active at night like bats and aardvarks.

Tips: The indoor exhibits make zoo-going in a Nebraska winter doable. They’re also located close to the entrance. You can also go behind the scenes with zoo staff from home through Virtual Backstage Experiences that share what it’s like to care for certain exhibits in the zoo.

If you’ve ever seen Jack Hanna and animals on late night or morning television, he’s from the Columbus Zoo and Aquarium (and his promotional efforts are largely responsible for turning it into a world-famous zoo).

Shores & Aquarium is a highlight because it houses manatees that are actually part of the U.S. Fish and Wildlife Service’s Manatee Rescue and Rehabilitation Program.

Don’t miss the 43-acre Heart of Africa exhibit with zebra, gazelles, lions, and more (closed during winter months). Kids may also like the train ride, 4-D theater, camel rides, playgrounds, and other fun things to do.

Tips: This zoo is nearly 600 acres in size, so it does help to plan your day in advance or spread a visit across two days. The adjacent water park, Zoombezi Bay, is owned by the zoo, but it requires a separate ticket.

Published on Sep 9th, 2020 by Hannah Martin
We use cookies on our website to give you the most relevant experience by remembering your preferences and repeat visits. By clicking “Accept”, you consent to the use of ALL the cookies. However you may visit Cookie Settings to provide a controlled consent.
Cookie settingsACCEPT
Manage consent