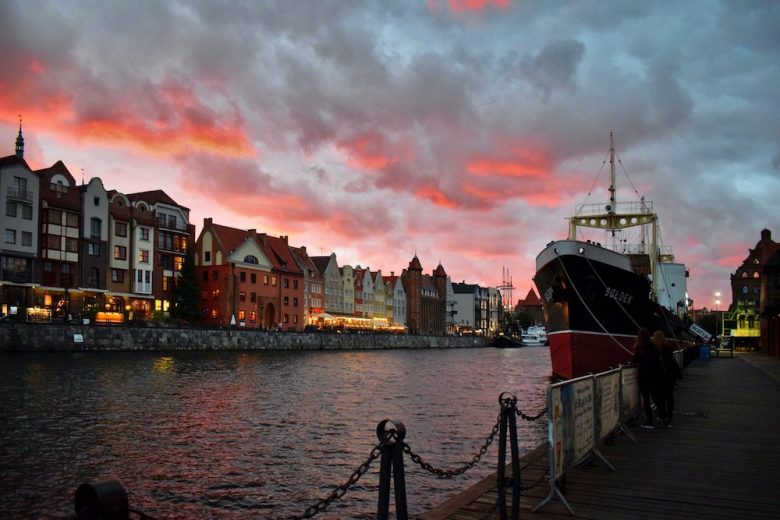 Europe might be famed for hotspots like London, Rome, and Paris, but it has so much more to offer. Here are five must-visit sights in Central Europe.

If you are planning a trip of a lifetime to Europe, why not skip the tourist hotspots and head straight to the heart of the continent where there is so much to explore?

And, the best part is that most of the places in Central Europe are cheaper to see compared to Western European cities like London and Paris, so you can get even more out of your trip.

We’ve put together some of the best cities and sights to see in Central Europe that you will not want to miss out on.

Although it has often been ranked as one of the best cities to visit in Central Europe, Gdansk often goes underrated. But more recently, tourists have been taking more of an interest in this appealing Baltic city.

The best part is that since it’s so up-and-coming, it’s still relatively inexpensive to visit and you can easily get by on a budget here. The old town is an absolute must-see, with much of the medieval charm still preserved although combined with more modern, Gothic, and Baroque architecture.

Some must-see sights include Neptune Fountain, Dlugi Targ (the Long Market), the Long Gardens, The Green Gate Royal Castle, and the marina. Makes sure you include Gdansk on your European tour itinerary with an operator like firebirdtours.com.

If you are a sightseer looking for a fairytale landscape to immerse yourself in, then look no further than Prague. With an enchanting castle with spires that span as far as the eye can see, Prague is easily one of the best cities to visit in Central Europe.

The capital is well-known for its fascinating 600-year-old Astronomical Clock and the Old Town is filled with interesting, vibrant Baroque buildings. There are plenty of modern attractions to discover too, like the Dancing House and DOX Centre for Contemporary Arts.

Be sure to take a paddleboat cruise along the Vltava River for a breathtaking view of the Charles Bridge.

Once you’ve had your fill in Prague you can go from Prague to Vienna by train and take in all the breathtaking sights along the way. Vienna ranks as one of the best cities to visit in Central Europe and is the birthplace of Mozart, making it an ideal stop for any classical music lover.

During the 18th and 19th centuries, many famous classical composers such as Strauss, Beethoven and Schubert called this gorgeous city home, and it’s one of the best places to be if for opera and classical performances.

Croatia long went undiscovered as a beach destination but in recent times, has become much more popular. Split is the place to be if you want to spend time with nature and relax on the brach, located on the Dalmation Coast.

It is well-known for gorgeous pebbled and sandy beaches and there are several well-preserved ruins sites leftover from the city’s history as a Roman stronghold, including the vast and beautiful Diocletian’s Palace, where performances are held in the courtyard.

Croatia is one of the most popular cruise destinations in the world, and for a good reason. The country’s stunning coastline, medieval towns, and friendly people make it a perfect place to explore. Cruises around Croatia with so many options to choose will surely give you an unforgettable experience.