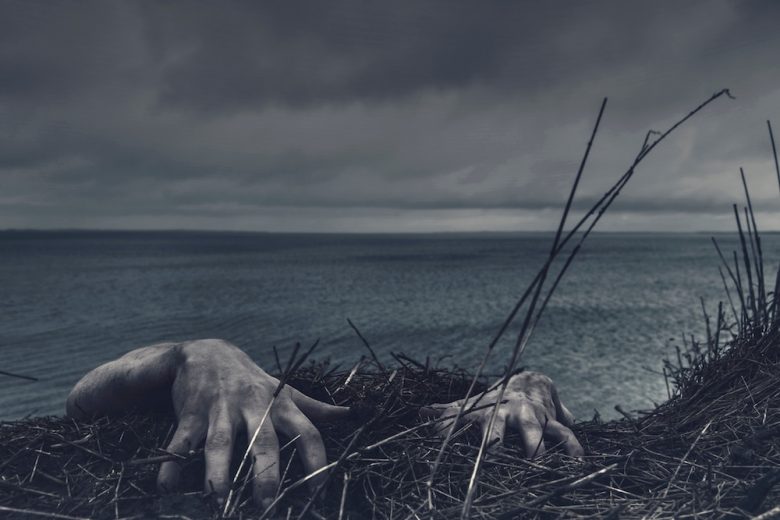 Fancy something a little more adventurous than supermarket fancy dress and trick or treating this Halloween? Here are five fun places to take a trip if you love myths and folklore.

As the winter months draw in, the days get shorter, the nights get longer and everything gets colder, you might be starting to wonder about getting away from it all. But when the sun isn’t shining it can be difficult to get the kids to go outdoors, so what are your options?

Well, for those who indulge in Halloween ghost stories or like to hunt for magical beasts at the bottom of the garden, why not consider a trip based around myths and folklore? It’s a great way to sneak some outdoor activities and a bit of education into the itinerary.

Here are five suggestions that are packed with myths and folklore (and a few ghosts) to consider – if you’re brave enough!

1) Visit the MacKenzie Poltergeist in Edinburgh

Edinburgh is steeped with history, and if your wee bloodthirsty savages are into ghost stories, then head north of the border. Sir George ‘Bluidy’ MacKenzie was a lawyer responsible for the persecution of a religious group called the Covenanters.

The Greyfriars Cemetery where he was buried has been stalked by his ghost for almost two decades. Since 1999 there have been 350 documented attacks. Visiting tourists have reported being pushed, pulled, bruised and bullied by an unseen and altogether unwanted visitor to the Black Mausoleum.

If this all sounds a little bit BOO much, then you could climb Arthur’s Seat or visit one of the many museums and galleries.

Cornwall is awash with myths and folklore, giants stalk the countryside, mermaids swim in the sea and the ghosts of smugglers and pirates haunt the caves and coves along the shoreline.

On Tresco, one of the Isles of Scilly, you can find Piper’s Hole, which supposedly connects to another cave on nearby St.Mary’s Island. Some believe that it’s inhabited by the ghosts of smugglers who got trapped when the tides rose, others claim lost dogs have found the passage and emerged on the other island (minus some fur but otherwise well).

Whether you’re a believer or not, the fresh air, local culture and plentiful pasties will have you yearning for a nap by the fireside in no time.

3) March up Souther Fell with a ghostly army

For those of you that don’t mind a bit of winter walking, why not consider a hiking trip with a difference in the Lake District?

On Midsummer’s Day in 1745, a spectral army was seen marching over the hilltop, despite the fact, there were no troops in the area at that time. A ghostly procession of carriages, accompanied by a regiment of spooky soldiers crossed the ridge over a period of hours and then disappeared.

Although it’s unlikely you’ll find any evidence to corroborate this story when you get up there, you will find a wonderful view and the area is littered with charming holiday cottages, pubs and inns where you can eat, drink and swap ghost stories while the wind howls outside.

4) Hunt for the Huldufolk in Denmark

Elves, industrious and adorable with a penchant for fur-lined clothes. Unfortunately, Hollywood hasn’t been completely honest about elves.

For hundreds of years, the inhabitants of the Faroe Islands in Denmark have known the truth –  that the Huldufolk, mischievous creatures clad all in grey, take great pleasure in causing landslides, spoiling crops and souring milk.

Fight back in true Danish style and get your ‘hygee’ (cosy) on in one of the quaint grass-thatched huts. Or celebrate St Olaf’s Day with costumes, singing and dancing– that’ll get the Huldufolk down…

5) Go on an African adventure with Anansi, the Spider God

Okay, if you’re really not up for staying in the cold we thought we’d include one that takes you to somewhat sunnier climes. Ghana’s traditions, folklore and local gods are a joy to behold, much like its wonderful wildlife, proud forts and buzzing streets.

Perhaps the most famous of its deities is Anansi, the Spider God, recently popularised in the Amazon Prime series, American Gods. Anansi can take the form of a man or a spider and is blessed with cunning, wisdom, mental agility and a silver tongue.

He’s also a powerful symbol of resistance, encouraging slaves to overthrow their masters and seek freedom. Wherever there’s fun or frivolity, which is pretty much everywhere in Ghana, Anansi won’t be far away.