WHERE WILL YOUR SALES COME FROM IN 2021?
PLAN YOUR YEAR NOW WITH OUR COMPLETE MASTERCLASS KIT

What’s the secret to finding the motivation to get started on a really BIG goal? It’s much simpler than you may think! We reveal the five most common excuses for not going for your goals, plus how to do it.

If you’ve got a brilliant idea or a desire to do something but haven’t started yet, what’s stopping you? All too often we see women give the same reasons for not getting started on a big goal – and live frustratingly unfulfilling lives as a result.

Find out what those five excuses are (and why they’re just that – excuses!) and how to overcome them. Plus learn the surprisingly simple secret to actually getting started and working towards the success you want.

The five most common excuses for not getting started

Find out the five of the most common reasons we hear for not starting big goals, and why they’re wrong!

1) I don’t have enough money

If you REALLY want to do something, money won’t stop you.

When Kary and I decided to start Talented Ladies Club we had grand plans for an ambitious website. But as two freelance mums, we didn’t have a huge pot of cash to invest in everything we needed to make it happen. In fact, we barely had anything at all.

So we found a developer we trusted (the amazing and ever-patient Alan Green of Dare to Think), worked out what we could afford to pay him, and adjusted our plans.

Aside from the actual development, we’ve done everything else in building Talented Ladies Club ourselves. We taught ourselves SEO and social media, and learned the hard way how to grow a readership without spending money on advertising. We worked around our lack of money, and made it work using the resources we did have – ourselves.

And if we achieved these things with little money, you can find a way to make your goals happen too – if you REALLY want to.

This is another popular excuse. And again, I’m going to use Talented Ladies Club to prove why you’re wrong!

When we launched Talented Ladies Club in April 2013 we went live with over 100 pages. Every page had been researched, written and an image created for it.

All these pages, plus the whole concept of the business and planning, design and building of the entire site had been created in just four months.

Aside from the actual back end development of our site, Kary and I did everything ourselves. In four months. While raising three children between us (two of whom were pre-school at the time), managing two freelance careers, running two households while our full time partners worked, and doing all the other things that mums get done every day.

It was an incredible feat, and we sacrificed a lot to achieve it (free time, social lives, sleep and, often, sanity) but we did it. And if we did it, so can you.

We learned how to structure our day to get maximum time to work, use lists efficiently, and eliminate time-wasting activities (Facebook and guilty-pleasure Daily Mail Online showbiz stories!). And it worked. We got more done in a day in those four months than we have achieved before or since.

3) I’m waiting for the perfect idea

I hate to shatter your illusion but there’s no such thing as ‘the perfect idea’. Ideas don’t come to us fully-formed and ready to go. They’re like diamonds in the rough, needing to be hacked out, shaped and polished.

When we first started thinking about Talented Ladies Club, it didn’t resemble the site you’re on now in any way. Initially we envisaged launching an online network to match mums and pool talents. It was only by actually working on the idea that it evolved into something workable for us. And continues to evolve still.

And it’s not just us who recognise this. Last year we interviewed Darren Fell, a highly successful serial entrepreneur and the founder of Crunch Accounting. We asked him for his best tips for budding entrepreneurs and this is what he said:

“Don’t get caught up in waiting for the most amazing business idea in the world to come along. If you have a gut feeling or an idea, just go for it and tell as many people as possible what you’re doing. Often the real idea will come out of your original one in the process of trying to make it work.”

So if you’re spending (wasting) valuable time waiting for the perfect idea to drop into your lap, stop. Pick a fairly good idea and start running with that. Do the groundwork and test it out. If it’s a goer, fantastic. If it needs work, then do it. And if it’s a dud, abandon it and pick another one until you find a gem.

If you don’t, someone else may come up with one of your ‘not-quite-perfect’ ideas too and start running with it themselves. Imagine how frustrating it will be to watch them make it perfect while you’re still waiting!

4) I don’t have the right skills

Of course you don’t have the right skills or experience yet. And you won’t get them until you start! No one is experienced in their career or industry, has a wide rota of freelance clients, knows how to attract thousands of blog readers or understands how to start and run a business until they actually do it.

Every successful entrepreneur started out in the beginning with no experience of running their own company. They only gained it by trying, failing, evaluating and trying again.

And that’s exactly what you need to do if you want to make a success of your goal. If you just sit around waiting until you feel you have the right skills, you’ll never start. If you sign up to endless online courses and workshops hoping one will somehow infuse you with confidence and experience, you’ll never start. The only way to start is to try – even if you feel you know nothing.

That’s just what we knew when we launched Talented Ladies Club. In fact it took us 18 months (and a timely offer of business coaching) to realise that it didn’t matter than neither of us had started a business before and get going. We started out with zero knowledge or experience in running a business and learned as we went along. And we’re still learning now.

So stop waiting until you feel like you’re ready and get started! Its okay to begin knowing nothing – you’ll learn. And your business, blog or career will grow with you.

5) Everyone says it won’t work

Really? Everyone? And are these genuinely knowledgeable conclusions based on fact? Or just the opinion of people who think they know you, but know nothing about what you want to do?

If you have presented your goal to someone who knows their stuff and they’ve written it off, then maybe (and only maybe) they’re right. But don’t let that put you off. Find out why they think it won’t work, and find ways around it. Do you have to modify your ideas? Change direction slightly? If so, that’s fine – go back to the drawing board and start work.

But if you’ve been put off by your mum, who says you never follow anything through, your best friend, who secretly doesn’t want you to embark on a venture that may take you away from her, or your colleagues, who don’t want to lose you, then reconsider.

Often we allow the people we know to place limitations on our potential by complying with their opinion of us. And that opinion is frequently flawed, and sometimes selfish.

We all like consistency, and fear change. And you starting something new, something that may change you, make you grow, take up your time and introduce you to a new world can be scary to the people who like you just as you are. So they say things that will keep you just where you are now. Things like:

But your potential is NOT limited to the person you are right now, nor the person your family, friends and colleagues think they know. It’s limited only by your own vision and courage to go and make it happen.

So if you have a secret big goal and it doesn’t get a great reception from the people you know, be picky about who you tell. Share it with honest, positive people who can genuinely review it with impartiality. Listen to their feedback (and your instinct) and choose the path that you believe in.

How do you get started?

So what allows some people to move beyond excuses and somehow find the motivation and drive to do something?

For many, incentive comes in the shape of a catalyst – an interruption to their comfortable, everyday life. Something that forces them to stop and evaluate what they’re doing. And maybe even forces them to try a new direction.

Many of the women we’ve interviewed were spurred into action by outside forces:

But while enforced change has been a powerful catalyst for these women, we can’t all wait for something major to happen to our life and shock us into getting started! We need to take control, responsibility and action and make it happen for ourselves now.

You just need to take the first step

And the way to do that is easy – just take the first step! You see, there’s no great secret to getting started on a BIG goal. You just need to take one single, tiny step. And then another. And another.

Probably the biggest mistake we see people make is they get blinded and overwhelmed by their big end goal. It can seem so far away from where you are now, and require skills you don’t have yet – and make you think it’s impossible to reach.

But it’s not. You may not have all the skills or knowledge you need now, but you’ll acquire them on your journey.

Don’t compare yourself to others

Another obstacle for many is comparison. It’s easy to become intimidated by someone else’s success, especially if they’re doing something similar to your goal. But you can’t compare your beginning to their middle (incidentally, this is one of our favourite quotes!).

Everyone started at the beginning at some point. They knew nothing, had no experience and hadn’t yet achieved any success. But like you, they simply took their first step and got started, learning and succeeding along the way. And failing too – failure is a fantastic way to learn, and something few successful entrepreneurs haven’t experienced.

So don’t waste your energy worrying about someone else’s journey – keep your mind on your own. Be true to your heart and follow your own steps. One day someone else will be starting out, and they’ll look at you and imagine you’re as successful and accomplished as the people you admire today!

But only if you do actually get started So take your eye off your end goal (and everyone else), and focus on what you need to do now, today, to take that first step. However tiny.

Read more articles to help you get started

Need more help to get started? Read these articles:

Six ways to handle rejection in freelancing – and keep working

How to spot a difficult freelance client 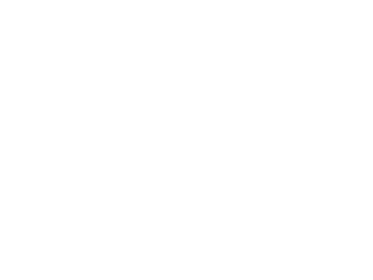 The pros and cons of being a freelancer

Video – what freelancers wish they’d known from the start