Five bucket-list parades around the world 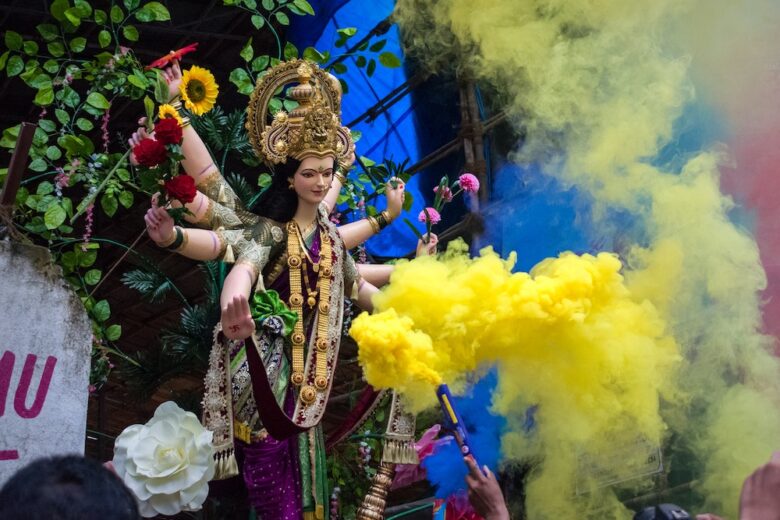 Travelling is an amazing opportunity to broaden your horizons and discover new experiences. To see far-flung places that look straight out of a fairy tale or movie.

And sometimes, amidst the jaw-dropping sights, cultures, and traditions, you’ll find something that you simply won’t come across anywhere else.

Parades offer some of the best chances to really get a taste of local culture. Some are based on hundreds of years of tradition or religious customs, some are more recent inventions – but nearly all are a chance to celebrate and have a good time.

Here are five wonderful, bucket-list worthy parades you may come across on your travels.

Thought to stretch back thousands of years to pagan spring and fertility rites, Mardi Gras, sometimes known as Carnival, is a Christian holiday that is celebrated in many countries. Traditionally, Mardi Gras would take place on the Tuesday before Lent, also known as ‘Fat Tuesday’, which is a translation of the French ‘Mardi Gras’. This was seen as a final celebration of excess and fatty foods before the 40 days of penance.

Over the years, this has transformed into a festival that continues for the entire week or even longer in some places. In New Orleans, the 2023 Mardi Gras season is scheduled to begin on January 6th and last for the three months leading up to Fat Tuesday.

While Mardi Gras is celebrated far and wide, the New Orleans festival has become renowned worldwide and each year about 1.4 million visitors flock to take part in the revelries.

The first Mardi Gras in New Orleans took place in 1699 and has since become an explosion of bright colours – particularly purples, greens, and golds – crazy costumes, music, king cake, and a lot of beads. Not to mention the parades of massive and visually-stunning floats designed by the ‘Krewes’.

Each Krewe designs their floats and throws their own parade around a given theme – the Mystic Krewe of Barkus, for instance, centers its production around man’s best friend.

Each parade can feature around 500 riders who throw beads and other themed trinkets into the crowds of onlookers.

Dia de los Muertos, or Day of the Dead, is a two-day religious holiday that takes place at the end of October that is said to reunite the living with the dead. Rather than a time of mourning, however, this is a chance to celebrate with costumes, brightly coloured flowers, sugar skulls, and all manner of local food and drink.

Although celebrations take place in different parts of the world today, Dia de los Muertos originated in Mexico and its rituals date back roughly 3000 years.

While Dia de los Muertos is largely dedicated to families sharing time with the spirits of their loved ones who have passed, the event has more recently begun to open up and invite the public to join in on the festivities. In some places, the holiday has expanded into an entire week of parties and parades.

One such is the ‘Legends of Mexico’ parade. With the iconic brightly coloured calacas (skeletons), calaveras (skulls), and giant floats adorned with flowers, it’s a vivid display of Mexican art and traditions. Dia de los Muertos is an unforgettable chance to learn about and experience an intrinsic part of Mexican culture.

On the other side of the globe in Lerwick, Shetland you’ll find Europe’s biggest fire festival, Up Helly Aa. This festival marks the end of the Yule season on the last Tuesday of January each year.

While the event goes on during the day, dusk is when the spectacle really begins. Almost 1000 torchbearers will take to the streets to begin the procession, led by a Jarl fully decked in Viking dress, standing at the head of a replica longship. The longship is dragged to a dedicated burning site, where it is then set ablaze with the torches (after the Jarl has left).

While the Shetland Islands are part of Scotland, they were originally colonised by Scandinavian countries in the 8th and 9th centuries – hence the Viking connection. Despite this, Up Helly Aa has no direct link to its Norse theme. Instead, it was invented in the 19th century as an entertaining new year celebration.

This festival is a celebration of the end of a plague that ravaged the village in the late 19th century, taking place on the picturesque Cheung Chau Island which is a short ferry outside of Hong Kong city.

What makes this celebration quite unique, however, is the three giant bun towers. Constructed from bamboo frames and covered in ‘lucky’ buns, these towers are set up by the Pak Tai temple, named after the god who according to legends drove away the plague from the village.

Before the finale, spectators are treated to colourful parades that begin and end at Pak Tai, replicating the tour around the village that the god would have taken. The parades feature lion dances, floats, marching bands, and the unique sight of piu sik, where several children from the village are held aloft so they appear to be floating.

The whole festival ends with the entertaining and competitive bun-scrambling event, which sees contestants clamber up a specially constructed 60ft bun tower as they attempt to grab as many buns as they can within three minutes.

Around 60,000 tourists and visitors attend the festival, which takes place in early May.

Carnival in Basel, sometimes known by locals as ‘Dame Fasnacht’ is technically one of the many celebrations of Mardi Gras. However, the little Swiss city of Basel has such an interesting twist on it that it’s become a festival in its own right since it first arrived in 1529.

Unlike traditional Mardi Gras celebrations, this 3-day carnival kicks off with Morgestraich (or Morgenstreich), a 4-am parade that begins on the Monday following Ash Wednesday. At this time, the darkened streets are filled with colour for a parade of music and beautiful lanterns that are often satirical or make a political statement.

After this, you may want to go home and sleep as the next event begins at 2 pm. Sometimes called ‘The Big Parade’, people disguised head-to-toe in a wacky array of masks will march through the streets throwing confetti, candy, and other items at onlookers, so you may wish to duck under a gent’s or ladies umbrella even if it’s not raining.

Around 200,000 visitors flock to Basel each year to experience the loud and lively atmosphere of the Carnival.

There’s so much that can be experienced and learnt from these cultural traditions, the parades and festivals mentioned above are only a fraction of what is available to see across the world. So it’s time to awaken your adventurous spirit and get planning – all that’s left to decide is which one you’re going to tick off your travel list first.