Female alcoholism and its consequences 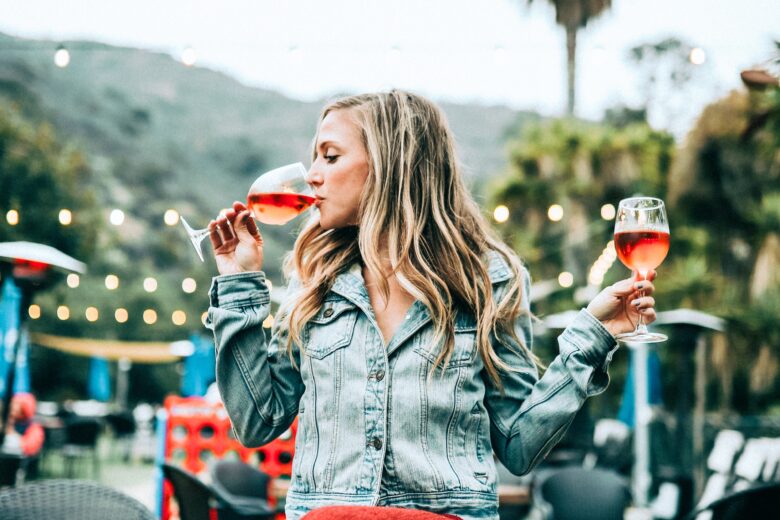 Alcoholism is a chronic disease that threatens the health of not only an individual sick person but of society as a whole. Find out more about female alcoholism and its consequences.

Today, in almost all developed countries, there is an increase in alcohol consumption and the spread of alcoholism not only among men but also among women of different ages.

According to the World Health Organization, the number of women suffering from alcoholism is more than 12%. Every year, their number grows. Luckily, a lot of online aa meetings like those at addictionresource.com for women have appeared in recent years.

Alcoholism among women has its own characteristics that distinguish it from alcoholism in men. This is due to the peculiarities of the physiology of women. Here are five ways alcoholism affects women.

An average of three years is enough for a woman to develop an addiction, while a man can develop the disease for decades. It is connected with features of a female organism structure. Lower water content in the body and lower body weight lead to the fact that, other things being equal, there is a higher concentration of alcohol in the blood.

In addition, there are cyclical fluctuations in the hormonal background – during the premenstrual syndrome, when many women experience tension, irritability, anxiety, alcohol is better absorbed from the stomach, which leads to greater intoxication at the end of the menstrual cycle.

A characteristic feature of female alcoholism is persistent anosognosia (not acknowledging the fact of the disease). In addition, mental degradation occurs fairly quickly: memory decreases, criticism of your disease. Due to the severity of the pathological process and delayed attempts to treat, therapy is often unsuccessful. They usually end up in the hospital under the protection of relatives and friends, without showing any desire to be treated. Alcoholism therapy has an effect only when there is the will and desire to recover.

Female alcoholism is dangerous due to the rapid destruction of the liver. In women, hepatocytes (liver cells) are more susceptible to alcohol. As a result – toxic hepatitis, cirrhosis and probable death.

The long-term consequence of female alcoholism is the impact on future offspring. Even after the end of alcohol intake for 3-5 years there is a risk of giving birth to a child with developmental disabilities.

These are the main differences between male and female alcoholism.

In general, chronic alcoholics are still twice as many among men as women. But with regard to youth, this is no longer the case. Women born in 1991-2000 consume alcohol on an equal footing with men, and given the rate of alcohol consumption, may eventually exceed them. Women also realize the benefits of aa meetings better than men.

A female body also suffers greatly from the effects of alcohol. According to the US National Institutes of Health, mortality from liver cirrhosis among women aged 45-64 increased to 57% compared with 21% among men.

And for women aged 25-44, this figure increased by 18%, although for their male counterparts it decreased by 10%. The number of women admitted to the emergency department with alcohol overdose is also growing rapidly. And risky alcohol use among women is also spreading at lightning speed.

But it’s not just that women drink more. Researchers have found that alcohol affects the female body differently than men, and it’s not just differences in the physique. Fats in the body store alcohol, and water helps to remove it. Thus, due to the naturally higher level of fat and lower water content than men, a woman’s body is exposed to much more alcohol.

Various causes of alcohol abuse, greater physiological vulnerability and, above all, the connection with the experienced psychological trauma indicate the importance of a separate strategy for the treatment of alcoholism in women.

For example, women who have experienced sexual violence may not feel comfortable in the standard online AA meetings USA, which usually consist of 70% men.

It is useful for them to meet other women who have experienced similar situations and to realize that they are not alone in their problems. They can join the 24 hour AA chat rooms online for women. But the most important thing, as doctors say, is the understanding that the problem of alcoholism in women and men requires a separate careful study.

The differences in the alcohol effects on women and men have been found only in recent decades. The first comparative study of the enzyme alcohol dehydrase in both sexes was published only in 1990.

In fact, almost all clinical studies of the effects of alcohol on the body until the 1990s were conducted exclusively with the participation of men. This is partly due to the fact that for the purity of the experiment, scientists are trying to eliminate as many variables that may affect the result. And because alcoholism was considered a predominantly male problem, no one thought about the importance of studying its effects on women.

The situation changed when the US National Institutes of Health decided to include women and minorities in clinical trials. That is how gender gaps in medicine have finally begun to be filled.

Last updated on Oct 13th, 2021 by Hannah Martin
We use cookies on our website to give you the most relevant experience by remembering your preferences and repeat visits. By clicking “Accept”, you consent to the use of ALL the cookies. However you may visit Cookie Settings to provide a controlled consent.
Cookie settingsACCEPT
Manage consent