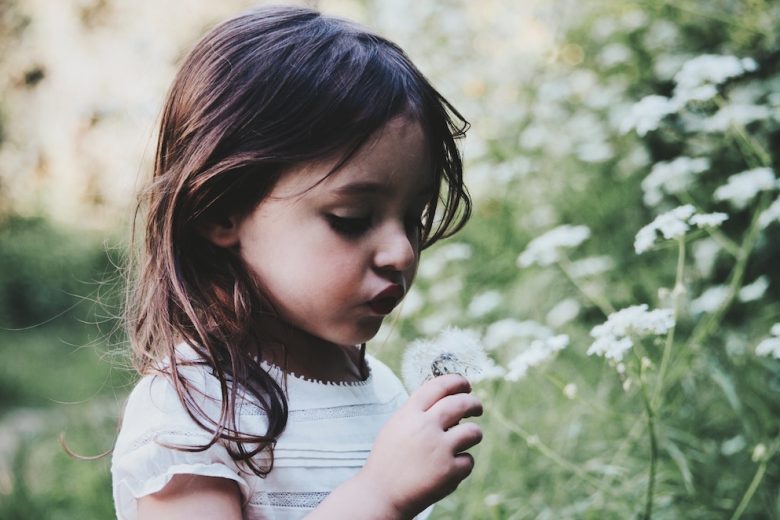 Do you dread the arrival of summer (and pollen!) each year? Read eight tips from a doctor to help you get your child (and you) through hay fever season.

As spring and summer hits it’s tempting to throw open all our doors and windows, and spend as much time outdoors as possible. But what if you or your child suffers from hay fever?

And rather than inhaling flowers and rolling around on grassy banks in the sunshine, you’re sneezing into a tissue, or peering out through red, swollen eyes? Or worse, struggling to sleep?

But while hay fever can be horrible, there are things you can do to help minimise your exposure to, and symptoms from, it – for you and your child. Dr Preethi Daniel of London Doctors Clinic shares eight tips to help get you both through hay fever season.

If your child is experiencing symptoms at home, the problem might be in microscopic mites that live in house dust, or dust that enters your home through open windows. You can also carry pollen indoors on your clothes, hair, and body when you come back home from a day outside.

An easy way to deal with it this to wipe surfaces down with a wet cloth, vacuum and wash clothes as often as possible. And free your home from years of hoarding: less junk equals less dust! (Read eight ways you can rid your home of allergens here.)

2) Keep pollen out of your home

In order to prevent your child experiencing the symptoms of hay fever at home, it’s important to prevent pollen entering your home where possible. One way to do this is to keep your doors and windows closed, from early to mid-morning, and in the late evening.

Another way to help prevent the symptoms of hay fever is to create barriers to the pollen. I recommend smearing a thin layer of vaseline just inside your child’s nostrils to help catch most of the incoming pollen. And to stop the pollen getting into their eyes, put a pair of tight fitting sunglasses on them before they go outside.

Anti-histamines, meanwhile, will eliminate the major symptoms, such as a runny nose, itching and sneezing. Some need to be taken several times a day, either as preventatives before the peak pollen count, or during the season as soon as you start to develop symptoms.

Some anti-histamines are in a syrup form to make them easier for children to take. However, not all are suitable for young children, particularly babies, so it’s important to check in with your doctor to see what the best options for your child are.

All anti-histamines are just as good as each other. The newer generation ones come with lesser side effects such as drowsiness and a convenient once a day dose.

5) Add lots of immune-system boosting foods to their diet

Include omega fatty acids found in oily fish, flax seeds, avocado and nuts in your child’s daily diet to boost their immune system, as they have an anti-inflammatory advantage.

Vitamin D is responsible for a healthy immune system, and this can be found in small quantities in some vegetables, eggs, and soya milk. And add more carotenoids to their diet, as they act as antioxidants. Those can be found in carrots, apricots, pumpkins and spinach.

6) Make sure they drink lots of water

It is important to stay hydrated. Dehydration has a bad effect on your skin, intestines and joints, which deprives us of the ability to function normally, and will aggravate the situation.

7) Wash their hair and clothes after being outside

Pollen can stick to your child’s hair and clothes when they are outside, allowing the allergens to enter your home and lead to further discomfort. One way to combat this is to ensure that they change their clothes and get them to have a bath when they come back inside.

It’s also a good idea to dry their clothes indoors after washing them, to stop them becoming full of pollen again.

Eating a spoonful of honey can reduce hay fever symptoms as the bee pollen will make you less sensitive to other pollens. For the best result, it’s recommended to use the local honey from your area. However, it is important to remember that children under the age of one cannot consume honey as it can have a negative impact on their digestive system.

Published on May 5th, 2018 by Hannah Martin
We use cookies on our website to give you the most relevant experience by remembering your preferences and repeat visits. By clicking “Accept”, you consent to the use of ALL the cookies. However you may visit Cookie Settings to provide a controlled consent.
Cookie settingsACCEPT
Manage consent