Diary of a working mum – Tequila 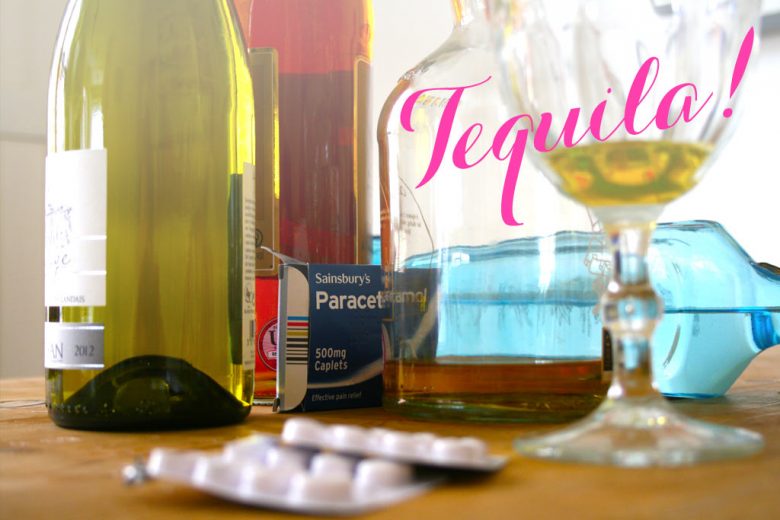 Once you have children, your opportunities to enjoy a grown-up night out shrink – and your excitement at attending a rare social event increases. But sometimes, as mum of three Lucy Mason discovers, that’s not a good thing. Especially when you need to face your fellow party-goers in the school playground the next week.

It’s been many years since I’ve had to do the walk of shame, especially through a busy school playground. But this week that awful experience returned – facing people after a drunken, messy night that you can’t remember much about, but have a horrible feeling they do. I haven’t missed it at all.

I love that now the kids are getting older I’m getting more of my old life back. But while this is great in many ways, with good comes bad – in this case getting very drunk on tequila, talking rubbish to complete strangers, and committing some awful crimes on the dancefloor.

Last weekend, Dave and I were invited to a school mum’s 40th birthday party. I was over-the-top excited about it, partly because I don’t go to many parties, but also because now that the kids are getting older I feel like I can start letting my hair down again.

When the children were babies, the thought of being up all night when drunk, or having to get up at 5am with a lively toddler put a dampener on most wild nights out. Sometimes Dave and I would make a deal beforehand that I would stay in bed and he would get up with the kids, but I still couldn’t relax. I’d always end up with at least one child crawling into our bed asking to watch Peppa Pig.

But now the kids are older they all sleep through the night, and on weekend mornings they usually prefer playing with each other to waking us up. They can even help themselves to Shreddies, apples and juice for breakfast. This means we’re slowly getting used to being able to stay in bed until 9 or even 10am on a Sunday morning, which is a real treat.

This also means that I’m gradually feeling more relaxed on nights out, which often results in getting more drunk on nights out. And at my friend’s recent 40th Dave and I found ourselves drinking lots of tequila.

Another friend and I have discovered that if you follow these three simple rules, then you can enjoy the lovely buzz of tequila without the horrible messy drunkenness which sometimes goes with it:

These rules were well and truly flouted last weekend. We had already started drinking before we got to the party, and as we arrived late there was no food left. So instead of eating we ordered more beer and tequila and headed for the dance floor.

My memory of the night from then on is quite hazy. I have snapshots of jumping up and down dancing to a Pulp song, trying to drag an unwilling school mum onto the dancefloor to join us, and telling the birthday girl’s sister – who I barely know – how beautiful and amazing she is. Dave was in a worse state than me, having broken all of the tequila rules by also drinking shots of Sambuca. His only (vague) memory of that part of the night, was falling over on the dancefloor and taking someone down with him.

I still cringe as I write this, but not as much as I did in the school playground on Monday morning. The birthday girl thanked me for ‘bringing the party spirit with me’ (did she mean Dave?), other parents asked how we’d felt on Sunday (not good), and people I barely knew gave me that awful half pity/half smirk smile that you get when you were the ‘drunk one’ at the party.

But I don’t care. I’ve had plenty of nights like this (before kids) and I’m sure I have more ahead. I kind of wish that I’d know better by now, but I part of me is quite pleased I can still go for it. I’ll just go a bit easier on the tequila next time.