Diary of a mum returning to work – Doing nothing 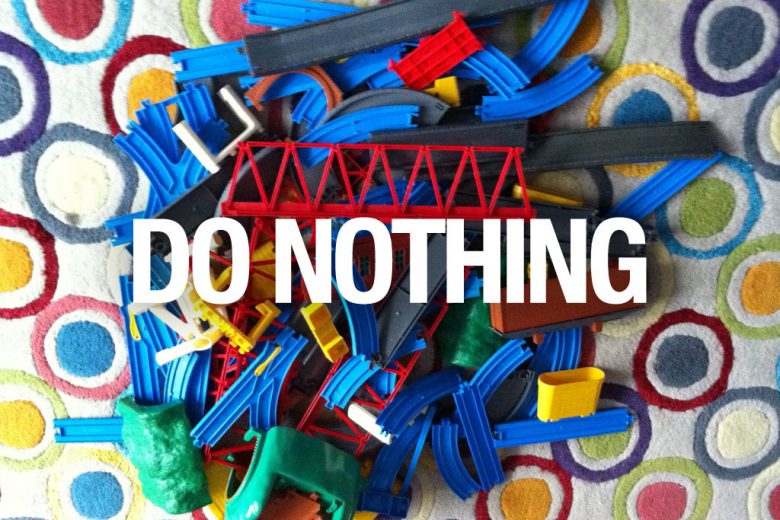 The last time we caught up with freelance writer and mum of three Lucy Mason she was feeling quite torn at sending her youngest daughter off to nursery. While excited at the prospect of some decent chunks of time to herself, she also felt sad at having an empty house for the first time in seven years. Now we find out what she’s been doing with all that extra time.

It’s amazing how quickly three hours can pass without actually achieving anything. My youngest daughter has been at nursery every morning for nearly two months and I thought I’d be able to get so much done. But the truth is after years of having young children around shouting demands at me all the time, I think I’ve lost my ability to self-govern.

Yesterday was particularly bad. I got home from dropping the kids off at school around nine. I ignored the sink full of dirty breakfast bowls and headed instead for the computer to check emails and get some work done. Obviously I’d need a cup of tea for this, so while I was waiting for the kettle to boil I started sorting through the huge amount of clutter lying around our kitchen – letters from school, junk mail, a half-eaten pear, a pair of clean socks, a withered balloon (our worktop did in fact look like Slinky Malinky’s lair).

Trying to find somewhere else to put all this clutter – I don’t think ‘tidy’ is the right word – meant going into the lounge which was so messy it actually looked like someone had picked the house up and given it a shake, so I spent ages trying to straighten up in there.

Putting kids’ slippers away took me to the dusty shoe rack. When people come into our house they stand in the hall and kick their shoes in the rough direction of a flimsy Ikea-bought wire rack, bent under the weight of loads of pairs of shoes. So I thought I’d give that a tidy up. Finding some old summer shoes meant a trip upstairs to put them away.

My two eldest daughters share a bedroom and I’m trying to encourage (bribe) them to make their beds and bring down cups every day by means of a chart, with pocket money as a reward. So far it doesn’t seem to be working so I carried an armful of plastic beakers downstairs with me. Then realised the kettle needed boiling again… And so it goes on.

In all I spent one hour actually working and two hours wafting around the house, pointlessly carrying stuff from one room to the next before everyone arrived back home to mess it all up again. After my youngest daughter arrived home from nursery at lunchtime, I think I probably achieved more in the 25 minutes she was watching Balamory than I did through the entire morning because I knew she’d want my attention when it finished.

Something needs to change. I’ve tried channelling one of my old bosses whose favourite line was ‘Is this an effective use of your time?’. Maybe I’ll start with a chart and see where that takes me.