Diary of a mum returning to work – The nativity 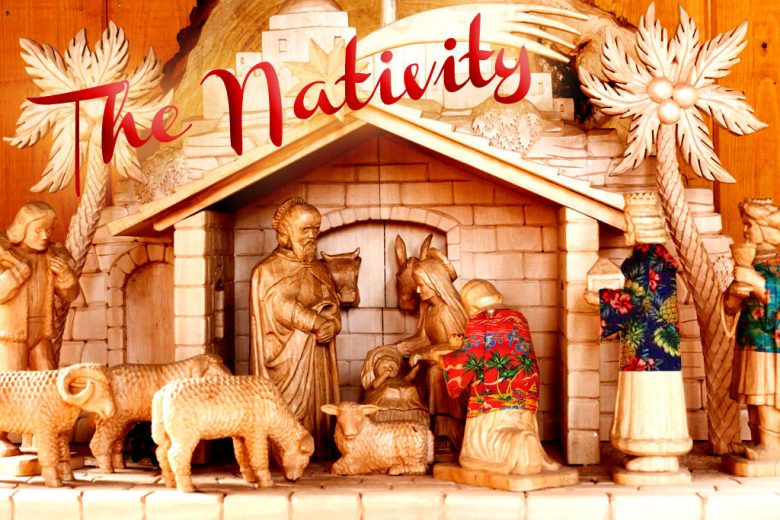 Once you have children, Christmas starts to get a LOT more complicated than finding a non-offensive Secret Santa gift for your boss. As well as trying to get the end of an ever-lengthening shopping list, you have to contend with school fairs, mums’ nights out and, as mum Lucy Mason discovers, the traditional ‘Calypso’ Nativity.

‘Tis the season to be jolly and I’m trying really, really hard. It’s difficult when I have lists as long as my arm of things to do, not just for work and at home, but mostly for school. I don’t really know how parents who work full time manage, what with all the shopping, wrapping, planning, making of Christmas play costumes, remembering school forms, dropping off tombola prizes/second hand toys/cakes for the Christmas bazaar.

And that’s before all the parents’ Christmas drinks organised for each class. I have three kids at the school now and without sounding bah humbug about it, my liver cannot survive three boozy nights out on top off all the other festive drinking I’m being forced to do at this time of year.

As I couldn’t actually go to the school Christmas bazaar this year I thought I’d help with the preparations instead. So I went to one of the Wrap Parties, at which a group of mums sat around another parent’s house drinking coffee and wrapping up small gifts for the lucky dip stall. Most of the presents were tiny and fiddly to wrap, and while I was cutting up small bits of paper, one of the younger kids tried to help by wrapping up some old, dried cat food.

After imagining the face of the parent whose child picked out and unwrapped a small, stinky brown ball from the lucky dip stall, talk turned to the idea of an unlucky dip. After all, to call the stall a lucky dip implied that you were lucky to get the prize you did. Maybe we should wrap up some unlucky prizes too – although probably not cat food – to justify the name.

Then we realised giving children dried up old felt pens, empty sweet wrappers and stones wasn’t really in the spirit of Christmas and decided against it. Maybe we’ll suggest it for the summer fair instead?

‘Tis also the season of finding costumes for school Christmas plays. My middle child is a Calypso king this year, and apparently Calypso kings wear flowery shirts or dresses, colourful crowns and a string of flowers around their necks. You can usually find a costume for every possible nativity character in the supermarkets these days for a tenner – or the local charity shop for £2 if you’re really lucky – but Tesco didn’t anticipate this one, so I had to make my daughter’s costume out of an old Spanish dancing dress instead.

I saw the play this morning after drop off. Because the cast is so huge (eight classes!), the school hall is always packed. I usually end up standing at the back as somehow other super-keen parents manage to get to the seats before the doors have even opened.

This is very different to the nativity plays when I was little, when all the parents could be seated and I could spot mine straight away. Although admittedly this was usually because my dad would be asleep with his head tipped back (I remember one year I could actually hear him snoring from the stage).

Anyway I managed to get a seat this year, and saw the top of my daughter’s head as she filed into the hall. I even managed to see her – through the forest of hands holding up camera phones in front of me – singing her Calypso song and doing a hula-style dance on stage. She looked adorable in her too-small Spanish dress and homemade crown, her whole class did. They all broke out into huge smiles when we clapped their performance, and left the stage looking very pleased with themselves.

I have to say it’s the first thing this year that’s made me feel really Christmassy. Maybe this season could be jolly after all.