Diary of a mum returning to work – eBay 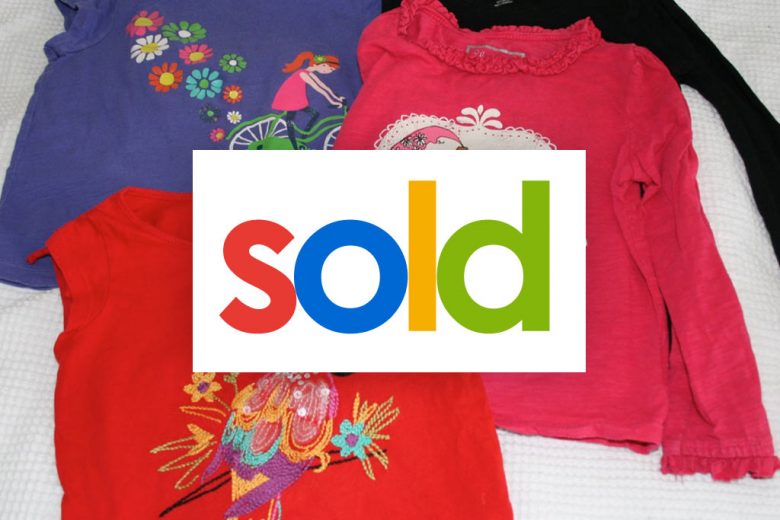 Mum of three Lucy Mason debates the possibility of launching a career selling on eBay if the freelance writing doesn’t pan out. But what could she flog? Judging by some of eBay’s weirdest listings, the options are wide open.

I do love eBay. I always have loads of things sitting around the house waiting to be sold – currently a wooden stair gate, a Little Tykes wendy house (collection only), and lots of clothes that are too good for the charity shop.

Kids’ clothes are always a risk. Some will sell for up to £10, while others (usually the ones you think will get the most money) barely make 99p, and after all post and packing costs are taken out you make a cool 13p profit.

But it’s still a thrill. It can take up to a year for me to get around to listing unwanted stuff, but once I do I take the sale very seriously. Photos are always framed against a carefully chosen background – no dirty walls, bare carpets, chipped paintwork – as if nice, fresh décor will make the buyers think the item is somehow better quality and more cared-for.

And I always check the completed listings of similar items so I can copy the description, tone and sometimes even the photo, of those that sell for the most money. Which I think is pretty crafty.

I also love that you can put almost everything on eBay. People really will try and sell anything – eBay itself lists the top five strangest things sold, including the country of New Zealand, which was listed in 2006 by an Australian citizen with a starting bid of $0.01 AU. The bid reached $3,000 AU before it was taken down – apparently you can’t sell a country without the consent of its people.

A group of four men (again from Australia) listed themselves for a weekend, with the promise of ‘beer, snacks and a heck of a lot of laughs’. That went for $1,300 AU. You also hear dodgy stories of girls apparently selling their virginity on eBay, although I’m not sure if selling sex is allowed by the site either.

It does make me think that if my writing career didn’t work out, maybe I could make money out of selling imaginative things on eBay instead. The most money I’ve ever made so far was from a bottle of 1980 Dom Perignon champagne – for £100! I know it sounds glam, but the story of how we were given the bottle is not. We didn’t want it, so thought we’d sell it on eBay.

A few weeks later I got an email from the site and it turned out that – along with actual countries, but possibly not sex – you’re not allowed to sell alcohol on there. So if I’m ever given another bottle of vintage champagne I’ll just have to find another way of selling it.

Maybe I could auction myself and some friends for a weekend of beer, snacks and laughs (the virginity ship has well and truly sailed)? But then the pressure would be on to have a good time. If the buyer didn’t laugh enough they may ask for their money back, or worse, leave a bad review.

Maybe I’ll stick to writing instead.