Diary of a mum returning to work – Coronation Street 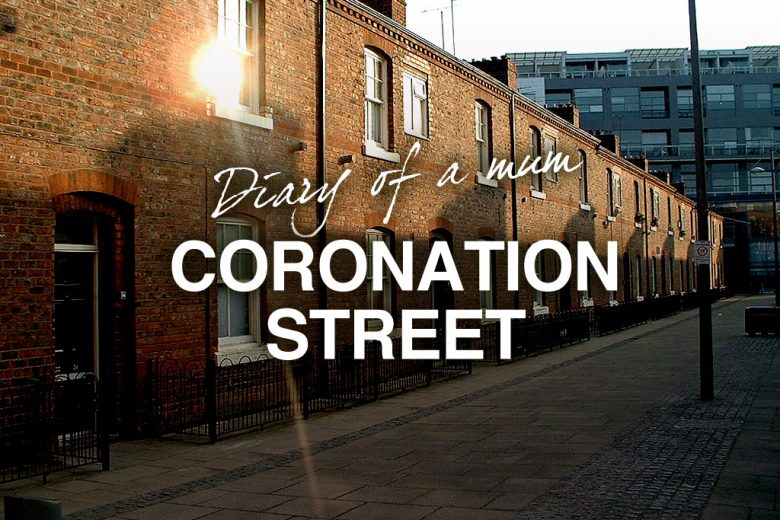 Mum of three Lucy Mason has discovered a new use for TV shows like Coronation Street – introducing her children to the world at large. She explains why.

I love Coronation Street. I always have to record it as it comes on in the early evening – usually witching hour in our house – so I don’t see it when it’s actually on. But when I’m sorting out the laundry or have a few minutes spare in the daytime (not very often), or even late at night when I can’t sleep, I’ll turn the TV sound down, put subtitles on and watch Corrie, and everything is right with the world.

It’s not like the storylines are that riveting – I was pleased when Tina fell off the balcony, and I don’t like the way Steve and Michelle are turning into a new Jack and Vera Duckworth. But that doesn’t really matter, I don’t want to be too stressed about what’s going on – I have the murderous Dexter and the grisly Following for that.

I just love that Corrie is always there, always the same parpy theme music, the same people drinking gin and tonics out of stemmed glasses in the pub. It’s a comfort, a safe, cobbled oasis in an otherwise crazy world.

But lately I’ve discovered something else that’s good about Coronation Street – it is an Educator of Children in the Ways of the World. At least it provides a platform to talk about subjects that might otherwise not arise very often.

I don’t usually watch Corrie with the kids – like I said it’s an oasis of calm – but I have a few times and they get quite into it. So far we’ve had interesting conversations about:

I was talking to my middle child (age six) about booze and how adults like to drink it, but some people drink too much. She piped up that that’s when people are an ‘alchoholo like that man in Coronation Street’ (she’d seen Peter Barlow staggering around the cobbles after being caught cheating on Carla).

Then followed an interesting conversation about how some people become addicted to drinking – amongst other things – and how this often causes them to not speak or walk properly, fight with other people and stop brushing their hair.

My eldest daughter and I watched the dramatic (and to me, slightly unfeasible) episode where Maria and Marcus got together. To recap: Maria dumped her boyfriend Jason and got together with Marcus who, up until then was gay and had only gone out with gay men.

While we were watching it I tried explaining to my eight-year-old that people are usually gay or straight, and can’t just change their minds. But it was a good chance to talk about how people get together in all kinds of different relationships, although they don’t always start with a showdown in the local pub.

Like I said, I don’t often watch Corrie with the kids, but when I do I love the discussions that we have. I have to filter a lot of it for them, and it’s only the more dramatic events that keep their interest – no one has asked me about Norris or Rita, or why everyone is suddenly going to the gym.

But it’s great for those amazing, fun chats you can have with kids when they start noticing a bit more about the world around them. I’m going to leave the likes of Dexter and The Following for a few more years yet.