Diary of a mum returning to work – Teenage jobs 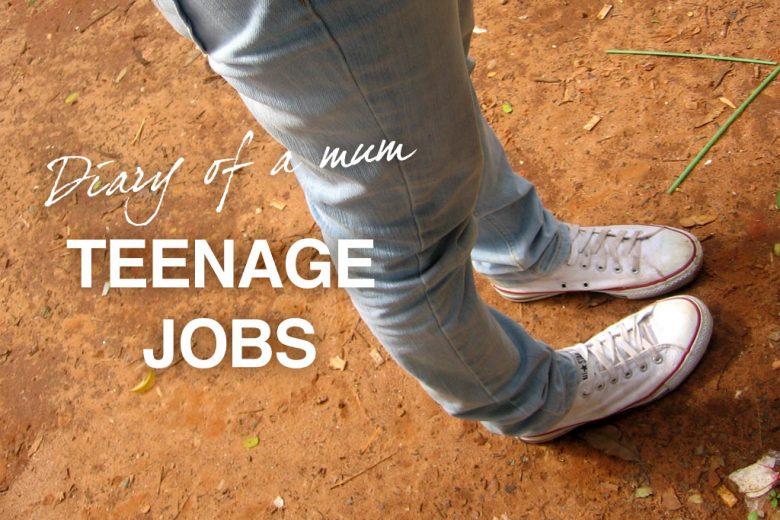 For most of us, rubbish teenage jobs weren’t just a chance to earn a bit of pocket money – they were our introduction to the working world. Lucy Mason laments the decline of the Saturday job and explains why she’s going to encourage her girls to work.

One day when I was about 13, I was sitting in a science class, not paying attention, when the teacher asked if I was working, and I replied ‘Yes, I walk dogs for old people.’

Obviously Mrs Wright wasn’t asking about my employment situation, she wanted to know if I was drawing diagrams of test tubes like everyone else. But this memory sticks in my mind because, apart from it being one of many teenage embarrassments, it’s a reminder that I’ve been doing this working lark for a very long time.

Not just for the cash, I might add. My dog walking rate was £1 per dog with a Penguin bar thrown in on top. My first Saturday shop job was in an early version of Wilkinsons where I earned £1.50 per hour. I moved from there to waitressing in a local pub where the landlord had anger issues, used to yell at me in front of the customers and keep my tips.

But what I didn’t earn in money, I more than gained in experience. I probably learned a lot of the work skills I rely on now – tenacity, determination, making the best of a bad situation and being able to tolerate awful people.

While Saturday jobs are still popular (even Brooklyn Beckham has one) the number of teenagers doing part time work has halved from 40% in the 1990s to just 20% now.

I think this is a massive shame – not only for kids today, but for the freelancers of tomorrow. How else are they going to grow the thick skin needed to get through job rejections, which usually happen at a higher frequency than for those choosing full time employment? Or learn to be versatile and adapt to working in any situation for anyone, at any time?

My good friend Clare has just left her marketing job to start a freelance career. I really admire her for this because it shows a huge amount of courage and self-belief (even if she doesn’t realise it herself yet). She worked for a big corporation for 14 years, and used to wish that, instead of sitting at a desk, she could be outside in the garden.

Now that she’s left, she’s starting to pick up freelance marketing and PR jobs for small companies and people she knows. And even better, has managed to get a few hours of weekly gardening work as well, which actually pays a surprisingly decent rate.

It’s this type of versatility and determination that I think you learn in your early working days, in the string of crappy jobs you do in your teens. If you choose to leave your full time job and go freelance, you can’t be certain straight away that you’ll have enough work to pay the bills, but you need to know that you have the skills to find work, and keep it up when you do.

So I really hope this drop in teenagers working Saturday jobs doesn’t fall any further. I’m definitely going to encourage my kids to get out there and find work before they leave school. Apart from giving them some spare cash so we don’t have to, it will broaden their character and teach them lots of valuable skills for later in life.

So if they ever find themselves staring out of the window, wishing they could be doing something else, then they will hopefully have the choice – and courage – to make it happen.