Diary of a mum returning to work – Strike! 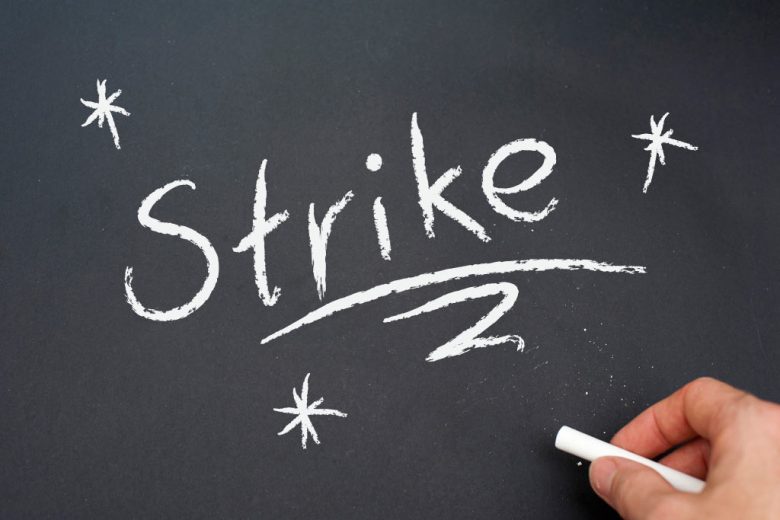 Like many working mums, Lucy Mason depends on those few precious school hours to cram her work into. So she wasn’t too amused this week to discover that the teachers had selfishly planned a mid-week strike. That is until she found out why they were striking – and guiltily recalled what she’d put her own teachers through.

All three of my kids were off school yesterday because of the teachers’ strike. I loved not having to get up early and do the usual boring pre-school routine. And I definitely didn’t miss running the gauntlet of impatient drivers and other people’s kids clattering past on scooters on our walk to school.

But on the other hand, I have loads of work on right now (which is great) and I’m racing to get as much finished before the Easter holidays as I can. I’m lucky that I already work from home – I know loads of parents who don’t, and who because of the strike have had to scrabble around for last minute childcare, or use up valuable holidays (on a Wednesday, in the middle of the week!).

But every work second counts for me at the moment, and as a result I found myself trying to beg/threaten/bribe the kids to entertain themselves for as long as possible, while I got as much done as I could. All the while feeling guilty I wasn’t making the most of their day off school and taking them somewhere fun.

Despite all this I do support the teachers’ strike. I wasn’t sure what it was about so I went to the horse’s mouth – the National Union of Teachers website – and discovered it’s that no-teaching-experience-whatsoever Michael Gove troublemaking again, trying to impose his cold, hard corporate policies such as performance-related pay, increased workload and reduced pensions on our lovely, hardworking teachers.

My first – and pretty much only – thought about education secretary Michael Gove is how much he looks like his crocheted voodoo pincushion that you can buy on the Etsy website, in the same way that Margaret Thatcher and John Major seemed to look more like their spitting image puppets than themselves.

But whatever his policies are, personally I would support the teachers every time. As far as I’m concerned they’ve got one of the most important jobs in the world. So far we’ve been lucky with my girls’ class teachers – all of them have been amazingly dedicated, patient, enthusiastic, and seem to genuinely care about the kids they teach.

I have friends who teach in primary schools in some parts of West London who have an absolute nightmare – though not with the kids, but with pushy parents treating teachers as if they’re simply a paid service provider, demanding nothing but the best in return for the high house prices they’ve paid to live within the school’s catchment area.

It’s certainly not a job for the faint-hearted. I remember one young, fresh faced sociology teacher from my old secondary school in particular. We used to call him Captain Blinky because he wore thick, round glasses that magnified his eyes, and would blink when he got really angry, which – when teaching sociology to a bunch of restless 14 year-olds – was quite a lot.

Some of the kids in our class would spend the lesson trying to get him so mad that he would blink. Extra points were awarded if you could get him to throw the board rubber at you, and one boy got him so wound up he actually threw a chair.

Looking back now, this was terrible behaviour – on both sides – but it goes to show what teachers have to face on a daily basis. In my opinion if they want better pay, better conditions and more respect then they deserve it all, and then some. If only to make me feel better about poor Captain Blinky. But especially if next time they thoughtfully plan the strike day on a Friday or Monday, and give us all a long weekend instead.