Diary of a mum returning to work – Science 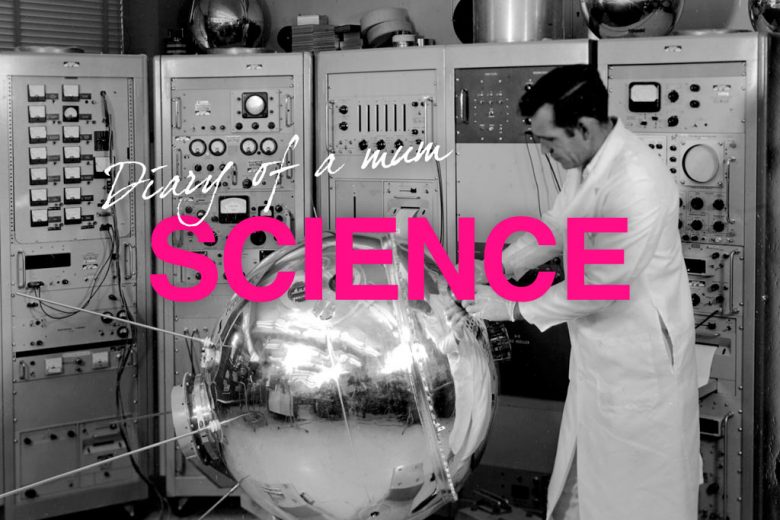 How many female scientists can you name? Lucy Mason is ashamed to discover she can only recall one (which, according to a new survey puts her ahead of 25% of Europe) and resolves to ensure that her three daughters have a better grasp of science.

A new European-wide survey has found that a quarter of people are unable to name a female scientist, either living or dead.

I’m not really surprised by this. My eldest daughter’s recent school project was to research an inventor, and present their work to the class. I really wanted her to study a female inventor (sisterhood and all that) but apart from Marie Curie, I couldn’t think of a single one.

Most people know loads of male scientists and inventors – Isaac Newton, Thomas Edison and Alexander Bell come straight to mind – but their female counterparts are either few and far between or their work is less well-known.

We looked on the internet (invented by a man) and found a list of distinguished Nobel Prize-winning women scientists, but I’ve never heard of any of them. And – with respect to their work which no doubts improves our lives in ways we’ll never know – we couldn’t find anything that would hold the attention of a class of eight-year-olds for very long.

With this in mind, I was very keen to take my girls to the open day at the National Physical Laboratory, and show them that science is fun and also that both women and men make an important contribution.

I say ‘with this in mind’, the truth is I was desperate to see what goes on in there. The NPL is a huge white futuristic looking building the size of a small town, standing behind grand iron gates that are closed most of the time. It’s not far from where we live so I drive past it a lot, but I’ve never been in there.

It only opens its doors to the public once every two years, so to me there is a Willy Wonka’s Chocolate Factory-esque quality about it. I wouldn’t be at all surprised if there were psychedelic paddle boats and singing umpa lumpas behind those shiny white walls.

The kids were as excited as I was to finally get inside the NPL, which was a good start. The first room we walked past was a huge high-ceilinged space – as big as a school hall – covered in what looked like massive foam pencils pointing into the centre of the room. I have no idea what it was all for (even after a lovely man patiently explained it a few times), but I do know I’ve never stood in a room like that before, and probably won’t again.

While most of the scientists we saw in the NPL seemed to be men, there were plenty of women too, and all were very friendly and passionate about their work. A lot of them seemed as excited to show us their work as we were to be there.

Of course the kids loved it – from the never ending corridors (sadly no chocolate river), to the strangely lit rooms with weird experiments going on in them. They asked loads of great questions – I love how inquisitive children’s minds can be – but my favourite was when they stopped a woman in the corridor and asked if she was “either an inventor or a scientist”.

So I hope this has sparked a future interest in science. Maybe they won’t be Nobel Prize-winning scientists (probably not if they have my genes), but they will have a greater appreciation for a subject which appears to be dominated by men.

One of the reasons why there are fewer well-known female scientists and inventors is said to be that, in the past, women were traditionally at home looking after the family instead of out working like their husbands. Now that women’s roles aren’t so clearly defined, hopefully this will change too.