Diary of a mum returning to work – Working mums 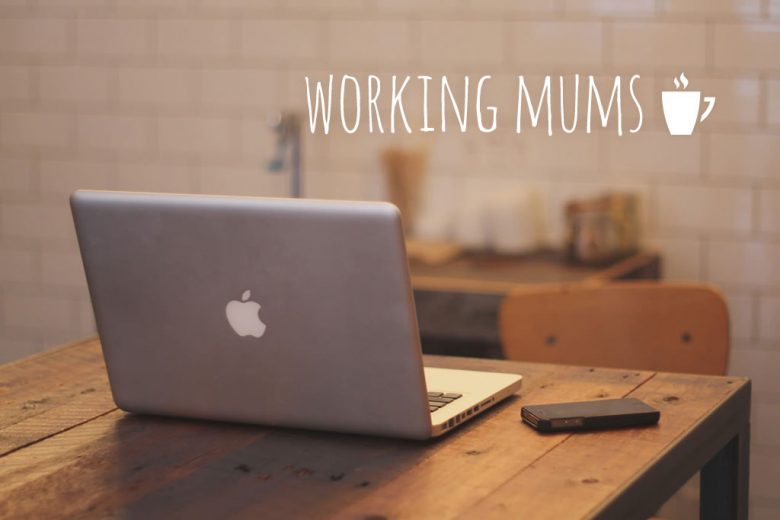 What is ‘working’? As mum of three Lucy Mason discovers, to a child it often means leaving the house and going to an office. Which means a mum who works from home, or stays at home to look after the house and raise her children, isn’t working. Lucy realises she has a responsibility to all women to teach her daughters otherwise.

My youngest daughter said something the other day which immediately made me laugh, and then afterwards stop and think: “Mums don’t work.” I can’t remember who she said it to, but she didn’t say it as if we are broken down robots, she thinks that unless we leave the house in the morning and don’t get home until the evening, then we’re not working.

I shouldn’t take it too seriously; she is only three after all. But it makes me realise how, even at such a young age, our kids are forming opinions about the world. And they’re forming them on the basis of what we their parents do.

A three-year-old’s world is very small, and if her mum doesn’t go out of the house to work like her dad does (or the other way around), then clearly all mums (or dads) don’t work.

Obviously I tried to put her straight: “But I do work, at home. Just because I don’t go out to work doesn’t mean I don’t do any.” And “Work means lots of things, not just having a job,” etc. All pretty pointless as it went right over her head (and also it’s very difficult to persuade a three year old that they’re wrong about anything). But I feel very strongly that she sees me as a good role model, and I want her to know from the outset that most mums do work, and usually very hard.

So which is best? Personally I think there’s more to being a good role model than whether you go out to work or not. What’s important is that your children see you doing something. I want my kids to see me enjoy my work, to be fulfilled and see the benefits that hard work brings – whether it’s working freelance at home, long days out of the house, or just looking after things at home.

Of course most parents don’t have a choice in this. In a recent interview, Blue Jasmine actress Cate Blanchett said that her mum needed to work two jobs in order to support the family after her dad died. Although she didn’t see much of her mum because of this, she loved the interest and stimulation her mum brought back into the house from her work, plus it gave her a strong work ethic and sense of independence. Which, let’s face it, doesn’t seem to have done her much harm!

So now I realise that my tiny little girl is taking more notice than I thought, I’m going to try and be a better role model. I’m also not going to feel as guilty for working when she gets home from nursery – if she sees me stuck behind a computer then I’ll just tell her I’m working. And if I’m sorting out the laundry while watching recorded episodes of Corrie, then I’ll also explain I’m working. It seems I’m flying the flag for all mums in our house so I’d better pull my finger out.

Enjoy Lucy’s blog? You can read more of them here.