Diary of a mum returning to work – Bombing 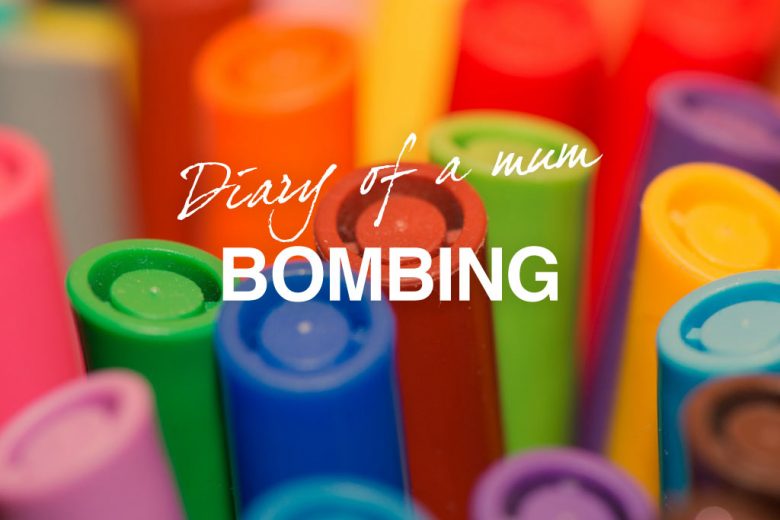 When Lucy Mason volunteers to regale a class of eight-year-olds with celeb-packed tales of writing for the RSPCA children’s mag Animal Action, she wonders what could possibly go wrong. Quite a bit it seems.

Another day, another new experience: bombing in front of a class of eight-year-olds.

It’s Writing Week at my children’s school, and a note in the school newsletter asked any parents whose job involved writing to speak to the class teachers about coming in and chatting to the kids. I think being a freelance journalist is great, I’ve had some amazing experiences over the years which I really want to share with young, impressionable minds, so I put my name down.

Okay, maybe I also wanted to impress my daughter and her friends, but I also hoped to inspire them, and show them that writing can be an interesting, fun and honest way to earn a living.

I dug out some tatty copies of the children’s magazine I used to work on (RSPCA Animal Action, 2000-2004!) as I guessed my experience there  would be more interesting to Year 4 kids than any of the boring grown up stuff I work on now.

I hoped to excite the class with thrilling tales of interviewing pop stars, sports heroes, TV personalities, and visits to the Blue Peter garden. Plus I’d give them the low down on how magazines are put together, including what happens to the drawings, letters and photos the readers send in, and how we choose which ones make it into the magazine.

Even as I write this I’m kicking myself. It could have been so GOOD. The children’s author, Jon Scieszka had spoken to the junior school earlier in the week and they loved him. Apparently he likened the fear of a blank piece of paper to cows’ eyeballs. But he’s a children’s author, used to talking to kids, has an amazing way with words and clearly more experience in this sort of thing.

I just hoped to be able to keep one class interested for a while, and maybe fight back a bit against the dreaded ‘what do grown-ups know’ attitude that even eight-year-olds seem to have these days.

Anyway, I told my daughter Misty that I was nervous this morning and she was very sweet about it. She coached me on what her classmates would be interested in – I was to explain that Liberty X were ‘like One Direction, but a really long time ago’, and even gave me a few pointers on what to wear.

I did think about taking prompt cards but thought it was a bit OTT. It was only a 10-minute chat to a bunch of kids, not an actual presentation – what could go wrong?

I started out okay, asking the class what they thought journalists did, and I’m sure I had their interest for a few minutes. But then The Fear kicked in and it went rapidly downhill. It all started with Basil Brush – I couldn’t believe no one had heard of him so explained a bit about him, going dangerously off topic already.

Then a boy on the front table piped up to say that puppets aren’t people so how could I even interview him. I explained that puppets may not be people but they are personalities, and then the awful thought popped into my head that I was about to be quizzed on the tooth fairy and Father Christmas.

A growing awareness that children at the back were fidgeting, eyes were glazing over and the teacher was probably wondering where all this was heading, sealed the deal. I asked if anyone had any questions (thankfully two people did) and got out of there fast.

I felt gutted walking home. I really wish I could go back and do it all again, only better. But I am comforted slightly by the fact that, although I may not have inspired anyone to be a journalist today, there is now a class of eight-year-olds who know who Basil Brush is. Boom boom!