Delta-8, the law and history 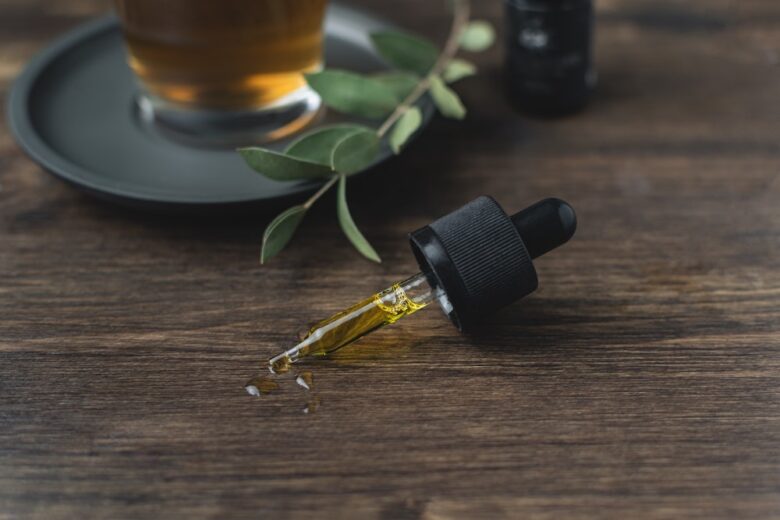 Over the past few years, thanks to changing legislation, the marijuana industry has seen a boom. Find out more about Delta-8, its history and the law concerning its use today.

Marijuana has been a popular, if illegal, recreational drug for many decades. The lucid high from marijuana that you experience is mainly because of Delta-9 THC [Tetrahydrocannabinol], which is the primary psychoactive ingredient in it. And the DEA [Drug Enforcement Administration] has been targeting its regulators to seek control over the use of this cannabinoid.

But there are many secret powers to the marijuana plant. It has more than 140 cannabinoids all carrying various degrees of psychoactivity, and the potential of many has not even been discovered yet.

And as the federal drug laws have only been focusing on Delta-9, “cannapreneurs” have started experimenting with other psychoactive molecules found in the marijuana plant.

The widely known cannabinoid is CBD, which experienced its growth since 2019. After passing through the law as a legal cannabinoid, its launch has been explosive. It began with CBD smokes, and later found its way into almost everything, including ice creams, gummies, tinctures, oils, etc.

Another heavy hitter cannabinoid of the cannabis plant is Delta-8 THC. Just like CDB, these Delta-8 molecules only exist in very small quantities in the marijuana plant. It even contains little traces of Delta-9 THC, the main psychoactive ingredient of marijuana. And like other forms of CBD you can buy Delta 8 online.

The discovery of, and experimenting with, Delta-8

Delta-8 was found way back in 1965 by a scientist named Raphael Mechoulam. After Raphael’s initial discover, there have been countless research projects focused on this cannabis compound.

Around 1975, scientists found that Delta-8 could effectively shrink cancerous tumors in rats. After this discovery, more rigorous research projects were undertaken. Fast forward to 1995, and an Israeli scientist discovered that Delta-8 could potentially be beneficial in pediatric cancer treatment in humans.

Delta-8 become better known with the passing of the 2018 US Farm Bill, when Congress passed an agricultural reform bill declaring Delta-8 as a legal cannabinoid, lifting a decades-old ban on hemp.

The Farm Bill stated that cannabis carrying less than 0.3% of Dela-9 THC in the final product would be considered a legal substance. While this finally allowed the sale and distribution of hemp derivatives, Delta-9 THC itself still remains illegal.

After the change in law, Delta-8 became available online and in hemp shops in most states. After having been banned for so long, it was odd so see the quick spread of Delta-8; it was even available even in some gas stations. A stranger sight was to see Delta-8 being legally sold in states like Arizona and Colorado, where Delta-9 is illegal.

The start of Delta-8 production

In 2019, when cannabis lovers and new startups were looking for legal extracts and variants of cannabis, they had many questions about the hitherto little-known secrets of the cannabis plant. At this time, Journey’s was one of the very first companies to launch into the production and sale of Delta-8, soon followed by 3CHI.

At first, people had assumed that Delta-8 was an inferior Delta-9 product, as it is less potent. But in truth, it was simply the case that no one understood the real potential of Delta-8 at that time.

The companies who did understand its value continued to manufacture Delta-8 products. And gradually, over time sales boomed, making it one of the fastest-selling products of 2021 (according to a recent report from The New York Times).

This exponential growth of Delta-8 has led to a dozen or even hundreds more companies starting manufacturing and selling Delta-8 products today.

What do people say about Delta-8 THC?

Though it might not be as popular as marijuana, Delta-8 can be found in many forms, including D8 smokes, D8 vapes, Delta-8 gummies, D8 tinctures, D8 oil, etc.

Fans of Delta-8 consider to a better alternative to recreational Delta-9 THC. Why? Because it delivers a very similar high when compared to Delta-9, although due to the less invasive quantity of Delta-9 present in Delta-8, the psychoactive effects are not as potent. This leaves its users feeling more normal and without any unpleasant paranoia or anxiety.

People describe Delta-8 as being ‘more peaceful’ and ‘less mental’, and some claim that Delta-8 gives a very mild fuzz. In some cases, Delta-8 has been found to cure anxiety and depression, although that entirely depends on the person and the severity of their mental illness.

The catch with Delta-8

While Delta-8 might be a fast-selling product, it is far more complicated and expensive to cultivate and manufacture under the legally allowed limits. While the chemistry and science behind it are quite simple, the processing of it can be difficult.

According to the US Farm Bill, this hemp is only allowed for regulation by the amount of Deta-9 it contains. And to make it even more complicated, Delta-8 and Delta-9 are so closely related that it is difficult to fully remove all traces of Delta-9 from Delta-8.

And as it is a newly regulated substance, many labs don’t carry the equipment required for the testing of these compounds. Some lab tests won’t even recognize the difference in both compounds.

Furthermore, under the federal drug law guidance, Delta-8 can be legally distributed only if it is extracted from hemp. If the substance is synthetically derived, the DEA will most likely prosecute its distributors.

Where can you buy Delta-8?

With the legal hurdles and the threat of DEA, Delta-8 sellers are always on their toes and, as a result, steer clear of selling D8 products in states where Delta-8 is explicitly prohibited. These include Alaska, Arkansas, Arizona, Colorado, Delaware, Iowa, Idaho, Montana, Mississippi, Rhode Island, and Utah.

However, it is best to always look deeper into the legal matters as they can get a bit confusing. State-controlled legislations have the full right to ban regulation of a substance it deems to be illegal. For example, several states that legalized weed a few years back for medicinal recreational purposes, such as Colorado, have banned the complete distribution and manufacture of Delta-8.

If you did want to try Delta-8 products, some of the most popular are:

Despite the complicated selling process, companies continue to make new and advanced Delta-8 products that wave the customers to this brand-new legal high madness. It’s a very different world to the one people experienced even just a few years ago.