Could the UK help save the future of the world’s rainforests? 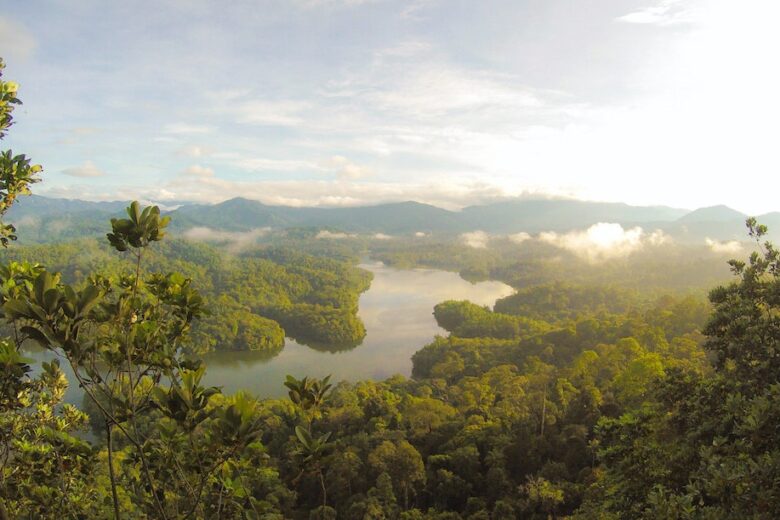 Find out why we all need to act now to help save the future of the world’s rainforests – and some practical actions you can take today.

As the deforestation crisis continues, world tracker the World Counts reveals that in 78 years, rainforests will cease to exist if we continue the harmful practices we have been relying on for decades. It goes without saying that in the last decade, the Amazon rainforest has had more than its fair share of crises. Plus, the ongoing events of the COVID-19 pandemic have even wrought havoc on the planet’s lungs.

Through increased illegal clearance operations that exploited the distracting circumstances of the global pandemic, deforestation in the Amazon increased by 55% in the first four months of 2020.

Recent reports suggest that only 3% of the world’s ecosystems remain healthy and intact, therefore it is crucial we all band together to tackle this crisis. With 22 June marking World Rainforest Day, we need to question how we can save the Amazon. But just how bad is the rainforest crisis?

In this article we explain the scale of the problem by posing this question: could the UK plant enough trees to help tackle the deforestation crisis in the Amazon?

One tree for another

Let’s look at the numbers.

So, in theory, would the UK be up to the challenge?

Let’s say, hypothetically, we could get all 68,000,000 UK residents on board with the idea. We would all have to commit to planting eight trees each – which doesn’t sound too much. Even if half the UK got involved, 16 trees is manageable, depending on if we have the space.

So, do we have the space?

As for farmland, however, it might be a struggle to fit in all 72% of it in England – and that’s before the following year when we would need to plant another 547,980,900 trees.

That leads us to the realistic problems:

With this in mind, we discuss why planting a tree to make up for cutting or burning one down is not an equal counter.

Out with the old, in with the new

One great example of age bringing experience to a job is with trees. In an interview with the BBC, Dr Erika Berenguer of Oxford University explained: “The older and larger the tree, the more carbon it stores.” The doctor continues to explain that a family car that emits three to four tonnes of carbon over the course of four years that can be stored in a tree with a three-metre circumference.

As for young trees, they absorb around 5.9kg of C02per year. So, the problem isn’t just losing one tree and replacing it with another, rather, it is the fact a newly planted tree cannot store the same amount of carbon as the large, older tree it is replacing.

Dr Berenguer explains: “Many people believe that to make up for what we’ve lost in the Amazon, we just need to plant trees elsewhere. But that is not the case”.

How we can make a change

Prevention is better than a cure. To regrow the trees that are lost in the Amazon would take years and years, therefore the best solution is to prevent any more of the rainforest from being lost to deforestation.

As outlined by World Rainforest Day, there are seven key actions we can take to help save the future of the world’s rainforests.

As the warmer months commence, if you’re looking for a way to spend your time in the garden, then planting a tree and providing it with the care it needs is something the environment will appreciate. So, when you’re working on improving your garden this summer, be mindful of how deforestation is happening as we speak and think of ways you can play your part this World Rainforest Day!

Compost Direct is an online retailer of sustainably sourced compost, mulches, plant feeds and more.The UK based company has partnered with 1% for the Planet, a global organisation that is currently working to support Rewilding Britain in its vision to restore and connect up areas of rich natural habitat across at least 30% of Britain’s land and seas by 2030.