Can meditation make you smarter? 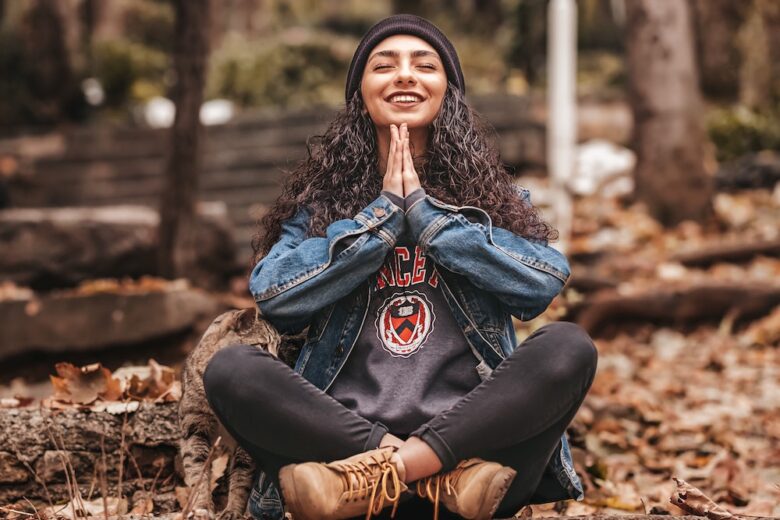 Many of us are aware that meditation is a good way to reduce anxiety and stress. However, the meditative practice goes beyond effectively taking a ‘chill pill’.

Meditation is also known to effect structural changes in your brain, which help with sharpening focus and boosting memory as well as multitasking skills. However, can this meditation and brain practice help you become smart?

Crystallized intelligence is your capability to use skills, information as well as experience already learned- normally, it is cerebral knowledge. This is likely to build as you grow older and is emphasized in western cultures.

Fluid intelligence, on the contrary, is your capability to recognize patterns, address novel issues and utilize logic in new cases. It’s not about how much you know; it is all about your capability to be aware, creative, visionary and innovative.

It is relatively simple to boost your crystallized knowledge; pay attention to podcasts, read, collect facts, learn. However, fluid intelligence is not like that. It is not about facts and figures. It is your capability to take something you have never seen in the past and work with it to become ingenious.

Now, research shows that there’s something you can carry out to enhance your fluid intelligence and your IQ in general drastically; meditation.

Meditation is not only good for physiological wellbeing, reducing stress, boosting mood and setting up for emotional equilibrium instead of reactivity. It can make you considerably smarter.

Association for Applied Psychophysiology and Biofeedback former president of neurofeedback division Siegfried Othmer has performed neurofeedback research on volunteers using brainwave training, a particular type of meditation. Those who meditated demonstrated an average gain in IQ of 23%, which is remarkable.

Not just did this practice boost their IQ, but the impact was lasting after the follow-up study was done one year later.

Volunteers who meditated showed considerable gains in focus, creativity as well as self-awareness.

Another great study in Consciousness and Cognition illustrated that after just a couple of days of daily twenty-minute meditation, volunteers show considerable developments in cognition, memory as well as reduced stress levels. Maybe most notably, the group which meditated scored ten times better on a working memory job, a vital part of fluid intelligence.

Why does meditation make you smarter? There are many reasons such as:

Are you aware that most of us make use of one brain half more than the other, making an imbalance? This practice has been proven to sync brain hemispheres, which allows faster neural communication as well as greater processing power. Suppose the creative right brain and the logical left brain start working together, solving problems becomes fast and easy. In that case, creativity improves, and deep thinking becomes standard, and concentration and focus magnify.

Entire brain synchronization time after time is shown in very successful people, and you can obtain this mind state via meditation.

By benefiting from what experts name neuroplasticity, experts from Wisconsin University found out that this practice beneficially boosts the neural gray matter thickness of specific brain parts. Meditation makes the brain smarter, faster as well as bigger in a similar way which physical exercise makes the muscles denser, stronger as well as more endurance.

Contrary to the extensively accepted opinion many years ago, the idea of neuroplasticity means your intelligence isn’t set from birth; there are specific things you can do to boost your brain’s performance.

Many studies show that neuroscientists have hooked meditation as the premier brain enhancer, which can boost intelligence on entire levels.

Meditation is the extremely best, simplest way to access the super beneficial mind states and can surely change your life in many diverse ways, including boosting your IQ.

Meditation improves your intuition and insight

Inner intelligence, however, comes from developing and listening to the inner voice. Also called insight and intuition, this practice is the way to tap into these latent capabilities. While this particular form of intelligence cannot be gauged with tests or quizzes, it is very useful and valuable on all levels, stimulating insights, natural; understanding without being taught, creativity, and assisting you to know beyond what our senses experience.

Some would argue that inner intelligence is an essential form for success in the real world if academic learning is finished or complete.  Many successful people, including Steve Jobs, commented that their keen brand acumen and revolutionary concepts from the gut feelings above all.

Memory is a main part of IQ and intelligence. From learning for tests to knowing new coding languages to recall names, memory is vital to everyday intellectual function.

Two important memory-related areas of your brain, the front brain lobe and the hippocampus, both show considerably improved activity during meditation. By encouraging these important parts is meditation, short and long term capacity boost, making the task, schoolwork as well as daily living easier.

A lot of us never learn to think through our feelings and address them in a very considerable and reasonable way, on the other hand, rather than being held prisoner by the reaction to outside stimuli. Even if you cannot control outside circumstances and forces, you are able to handle how you answer to them.

Meditation on a daily basis will provide you with emotional intelligence or EQ for short, that is, the capability to listen and tune into your emotions and feelings and then work in them in a thoughtful and calm manner.  What is more, emotional intelligence also assists you in reading and responds rightly to the emotional cues of others. This is another form of intelligence that is hard to measure but very essential in our world.