Are you a 5-9er? Why women are changing the face of business 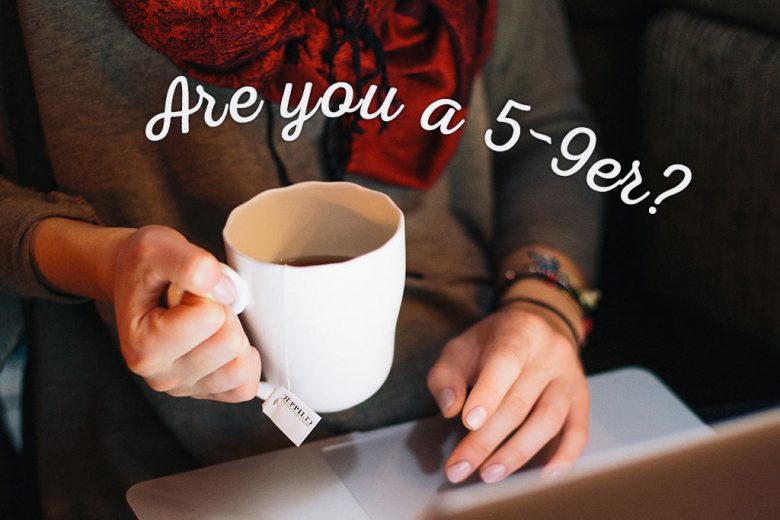 For years, as Dolly Parton sang, the traditional working day has been 9-5 (or often even longer). But as recent research reveals, all that is now changing, thanks to women!

Or more specifically, it’s down to the rapidly-growing army of women starting their own businesses from home and, after finishing their ‘real’ work day, are devoting their evenings to their business.

According to a survey last year by Etsy and RSA, thousands of such entrepreneurs  are changing the face of British business, as they challenge what we consider to be the very purpose of running a business.

Published in partnership with Etsy, the survey Breaking the Mould concluded that we’re on the brink of an important shift in the UK economy.

Most 5-9ers are women

A fifth of Etsy sellers, meanwhile, spend more than 30 hours a week on their businesses, and add more than 40% to their household income.

The survey also found that:

The report also revealed an interesting side-effect of this growth in female entrepreneurs. Moving away from a more masculine business model, sellers are collaborative rather than competitive.

48% of sellers recommend the products of other sellers to their buyers, and 37% said that where possible they source materials and supplies from other shops on the site.

“People selling on online craft marketplaces exemplify a new type of business owner – one who is driven to start up for creative reasons, has deep interactions with their customers, and provides subtle peer support to fellow shop owners.

Yet this is not a departure from capitalism but rather a return to its roots. Platforms like Etsy capture business as it was intended to be: colourful, full of humanity and resulting in exchanges that are to the benefit of all involved.”

Setting up business is empowering

Another insight from the report was that sellers found the process of setting up a business very empowering – they said they felt joy and fulfilment from the act of selling, and greater self-worth.

The report concluded that the collaborative nature of running a business, and the friendships formed on platforms like Etsy means that the benefits of entrepreneurship can be social as much as financial.

The survey discovered too that many sellers offer niche and customised products, and develop deep interactions with their customers – a sign of what may be to come in the wider business world.

As a result of its findings, the report made a number of recommendations:

Are you starting or running an Etsy or other online or 5-9 business? You’ll find plenty of helpful advice in these articles:

And if you do run a side business, don’t forget to register with HMRC as self employed!

You’ll also find plenty of guidance, tools and support in our membership club.